NOTE: We had to replace the original video posted here because the one we had up has been removed. Let’s see how long this video stays up… 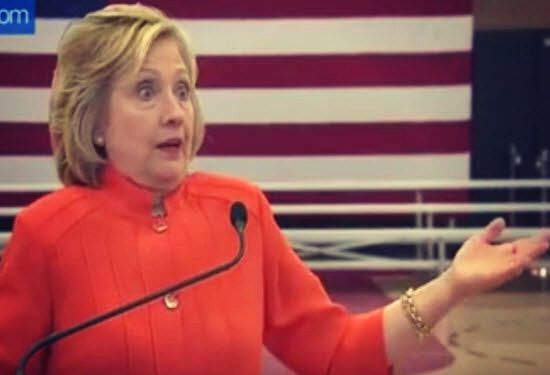 Hillary didn’t just get mad, she got really mad. Mad enough to cut her press conference short after this.

You can tell that because she realizes she’s on the campaign trail, she knows she has to at least try and act like a rational, composed human being, but she barely contains the rage here as the journalist refuses her b.s. answers to his repeated questions about her wiping her server.

At one point, she actually responds, “What, like with a cloth or something?”After that, they pulled the whole “We gotta go, we’re out of time,” routine and cut the press conference off.

It would seem this one with the classified emails on the personal server just isn’t going away. Do you think Obama and the Jarett camp are finally taking her down with this one?