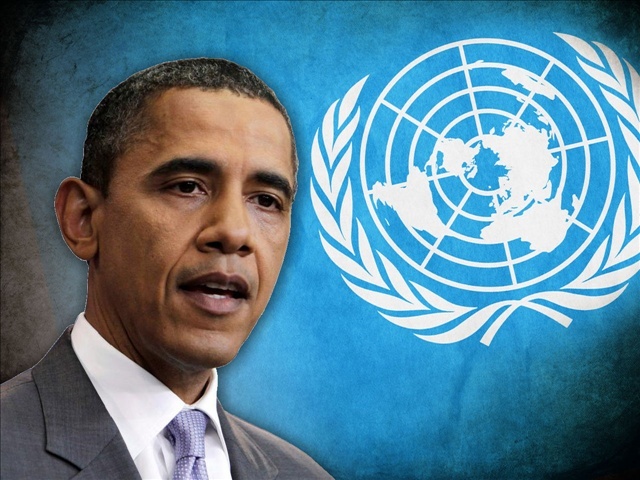 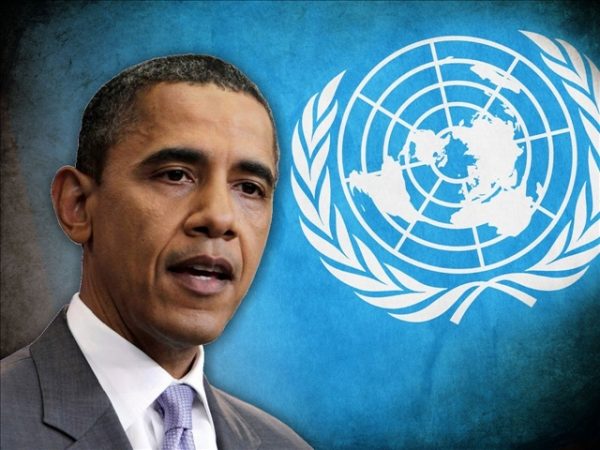 Recently, we witnessed the circus that is the United States Senate completely surrender its constitutional powers to the executive branch. Last November, we went to the polls and handed the Republican establishment the largest majority it has had in decades, only to watch them capitulate to the Obama regime on every single issue. From failing to defund Obamacare, reign in spending, and, most recently, stop the Iran deal, the Republicans have shown themselves to be the traitorous, communist infiltrators they are. What people need to see is that there is a conditioning process taking place, and the events revolving around the Iran nuclear deal are the most recent example. Here, little by little, Mitch McConnell, along with Bob Corker, virtually reworked the treaty provisions in the Constitution. The U.S. Senate is the only congressional body that has treaty-making powers, and they completely reworked the entire process, giving the president nearly all of the advantage. Treaties, under the U.S. constitution, need a two thirds vote from senators for ratification. Under the Corker bill, in order to stop the Iran deal, there would need to be a two thirds vote to stop it from being implemented by the White House. Why would the U.S. Senate surrender such an important aspect of their constitutional authority? Is there another agenda at work? Sadly, the answer to that question is yes. Many argue that the Iran deal is not a treaty but an agreement. The Senate had the authority to make it a treaty. Why didn’t they? It all revolves around a conditioning process designed to get the masses to accept the next big agenda item–The U.N. Small Arms Treaty. Many U.S. Senators have openly stated that they refuse to ratify this traitorous treaty; however, the new process established by the Corker bill may very well have changed the way treaties are passed from here on out.

There has been a lot of controversy surrounding the Small Arms Treaty. Many insist that it is international in scope and in no way would affect your right as an American to keep and bear arms. This a foolish assumption motivated by a fear of taking the time to do some research. The text of the treaty is quite clear in its intentions to disarm civilian populations, or people deemed to be “unauthorized recipients” of firearms and ammunition. The language of the treaty can be very misleading, as there are paragraphs that seem to support an individual’s right to own firearms based on the nation state’s own laws and constitutional systems. Take this paragraph from the Annex, concerning the pretext of the treaty, for example:

Mindful of the legitimate trade and lawful ownership, and use of certain conventional arms for recreational, cultural, historical, and sporting activities, where such trade, ownership and use are permitted or protected by law,…

Many people would read that and assume that, because our constitution protects our rights to keep and bear arms, this treaty would not affect us in anyway. The only problem with this assumption is that law makers from many states have changed their gun laws. Semi-automatic rifles and high-capacity magazines are no longer legal to own, in several parts of the country. This changes the term “permitted or protected by law” drastically. States like New York, Oregon and Connecticut have already passed new gun registration laws that have yielded a low success rate of compliance. Situations like this are where the next part of the treaty would be helpful.

1. In implementing this Treaty, each State Party may seek assistance including legal or legislative assistance, institutional capacity-building, and technical, material or financial assistance. Such assistance may include stockpile management, disarmament, demobilization and reintegration programs, model legislation, and effective practices for implementation. Each State Party in a position to do so shall provide such assistance, upon request.

2. Each State Party may request, offer or receive assistance through, inter alia, the United Nations, international, regional, sub regional or national organizations, non-governmental organizations, or on a bilateral basis.

3. A voluntary trust fund shall be established by States Parties to assist requesting States Parties requiring international assistance to implement this Treaty. Each State Party is encouraged to contribute resources to the fund.

President Obama would very much like to get Australian-type gun control laws passed, in which case, there would be very little that is “protected by law” that this treaty could not affect. In the event that people fail to comply with such laws, as they have in New York and other states, the U.N. would have legal authority to come in and assist local governments in disarming efforts. In fact, it is highly likely that the recent racial strife we have witnessed was intentionally fomented in order to push us into conflict; in which case, U.N. peace keepers would also have the authority to disarm conflicting parties under this treaty. The U.N. Program of Action to Prevent, Combat and Eradicate the Illicit Trade in Small Arms and Light Weapons in All Its Aspects states the following:

21. To develop and implement, where possible, effective disarmament, demobilization and reintegration programs, including the effective collection, control, storage and destruction of small arms and light weapons, particularly in post-conflict situations, unless another form of disposition or use has been duly authorized and such weapons have been marked and the alternate form of disposition or use has been recorded, and to include, where applicable, specific provisions for these programs in peace agreements.

Many people believe that ratification of this treaty would be an act of treason against the United States constitution that our politicians have sworn to uphold and defend, and, truthfully, it would be. Unfortunately, plans to disarm the United States have been in place for nearly six decades. State Department Publication 7277 describes the objectives of the United States as seeking a world free from war, where all nation states have been disarmed and merged into a system of international control in line with standards set by the United Nations.

The over-all goal of the United States is a free, secure, and peaceful world of independent states adhering to common standards of justice and international conduct and subjecting the use of force to the rule of law; a world which has achieved general and complete disarmament under effective international control; and a world in which adjustment to change takes place in accordance with the principles of the United Nations.

In order to make possible the achievement of that goal, the program sets forth the following specific objectives toward which nations should direct their efforts:

The U.N. Small Arms Treaty is the culmination of this plan. It is hard to argue that our military is not what it once was. Not only have our forces been reduced to almost nothing, but they have also been psychologically disarmed, as they have become a breeding ground of political correctness and social experiments. Our police forces are also being psychologically disarmed, as they are afraid to do their job, due to the intentional fomenting of racial strife. The disarming of military forces is the first stage of this plan. Stage two would include the establishment of a permanent peacekeeping force within the framework of the United Nations; and stage three would be the destruction of all remaining arms, in order to maintain international order. If you believe, at this point, that our second amendment will mean anything, you are foolish. If they are successful in disarming our military, there is no chance they will allow the civilian population to be armed.

This is high treason on a grand scale. The Obama administration has been involved in numerous scandals which involved gun running operations: Fast and Furious, which was used as a pretext to discredit the second amendment; and Benghazi, which was a gun smuggling operation arming Islamic terrorists for the purpose of taking out Syrian President, Bashar al-Assad. President Obama has no right to move forward with this treaty, and doing so is, in fact, an act of treason against the American people. Only a mass movement of noncompliance can stop this.