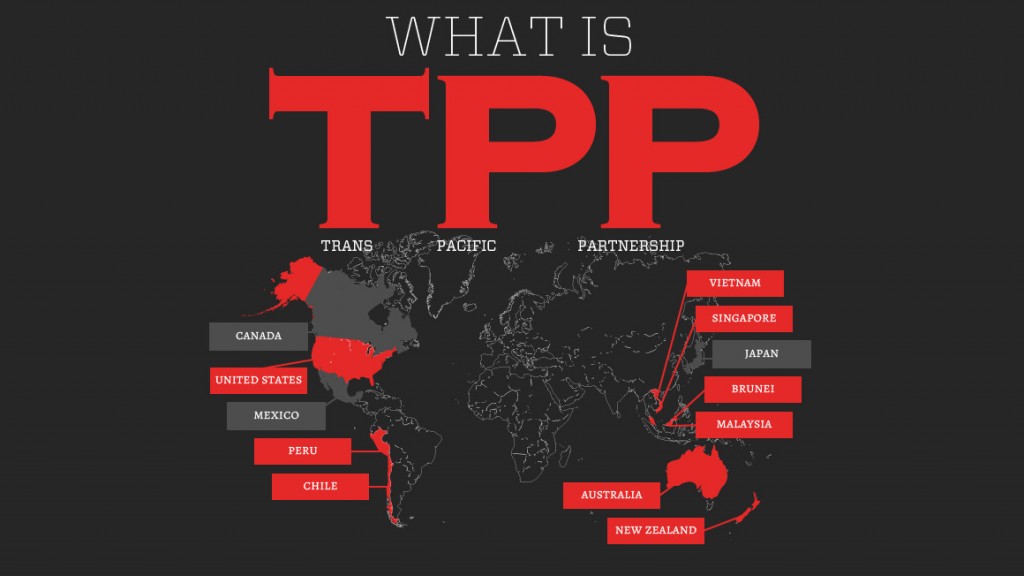 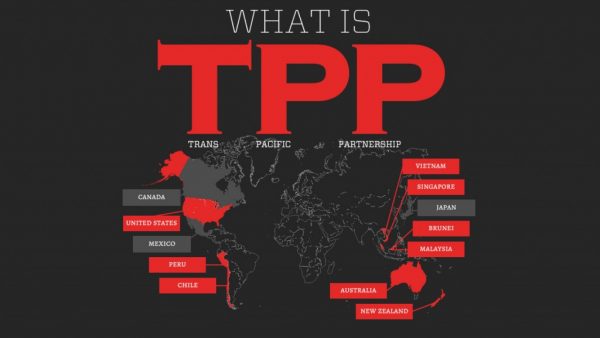 People are aware that TPP is being negotiated behind closed doors, but what is it?

Shrouded in secrecy and lacking in transparency to the extent that it has blocked off stakeholder participation, the TPP is a multi-national trading agreement across 12 countries involving the banks, Big Pharma, software, food and the likes of tobacco corporations who are lobbying governments to introduce the rewriting of laws and rules that will make further restrictions on intellectual property rights.

This has a number of negative implications that could well affect you.

Described as the ‘dirtiest deal you’ve never heard of’ from leaked documents, if the unfair TPP is allowed it could have an effect on food safety, labor laws, environmental protection and the right to internet privacy.

This in effect means that you, your family and friends could be paying more for essential medicines, having to be subject to tighter controlling petty laws on copyright-protected property, allowing Internet Service Providers to spy…and that’s just the beginning.

The TPP will grant corporations the right to sue governments should a law or regulation affect their anticipated profits. Don’t believe this? The truth is it’s already started. Consider the case of US Big Pharma giant Eli Lilly: It was reported that the corporation sued Canada for recently stating that the price increases for patents had not been legitimate, which meant that the Canadian taxpayers had to pay up a massive $500 million!

Further, Germany is now demanding billions of dollars for gradually making nuclear power redundant as a consequence of the Fukushima disaster and imposing coal fire based electric powered plants that weren’t proven up to environmental standards….

A number of other corporations such as Chevron are getting in on the TPP act as well, trying to usurp millions of taxpayer dollars while attempting to reverse crucial polices that we’re dependent on….

However, not everybody is willing to give TPP their approval. In fact, many officials in government have no real understanding of what it means to approve TPP. Having said that, at least a number of Republicans and Democrats have come together to refuse fast tracking the TPP….

Will this be enough to resist the insistence of the giant corporations to get the deal fast tracked? What about the damage this could cause we-the-people?

Now is the time for the people to stand up to this unfair partnership. If the public voice is not strong enough to be heard and overwhelm, then the politicians will only carry out the wishes of the corporations. If the TPP is signed then there’s no going back.

TPP has been dubbed as a ‘free trade agreement’ but it has nothing to do with freedom for the likes of you and me…we-the-people.

This is the chance to make your voice heard, spread the word far and wide.

You can read more from Paul A. Philips at his site New Paradigm.