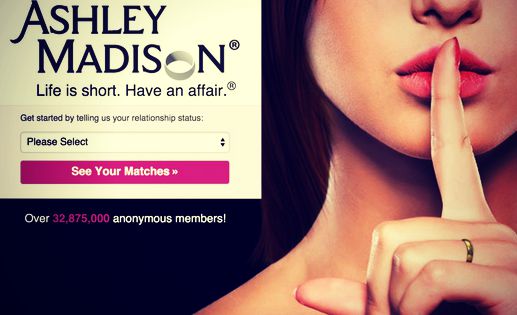 At least three people have reportedly committed suicide now after being outed as cheaters from the Ashley Madison extramarital affair website hack and subsequent leak of some 37 million email addresses worldwide.

Gorhum was apparently easily outed because he used his work email which was easily recognizable. Another San Antonio detective was also on the site. As Photography Is Not a Crime pointed out, “We can expect many more government officials to be exposed who did not have the foresight to use an anonymous email.”

Two more people in Canada have also committed suicide because of the hack, but Toronto police have not released any further details according to BBC.

The website’s slogan is, lovingly, “Life is short. Have an affair.” They forgot, “… that everyone will find out about” on that second sentence.

CNN is reporting that the hack is “ripping marriages apart”… although, wouldn’t it ultimately be the CHEATING that’s doing that?

Not that suicide is the answer, but it’s kinda hard to keep reading these whiny media stories sympathizing with cheaters about how sad it is for them they might lose their job because they signed a morality clause or that some guy’s wife is leaving him and taking half because she can prove he was cheating on her left and right. Didn’t your parents teach you how to take some responsibility for your own behavior? It’s not the hacker’s fault you cheated in the first place.

Again, suicide is not the answer, but the fact that 37 million people… that’s million… got outed in this cheating hack is a pretty sad statement about society in general.