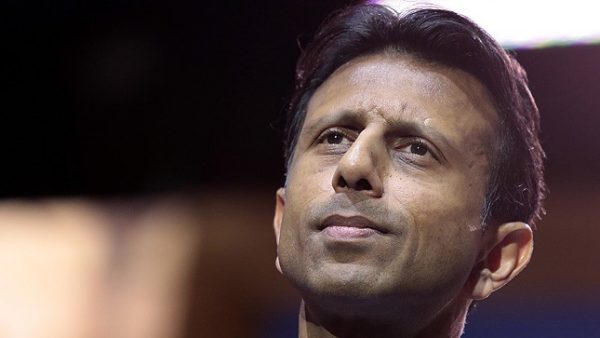 Unless you were hiding under a rock this past Saturday you likely noticed that pro-life activists across the planet gathered together to protest Planned Parenthood and abortion. Millions of people around the world met in front of abortion facilities to pray, implore, sing and beg for the lives of so many little ones being butchered every day. In Louisiana, baby murdering activists decided that they would mount a counter-protest at the home of Louisiana Governor Bobby Jindal (R-LA).

Governor Jindal understood how boring it could be to have to stand in one location for a few hours, so he decided to set up in-protest entertainment for the gathered pro-abortionists. Being the kind man that he is, Governor Jindal set up screens and speakers and played a series of movies for the protesters. The films he chose were the undercover videos showing the gruesome and immoral work being done at Planned Parenthood clinics around the country! The footage was so difficult to bear that the protesters actually pulled up stakes and moved further away from the Governor’s mansion in an effort to avoid having to listen to the disgusting nature of Planned Parenthood’s work.

We will play the videos on a screen outside the LA Gov. Mansion so those protesting my decision to defund Planned Parenthood know why.

This is just another of the many reasons that Bobby Jindal deserves serious consideration as the next President of the United States. He is a man of principle who has worked hard to safeguard his state from the violence and evil that is abortion. He’s also a man of faith who is a serious fiscal and social conservative and he is proud to stand for the things that we believe in.