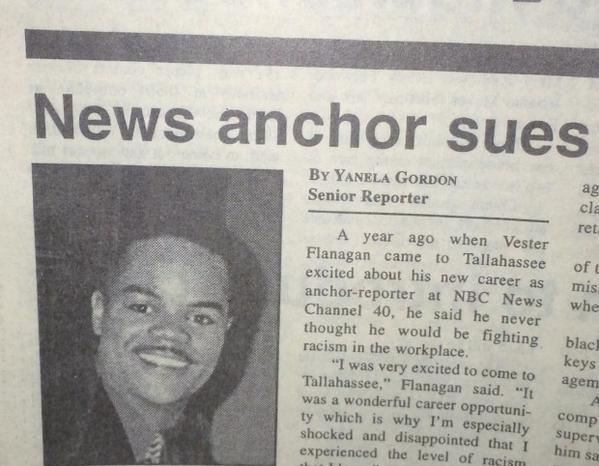 The gunman responsible for the live on air shooting of reporter Alison Parker and cameraman Adam Ward said part of his motivation for the attack was Parker making “racist comments.”

The shooter says his motivation was the victim making “racist comments”. #WDBJ pic.twitter.com/aBLeW6Jtqw

The suspect, identified as Vester Flanagan, otherwise known as Bryce Williams, was a disgruntled ex-employee of news network WDBJ. In an extraordinary series of tweets, which included point of view videos Flanagan posted of himself shooting Ward and Parker, the gunman said that Parker had made “racist comments”. “They hired her after that?” Flanagan subsequently tweeted. Twitter suspended the account within minutes of the tweets being posted. Flanagan also sued the NBC network for racism.

The gunman later shot himself following a police manhunt.