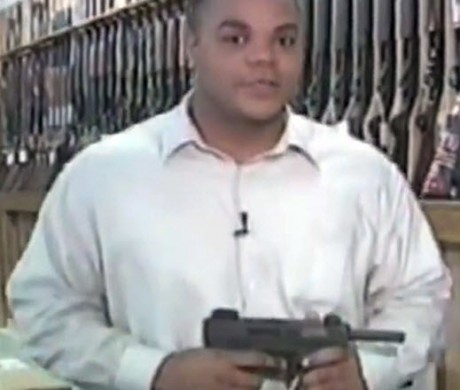 Have you noticed that more Americans than ever seem to be going totally insane?  When even reporters start going on racially-motivated shooting sprees, you know that things are getting crazy in this country.  On Wednesday, most Americans were absolutely stunned to learn that a former WDBJ-TV reporter shot and killed a 24-year-old female reporter named Alison Parker and a 27-year-old male cameraman named Adam Ward right as they were in the middle of shooting a live news segment at 6:45 in the morning.  As a reporter, the shooter was known as “Bryce Williams”, but his legal name was Vester Lee Flanagan II.  He fled the scene, but was later tracked down by police.  Before they could take him into custody he shot himself, and he later died at a hospital in northern Virginia.  So what would cause a talented young man to do such a thing?

In the United States, we tend to put journalists up on a pedestal.  We consider them to be role models for the rest of us, and most Americans implicitly trust whatever they have to say.

But now one of our “trusted journalists” has gone on a shooting spree that was clearly fueled by racial hatred.

On Twitter, Flanagan claimed that Parker had “made racist comments” and that Ward had once complained to human resources about him.

Are those really reasons to start shooting people?

Of course the truth goes much deeper than that.  Before he passed away, Flanagan had faxed a 23 page manifesto to ABC News.  In that 23 page document, it is very clear that Flanagan very much considered his actions to be part of an emerging “race war”…

In the 23-page document faxed to ABC News, the writer says “MY NAME IS BRYCE WILLIAMS” and his legal name is Vester Lee Flanagan II. He writes what triggered today’s carnage was his reaction to the racism of the Charleston church shooting:

“What sent me over the top was the church shooting. And my hollow point bullets have the victims’ initials on them.”

It is unclear whose initials he is referring to. He continues, “As for Dylann Roof? You (deleted)! You want a race war (deleted)? BRING IT THEN YOU WHITE …(deleted)!!!”

These are the ramblings of a very sick, twisted and hate-filled individual.

Why in the world can’t we all just learn to love one another and respect one another?

Instead, the mainstream media and many of our “national leaders” are constantly fueling racial tensions in this nation.

An atmosphere of hatred and violence is seemingly being purposely created in America, and we are starting to see some really bizarre things happen.

Another example of this phenomenon recently happened in the city of Omaha.  Two thugs stole a purse from a 76-year-old woman (which isn’t that unusual), and then one of them decided it would be fun to punch her full force in the head…

Police in Omaha have arrested one of the individuals seen brutally punching a 76-year-old woman in a video that went viral earlier this week.

The incident occurred last Sunday morning at St. Cecilia’s Cathedral. The elderly lady is seen on a security camera picking up a pamphlet before she is blindsided by two thugs, one of whom steals her purse. The other individual then punches the woman full force in the head. She collapses to the ground and subsequently had to be taken to hospital.

After tips poured in from the public, police arrested 22-year-old Wayman Clark, the individual seen throwing the punch in the video. The man who stole the woman’s bag remains at large.

Personally, I hope those thugs get put away for a very long time.  How in the world can anyone justify treating a 76-year-old lady like that?

Sadly, it isn’t just street thugs and ex-reporters that are going crazy.  The truth is that we even have homicidal maniacs at the top levels of our society.  And I am not just talking about Planned Parenthood either, although I could easily do an entire series of articles about their savagery.

A recent piece by Michael Krieger pointed out the crazed statements that retired U.S. Major General Robert H. Scales made during a television interview earlier this year.  Apparently he feels that what we really need to do is to “start killing Russians” and send them back “to the motherland in body bags”…

“The only way the United States can have any effect in this region and turn the tide,” Mr. Scales said, “is to start killing Russians … killing so many Russians that even Putin’s media can’t hide the fact that Russians are returning to the motherland in body bags. But, given the [small] amount of support we’ve given to the Ukrainians, given the ability of the Ukrainians themselves to counter-attack against these, what? 12,000 Russians camped in their country…sadly that’s not likely to happen.”

Is it any wonder why anti-American sentiment in Russia is so strong right now?

Most Americans have never even heard about that interview, but in Russia that clip is a very big deal.

These days, many Russians consider us to be trigger-happy warmongers, and that is not too far from the truth.

One of the reasons why I write articles like this is so that we will all take a very long look in the mirror and see what we have truly become.

At one time America was the most loved nation on the entire planet, but now we are regarded by much of the world as degenerate pig people that have no class at all.

It would be nice if we could actually defend ourselves against that accusation, but the truth is that our country has become a cesspool of garbage and filth.

I mean this quite literally.  Just consider what is going on in San Francisco…

In an exclusive interview with NBC 4 New York, Giuliani revealed that he recently filed a complaint about a homeless man camped out on his East Side street.

“I myself, two weeks ago, had to go to a precinct to complain about a homeless person who was defecating and urinating,” he said. “Do you know when people lived on the streets and didn’t use bathrooms inside? It’s called the Dark Ages.”

I don’t want you to think that I am coming down on homeless people, because I am not.

If you go visit major cities throughout Europe, many of them have streets that are clean as a whistle.  People simply behave differently over there.

In the U.S., everything is decaying – our language, our infrastructure, our manners, our schools, our finances, our families and our political system.

So is there any hope for the future of this nation?  Please feel free to join the discussion by posting a comment below…