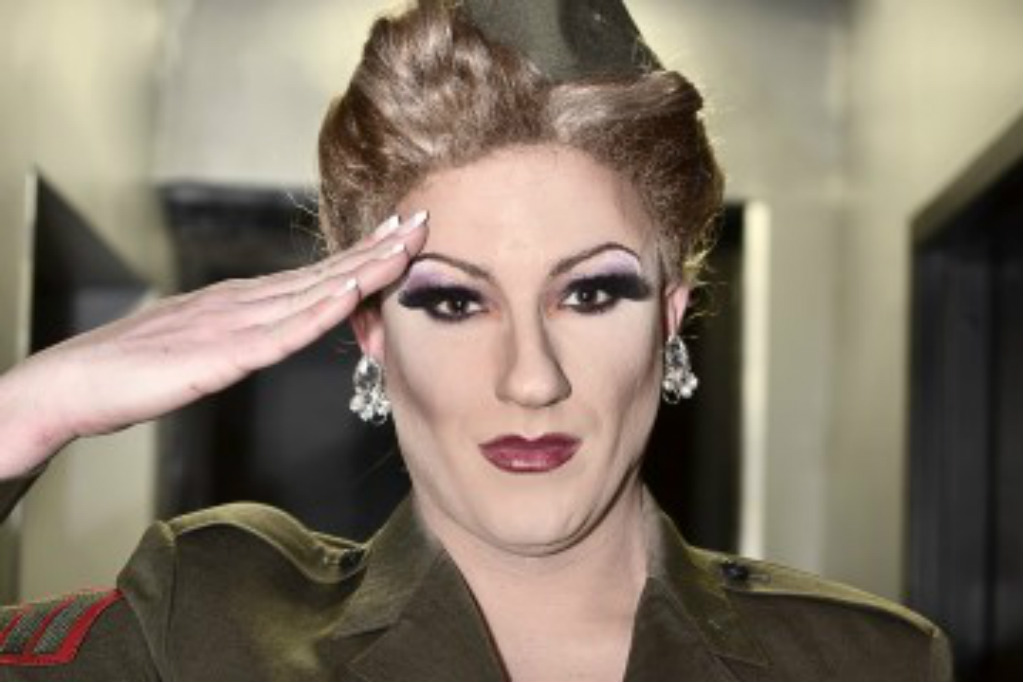 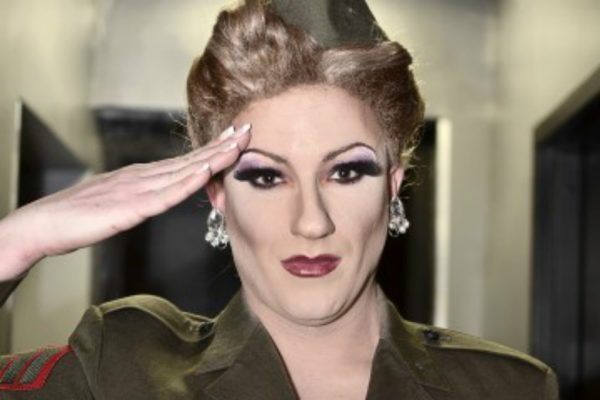 The Pentagon’s ban on transgender troops would end May 27 under a draft timeline on repeal of the policy that affects about 12,000 troops, according to a document obtained by USA TODAY.

The memo, circulated last week among top personnel and medical officials, lays out the road map for ending the policy and highlights some of the potential issues, including a pilot program that would provide leaves of absences for transgender troops being treated with hormones or having surgery.

Meanwhile, Army and the Air Force leaders know for sure of about 20 transgender troops in each service, according to a Defense Department official familiar with the issue who spoke on condition of anonymity because officials were not authorized to speak publicly. The condition of gender dysphoria disqualifies them from service under current policy, but a de facto moratorium on dismissals was enacted last month by Defense Secretary Ash Carter.

Carter ordered a six-month review of the issues surrounding transgender troops with the assumption that they can serve openly unless “objective, practical impediments are identified,” the Aug. 19 memo says. During that period, one of Carter’s chief deputies would have to approve any request to discharge transgender troops.

The memo details a list of issues surrounding the open service of transgender troops, including medical treatment, housing, uniforms and physical fitness standards.

Pentagon officials will consider a pilot program that would allow transgender troops under medical treatment to take a sabbatical from service, returning to the ranks after they have made their transition to the other gender. They must also decide whether transgender troops being treated are eligible for deployment to war zones, the memo says.

Now, we must ask ourselves, why are they pushing for homosexuality to be explicitly open in the military? It is all being done to push the sodomite ideal of the elite homosexual warrior. They want to, essentially, restore the pagan image of the homosexual fighter. The soldier who sodomizes other men, slaughters his enemies, inflicts cruelty, while at the same time defying nature and order.

When the Spaniards came to Texas they had to fight Native Indian warriors who dressed as women and fought ferociously. It must have been a truly terrifying sight. The Spanish explorer Núñez Cabeza de Vaca described the Indians as having

diabolical practices […] a man married to another man, amarionados or effeminate, impotent men that dressed like women and performed women’s duties, nevertheless, they fired the bow and the arrow and could carry heavy loads on their persons. We saw many amarionados, although taller and sturdier than the other men. Many of these men practiced the sin against nature.

Bernal Diaz Del Castillo, the 16th century adventurer and conquistador, wrote in his book, The Truthful History of the Conquest of New Spain, about how he witnessed the eating of “human meat, just like we take cows from the butcher’s shops, and they have in all towns thick wooden jail-houses, like cages, and in them they put many Indian men, women and boys to fatten, and being fattened they sacrificed and ate them.”

Homosexuality and cannibalism are most definitely interconnected. Read my long essay on how the same people who are pushing the homosexual agenda are also those push for cannibalism.

Why do you think the Pentagon and the homosexual activists are promoting Christopher Beck, the Navy Seal who got a sex change operation and now calls himself “Kristen Beck?”? They want to advance the pagan image of the sodomite warrior.

So many serial killers are homosexual, and I had to further explain this point in a video I just did, proving the pagan and murderous conspiracy behind pushing this perversity:

The only law that needs to be passed, in this regard, is one that has these trans freaks put to death.

A Navy Seal named Christopher Beck got a sex change operation and now walks around in a dress and identifies himself as a woman, and is now running for Congress in Maryland. When I read this ridiculous story about this freak, I couldn’t help but wonder, “If a man doesn’t even know what gender he is, how could you except him to be a good leader?” This mutant is delusional, and all those who support him are part of the delusion.

When I first heard about this mutant who was a SEAL and now walks around wearing a dress, and who is now running for Congress, the first thing that came to mind was the movie Silence of the Lambs. That movie is not just a horror movie, its an educational film about what homosexuality and “transgenderism” is really about.

This freak wants to become a congressman, and we should never desire nor allow such a delusional person to be in politics. I decided to confront Beck’s campaign. I called and confronted his campaign manager, Republican Mike Philips, a loser who lost in his attempt to run for Congress in Maryland. Mike is also part of the delusion, since he admitted to me that Beck’s DNA is male, while at the same time referring to him as a “she” and a “her.” Its completely dishonest and only validates the current delusion of the psycho invasion that only desires to redefine truth. And since God is The Truth, we know that the fixation on redefining truth is only an attempt to rival God, Who holds all things and against Whom no one can win. Mike also believes that the murder of an individual baby life is okay as long as the child was conceived in rape. Mike, a true coward, hung up the phone on my face.

After getting defeated, Mike has now whored himself to the homosexual agenda, supporting and campaigning an agent being used by the Pentagon to advance the homosexual and anti-human agenda. While looking at Beck’s website, there is a list with names of Democratic leaders in Maryland. The names on the list include Democrat leaders Cliff Savoy, Lauretta Miles, and Jewell Braugnier.

I called up Cilff Savoy, the Chairman for the Calvert County Democratic Party Democratic Central Committee of Calvert County. When I asked Cliff about Beck, Cliff hung up the phone on my face. What I don’t understand is that if a “transgender” running for office is so great, why are these “progressives” so hesitant to discuss it with someone who disagrees with them?

I also called Lauretta Miles, the president of the Northern Democratic Club of Charles County. She was quite elusive in answering my questions, and never gave any opinion on Beck. I also called Jewell Braugnier, president of the Western Charles County Democratic Club. Braugnier sincerely believed that Beck was a woman; no one told her that Beck was a cross dressing freak, so I was obligated to inform her. She was shocked to hear the truth and was glad that I told her. She wasn’t even told that her name was on Beck’s website. Braugnier didn’t like Beck anyway because Beck sent her an email in regards to a speaking event, and when Braugnier responded, Beck never responded back. I filmed all of the conversations and compiled all of them into one video:

Beck is a walking delusion, and a living aberration against nature, order, and truth. God is the The Truth — He is the absolute Truth — and whoever dares to attempt to change reality, dares to rival God Himself. Beck is an infiltrator, sent by the Pentagon to percolate the homosexual and depraved ideology of the antichrist modernist heresy.

With tax payer money, the US government payed for Beck to push for “transgenders” to be in the military. One Pentagon official said:

Who’s paying for this?… Especially in these trying fiscal times with reduction-in-force boards, selective early retirement boards and early terminations for our enlisted ranks, someone is wasting money by mainstreaming a transgendered veteran?

Last year, Beck spoke to the Department of Intelligence Agency for its annual “Pride Month”. The walking abomination also was given an award from DIA Director Army Lt. Gen. Michael Flynn. According to the DIA’s newsletter, in the speaking event Beck pushed for “allowing transgenders in uniform.”

Elaine Donnelly, president of the Center for Military Readiness, rightfully objected to this perversion by saying:

Before President Obama imposes another extreme element of LGBT law, he should consider the consequences for the majority of men and women in uniform… They should not be forced to participate in an unprecedented social experiment that does nothing to strengthen our military.

This whole thing is a conspiracy, designed by the devil worshippers in the government to push for this satanic aberration. The only thing that needs to be done by the state is the punishment of evildoers the rewarding of the righteous. The Scripture says,

A woman shall not wear anything that pertains to a man, nor shall a man put on a woman’s garment, for all who do so are an abomination to the Lord your God. (Deuteronomy 22:5)

Let the state be righteous, and let it use the sword against this demonic subhuman.