And Donald Trump has massive investments in this barbaric state — which is most likely why he attacked me after the Garland jihad attack.

Any woman who lives in a Muslim country surrenders her freedom, her rights and her children.

Where is NOW, Planned Parenthood and the other ghouls who co-opt women’s issues for their own political gain, while abandoning the most helpless women?

Afsana Lachaux, now 47, had been a successful civil servant and worked as a policy adviser for Gordon Brown and David Blunkett when she met French engineer Bruno in 2008. They married two years later, moved to Dubai and had a son, Louis, but when the marriage broke down in 2011 Afsana’s dream turned into a nightmare as she was branded an unfit mother and falsely accused of kidnap before her little boy was cruelly taken away from her. Reasons given by the court for awarding custody of the child to his father rather than Afsana include her inability to breastfeed, the fact that Louis suffered from eczema, that some of her friends are gay, and that she sent an “un-Islamic” text message to her ex-husband wishing him a happy Christmas. Bruno is a Christian and Afsana a non-practising Muslim. Now back in the UK, Afsana told the Mail on Sunday she fears she won’t see her son again until he is 18 – if ever – and feels the Islamic legal system has stolen her son. The mum, who has two grown-up sons from a previous marriage, explained how her perfect relationship fell apart almost as soon as it had begun.She said: “I was ecstatic. I’d been given this blessed, final chance to have another child later in life.“I truly believed I was beginning the happiest period of my life. I quickly realised that the reality of being Bruno’s wife was vastly different from seeing him for what were like a string of holidays during our courtship.“From the moment I set foot on Emirati soil, I feel my fate was sealed.

“Bruno controlled all the finances. He was critical because I couldn’t breastfeed. He restricted access to the internet in our home. I naively didn’t know how little power women had.

“When I wanted to work he suggested I become a maid. We had constant arguments because he said I wouldn’t obey him and he kept reminding me that we lived in an Islamic country now where a man’s word is law.” 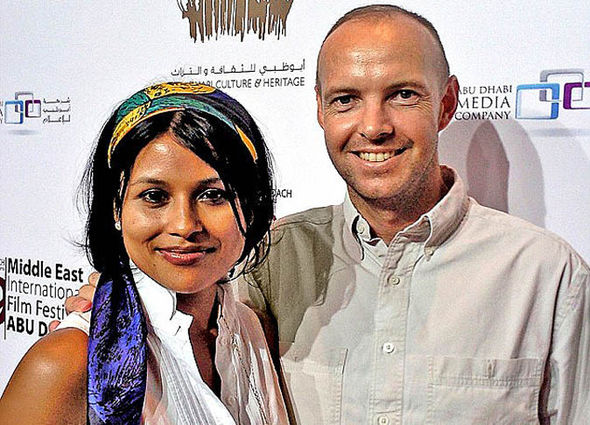 Afsana said she was terrified by her husband’s behaviour – although he denies any wrongdoing – but after one particular argument she was the one who ended up being questioned by police after Mr Lachaux accused her of attacking him.The frightened mother had to go to the police station to make a statement and while she was there officers asked why she didn’t obey her husband. The visit was the first of many run-ins with the sharia legal system, which would eventually lead to Afsana being forced to flee the country without her child. When she moved out of the family home with Louis she was charged with abduction and arrested. Afsana and her son were thrown into a filthy prison cell and left there for four hours with no water. After the ordeal her passport was seized. By February 2012, the desperate mother and her baby son had moved into a women’s refuge and divorce proceedings were going ahead without her.Panicked, Afsana fled the refuge with Louis and went into hiding.In her absence the court ruled she “didn’t obey her husband, was careless in taking care of her son because of his eczema and spent evenings at nightclubs”.The divorce was granted in October 2013 and Mr Lachaux, 38, was awarded custody of Louis.

We had constant arguments because he said I wouldn’t obey him and he kept reminding me that we lived in an Islamic country now where a man’s word is law.

Just a few days later, when one of Asfana’s friends was looking after Louis, her ex-husband took the child. She said: “It had been my worst fear.  It felt as though my world had ended. I cried for weeks, begging the Foreign Office for help. But there was nothing they could do. The court had decreed my ex-husband had custody, no one could do anything about that.” Afsana was found guilty of abduction – the sharia court refused to hear her side of the argument – and she was sentenced to one month in prison, suspended for three years. When her passport was finally returned in March 2014 she was advised by her lawyers to leave the country.Afsana has been granted visitation rights to see her son for three hours a week – but only if she travels to her ex-husband’s Dubai home, accompanied by a male relative. 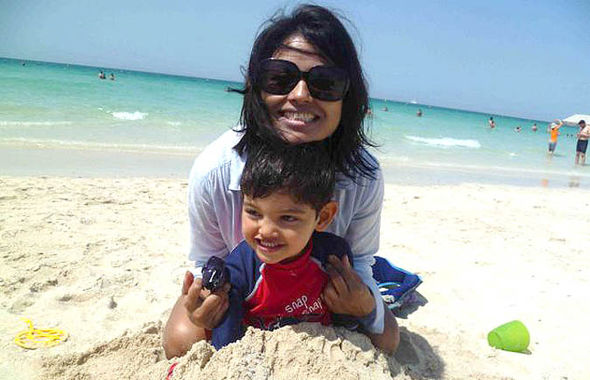 She said: “They made it impossible for me. I know that the moment I set foot on Dubai soil I would be arrested again and my passport seized. My MP believes I would end up languishing in a Dubai prison for years. It’s a no-win situation.” Right now I feel as though those sharia judges stole my son.  And all I can do is hope.” Louis will be at school now.  His school friends will all have mothers. He must wonder where I am.  I worry that he has been told I have abandoned him.  Sharia law has allowed me to be wiped out of Louis’ life.” The British government has told Afsana it cannot interfere with the sharia court’s ruling and the Foreign Office issued a warning to British women living in the UAE that they will face custody proceedings under the same laws should their marriage breakdown, regardless of their religion or nationality.Meanwhile, Afsana has created a Bring Louis Home website in the hopes she can persuade the authorities in Dubai to change their mind. If that doesn’t work, she will just have to wait.She added: “My only hope is that when he is 18, Louis will come looking for me.”Mr Lachaux’s lawyers did not respond to a request for comment.