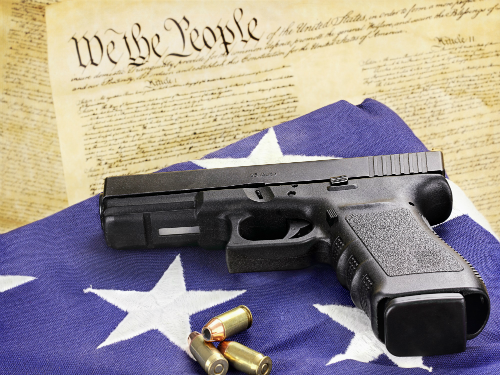 When Mario Meza-Rodriguez was five years old, his parents brought him into the United States illegally. By the time he was an adult, he managed to get in trouble with the police after getting into a bar fight two years ago. When the police arrested him, they discovered a .22 caliber pistol in his pocket. Even though illegal aliens can’t own firearms under federal law, Meza-Rodriguez argued in court that charging him for possessing the pistol would violate his Second Amendment rights. The court disagreed. He was convicted and deported.

However, the 7th Circuit Court has recently ruled in Mario’s favor, while also upholding his conviction. They believe that the words “the people” in the Second Amendment, apply to everyone in the US, including illegal aliens. At the same time though, they believe that his conviction is still valid since the US government can restrict gun ownership for known law breakers. Mario’s lawyer is challenging their decision on the grounds that it contradicts itself.

Their decision is certainly confusing. Obviously, everyone in this country is supposed to have certain rights regardless of their citizenship status. Even if you’re an illegal, you be can’t be imprisoned indefinitely without trial, you can’t be tortured into a confession, and you have the right to an attorney (at least you did before 9/11). But once you’re convicted, you can lose your rights. If you couldn’t restrict the rights of a known criminal, then you couldn’t punish anyone for anything. If you ask me, it sounds like the 7th Circuit Court is trying to establish a new precedent for illegal aliens.