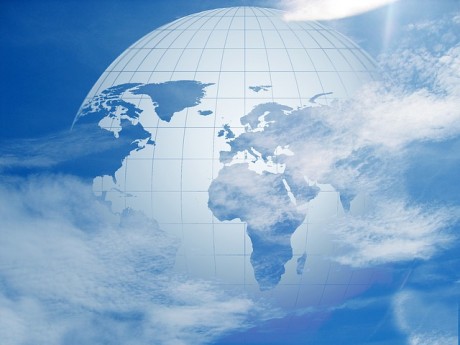 Is September 2015 going to be one of the most important months in modern American history?  When I issued my first ever “red alert” for the last six months of 2015 back in June, I was particularly concerned with the months of September through December, and not just for economic reasons.  All of the intel that I have received is absolutely screaming that big trouble is ahead.  So enjoy these last few days of relative peace and quiet.  I mean that sincerely.  In fact, that is exactly what I have been doing – over the past week I have not posted many articles because I was spending time with family, friends and preparing for the national call to prayer on September 18th and 19th.   But now as we enter the chaotic month of September 2015 I have a feeling that there is going to be plenty for me to write about.

Throughout history, there have only been 11 times when the S&P 500 has declined by more than five percent during the month of August.  When that has happened, the stock market has almost always fallen in September as well…

September is the only month in which the S&P 500 fell more frequently than it rose. What’s more, in the 11 times that the S&P 500 fell by more than 5 percent in August, it declined in 80 percent of the subsequent Septembers, and fell an average of nearly 4 percent.

Last week, there was a rally after the initial crash.  I warned that this would happen in advance, and we have seen a similar pattern play out during almost every market collapse throughout history.  The following comes from John Hussman…

As I noted early this year (see A Better Lesson than “This Time Is Different”), market crashes “have tended to unfold after the market has already lost 10-14% and the recovery from that low fails.” Prior pre-crash bounces have generally been in the 6-7% range, which is what we observed last week, so I certainly don’t see that bounce as having removed any of our concerns. We remain extremely alert to the prospect for much more extended market losses.

So how far could stocks eventually fall?

We fully expect a 40-55% market loss over the completion of the present market cycle. Such a loss would only bring valuations to levels that have been historically run-of-the-mill.

One thing that could accelerate stock market losses this time around is the fact that people have been borrowing lots and lots of money to buy stocks.  That works when the stock market just keeps going up, but once the market turns the margin calls can lead to panic selling on a massive scale.  The following comes from a recent piece by Wolf Richter in which he describes some of the chaos that we have already been witnessing…

Energy stocks and bonds crashed, even those of some large companies like Chesapeake. Some have reached zero. All kinds of other stocks and bonds have gotten eviscerated over the past few months, even tech darlings like Twitter or biotech giant Biogen. Portfolios with a focus on the wrong momentum stocks took a very serious hit.

And margin calls went out. The Journal:

Some lenders, including Bank of America Corp., are issuing margin calls to clients after the global market drubbing of the past week, forcing investors to choose between either putting up more money or selling some of the securities underlying the loans.

Other banks too sent out margin calls, including U.S. Trust, Morgan Stanley, and Wells Fargo, according to the Journal. With margin calls mucking up the scenario, spooked investors are trying to lower their leverage before they’re forced to, and the boom in securities-based lending appears to be over. And the wealth units of the banks that gorged on these loans are likely to see their profits dented.

If that continues, a much crummier thing happens: margin balances reverse. And the last two times they did after a majestic record-breaking spike, the stock market crashed.

For some more technical reasons why another wave to the downside is coming, see an excellent article entitled “RED ALERT for 2nd CRASH DOWNWAVE…” by Clive P. Maund that you can find right here.

In addition to the chaos in the financial world, we are also witnessing a convergence of events during the month of September that is pretty much unprecedented.  I know that I have never seen anything quite like it in my lifetime.

Recently, I put together a list of 33 events that we know will happen next month, and you can find that list right here.  Instead of repeating the entire article, I just want to highlight a few items from the list…

September 13 – The last day of the Shemitah year.  During the last two Shemitah cycles, we witnessed record-breaking stock market crashes on the very last day of the Shemitah year (Elul 29 on the Biblical calendar).  For example, if you go back to September 17th, 2001 (which was Elul 29 on the Biblical calendar), we witnessed the greatest one day stock market crash in all of U.S. history up until that time.  The Dow plunged 684 points, and it was a record that held for exactly seven years until the end of the next Shemitah cycle.  On September 29th, 2008 (which was also Elul 29 on the Biblical calendar), the Dow plummeted777 points, which still today remains the greatest one day stock market crash of all time in the United States.  Now we are in another Shemitah year.  It began in the fall of 2014, and it ends on September 13th, 2015.

September 15 – The 70th session of the UN General Assembly begins on this date.  It has been widely reported that France plans to introduce a resolution which will give formal UN Security Council recognition to a Palestinian stateshortly after the new session begins.  Up until now, the U.S. has always been the one blocking such a resolution, but Barack Obama has already indicated that things may be different this time around.  It would be extremely difficult to overstate the significance of this.

September 25 to September 27 – The United Nations launches a brand new “universal agenda” for humanity known as “the 2030 Agenda“.

September 28 – This is the date for the last of the four blood moons that fall on Biblical festival dates during 2014 and 2015.  This blood moon will be a “supermoon” and it will be clearly visible from the city of Jerusalem.

If you don’t know what a “supermoon” is, the following is a pretty good summaryof what we should expect to see…

On the night of 27 to 28 September, the Moon is closest to us at 2.46am, only an hour before it’s full. As a result, this supermoon will appear 14 percent bigger in the sky than the Moon at its most distant and smallest, and it should be 30 percent brighter. The Moon will certainly look unusually big and brilliant around 2am. But at 2.07am you’ll see a small chunk being nibbled out of its brilliant disc by the Earth’s shadow. Sinking deeper and deeper into the darkness, the Moon is totally eclipsed by 3.11am. It remains completely in the shadow of the Earth until 4.23am, when the full Moon gradually begins to emerge.

There has been lots and lots of speculation about other events that could take place during the month of September, but as of right now I cannot prove that any of them will actually happen.

But that doesn’t mean that I’m not watching.

If it sounds ominous to you when I say that we are “entering the danger zone” during the month of September, that is good, because that is precisely the tone that I am attempting to convey.

When things start completely falling apart in this nation, millions upon millions of Americans will complain that nobody warned them in advance about what was coming.

Well, I am warning you right now.