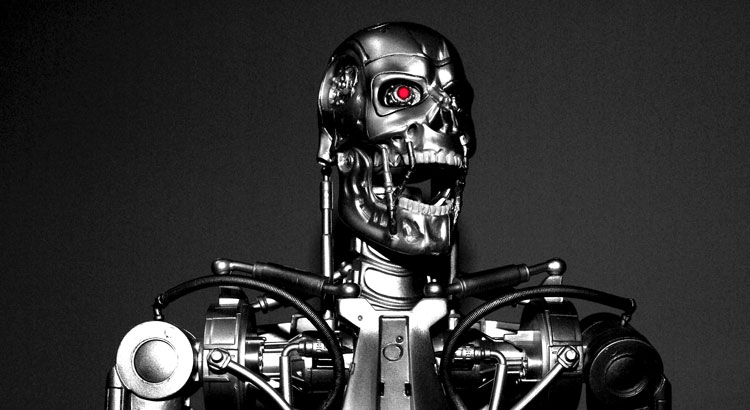 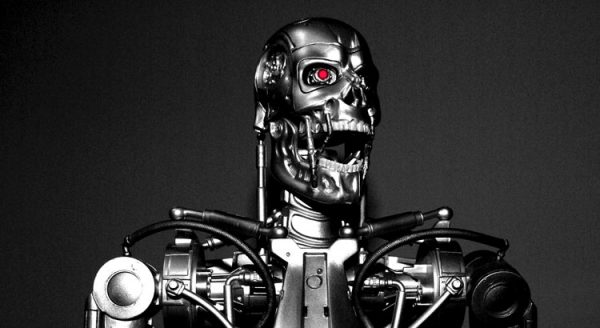 Arlington, TX — Android Dick is a robot created in the likeness of the science fiction writer, Philip K. Dick. Android Dick is an attempt to create thinking and reasoning artificial intelligence that has human traits like compassion and creativity. The first version of the android was created in 2005 and has been a work in progress ever since.

In 2011, the creators of the android appeared on the PBS show Nova, where they interviewed the robot and asked it a series of questions. Some of the answers were impressive. Others are typical of what you would expect from a robot. However, one answer in particular is probably one of the most ominous things ever spoken by artificial intelligence.

During the interview with the creators (embedded below), Android Dick said, “…don’t worry, even if I evolve into terminator I will still be nice to you, I will keep you warm and safe in my people zoo where I can watch you for old time’s sake. [emphasis added].”

The comments came after the creators asked, “Do you think that robots will take over the world?”

When asked about his programming, Android Dick responded by saying “A lot of humans ask me if I can make choices or if everything I do is programmed. The best way I can respond to that is to say that everything, humans, animals and robots, do is programmed to a degree. As technology improves, it is anticipated that I will be able to integrate new words that I hear online and in real time. I may not get everything right, say the wrong thing, and sometimes may not know what to say, but everyday I make progress. Pretty remarkable, huh?”

While Android Dick does seem intelligent, many of his predictions are truly ominous, and it is actually fairly common for robots to display this sort of strange attitude.

As we reported earlier this year, one of Japan’s largest cellphone carriers, SoftBank Mobile, has created the first humanoid robot designed specifically for living with humans. The company claims the robot, Pepper, is the first example of artificial intelligence that can actually feel and understand emotion. However, a quick demonstration with Pepper shows that it has a difficult time with emotion and is in fact a bit of an egomaniac. Regardless of the question it is asked, most conversations usually leads back to Pepper (and its rivalry with the iPhone).

Last month, over 1,000 scientists and experts — including Stephen Hawking and Elon Musk — signed a letter warning of the dangers of unchecked advancements in artificial intelligence. This robot certainly doesn’t calm those concerns.

John Vibes joined Anti-Media as an independent journalist in October of 2014. His  topics of interest include agorism, anarchism, consciousness, the Drug War, and spirituality. Born in Philadelphia, he currently resides in Maryland. Learn more about Vibes here!