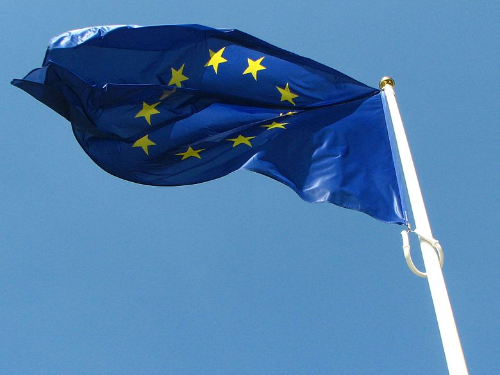 One of the biggest flaws with the EU, was the idea that they could house dozens of cultures with distinct histories and languages, all under one roof, and expect them to thrive. You can’t hold 28 nations together under one union, when all of these countries have wildly different interests, expectations, and priorities. Every time the EU faces a problem, some states will get their way while others get shafted, and another stake is driven through the union.

These nations have differences that can’t be reconciled, and each time a crisis arrives, it only serves to drive a wedge between each government. And history will likely view the latest immigration crisis as the final straw that led to the dissolution of the European Union.

Europe is currently being swamped with Middle Eastern refugees who are fleeing their shattered homes. Just last month saw 107,000 refugees arrive in the EU, and Germany alone is expected to take in 800,000 people by the end of the year. You can already see how this is starting to divide the European superstate. Take a look at how Germany’s current chancellor is responding to the crisis.

“This is not a natural catastrophe, but there have been some catastrophic situations,” Merkel told reporters Monday in Berlin. The right to asylum is a “foundation” of Germany’s constitution as the country prepares for as many as 800,000 refugees this year, she said.

Germany’s government will assemble a “comprehensive” package to confront tide of refugees on Sept. 24, Merkel said.

Now compare that with how the President of the Czech Republic, which is one of Germany’s neighbors, is responding to the crisis.

The Czech Republic should defend its borders, using the army to expel “illegal immigrants” because the European Union isn’t curbing the influx of refugees into the bloc, President Milos Zeman said.

Zeman’s comments echoed those of other politicians calling for the EU to take action to stem the flood of people into the region from Syria and other conflict areas as they travel through Greece and the Balkan states to western Europe.

“Of course I would wish for the EU to strengthen its borders, but I don’t see any real action,” Zeman told reporters in Prague castle on Monday. “Therefore I believe the Czech Republic should take of its borders alone and expel illegal immigrants from the borders, including with the use of the army.”

Does this sound like a Union that can be held together? In this case, one government is willing to accept a group of people that another government views as a threat to its very existence. And now Germany expects every other EU nation to share the burden of these refugees.

And these differences don’t just exist between governments. They’re growing between governments and their citizens. In Germany there have been numerous attacks against refugee camps perpetrated by right-wing protestors, and that kind of sentiment will be the real death knell of the EU. Every wave of migrants that arrives in Europe, helps fuel nationalist movements across the continent. The popularity of Eurosceptic parties has been exploding in recent years, in part because of the growing number of foreigners that are settling into Europe.

The European Union in its current form is only a little more than 20 years old, and it’s already practically insolvent, and bursting with secession movements and anti-EU political parties. If you ask me, its days are numbered.