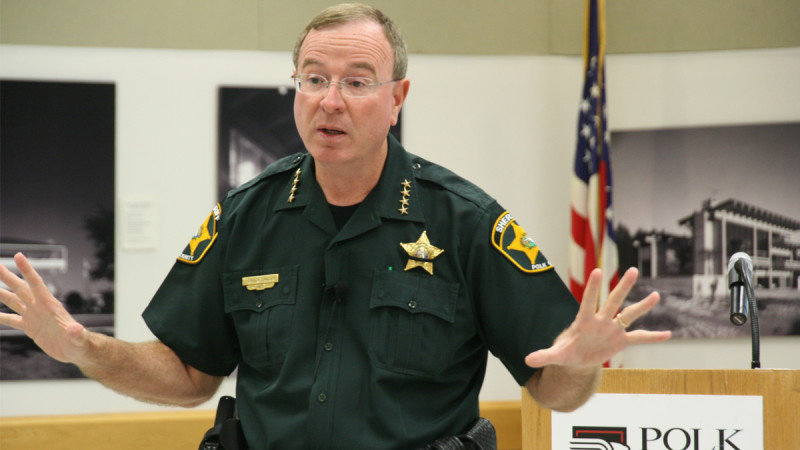 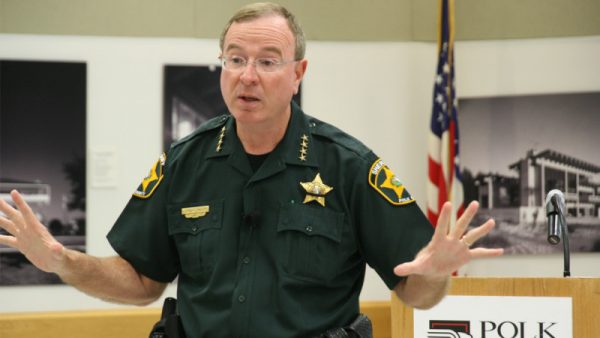 Earlier this year, the Polk County Sheriff’s office engaged four suspects, who were accused of robbing a pawn shop and murdering two women, in a firefight and subsequent capture of the four suspects. However, it was a response to a reporter’s question that seemed to want to push back on Polk County Sheriff Grady Judd that should be heard over and over again.

Keep in mind when you hear this that the two female victims were “viciously murdered” in a manner “much too graphic to describe,” according to Judd. Also keep in mind that the suspects had fired recklessly at officers who were in pursuit until their car crashed.

The reporter asked of Judd, “I think everybody understands the gravity of what happened and the urgency and the response that you took. Some of the comments you made last night about shooting the suspects, possibly, and the comments today about ‘ready for a gunfight’ — was that in the heat of the moment? Do you have any regret about that?”

Judd remained calm, though people have said he was hot headed, and responded, “I not only have no regret, I’m pretty excited about telling you that — that’s exactly what would’ve happened. Make no mistake about it, there’s nothing about politically correct in a gun fight. There’s nothing about politically correct when you are keeping people alive and well and safe. And the people of this community and these law enforcement officers come first.”

“I meant every word of it then, and I mean every word of it now,” he added. “If you surrender peacefully, that’s the way we prefer it. You start pointing guns at us, you can not only plan on, but you can guarantee that we are going to shoot you.”

This is exactly what criminals need to hear and be subject to should they engage in the kind of activity these four men did, but I’ll go a step further. They need to start hearing it from the American people. After all, it is the rights of the people that are not to be infringed by government, according to the Second Amendment. Citizens, as well as sheriffs, should also engage those in a similar manner, who act criminally with a gun in order to save lives. It is not only a duty we have, but demonstrates a love (1 John 3:18) for our fellow man by protecting them from aggressors (Exodus 22:2-3).

This is in perfect alignment with Scripture as well. The same King David who wrote in Psalm 46:1 that “God is our refuge and strength, a very present help in trouble” also praised the God “Who trains my hand for war and my fingers for battle” (Psalm 144:1).

In fact, I’m often reminded in the story of Sergeant York. His thinking was changed concerning using his gun against other men who were enemies of his country. That eventually led him to drop his “conscientious objection” and go to war in World War I. It was his understanding that bad men must be stopped in order to protect the innocent, which resulted in many German enemies being killed and captured; and many Americans’ lives were spared because of his efforts.

I’m one of the first to call out police and sheriffs when they engage in criminal activity. When we see police engage in activity such as brutality, corruption and murder, as well as abusing their authority in other ways, then they should be held accountable just like any other citizen is, according to law. However, Sheriff Judd is spot on in his comments. He is responding in the same manner any citizen would respond. Citizens cannot lawfully wave their weapons around, point and shoot them at people without serious ramifications from other gun owners. They will most certainly get shot by those gun owners, and rightfully so. Why would that be any different for those in the sheriff’s office?