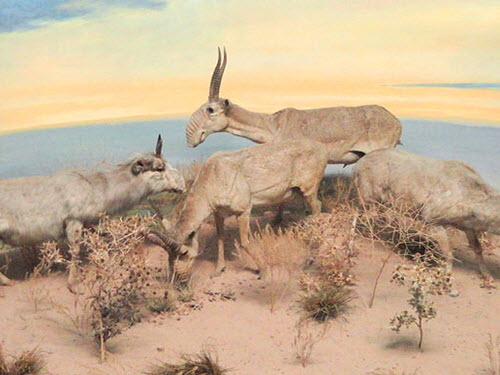 We have seen a lot of bizarre occurrences in nature lately that have, in some cases, never fully been explained. Now we’re seeing another mass animal die-off, this time in central Kazakhstan.

It started in late May.

When geoecologist Steffen Zuther and his colleagues arrived in central Kazakhstan to monitor the calving of one herd of saigas, a critically endangered, steppe-dwelling antelope, veterinarians in the area had already reported dead animals on the ground.

“But since there happened to be die-offs of limited extent during the last years, at first we were not really alarmed,” Zuther, the international coordinator of the Altyn Dala Conservation Initiative, told Live Science.

But within four days, the entire herd — 60,000 saiga — had died. As veterinarians and conservationists tried to stem the die-off, they also got word of similar population crashes in other herds across Kazakhstan. By early June, the mass dying was over.

Now, the researchers have found clues as to how more than half of the country’s herd, counted at 257,000 as of 2014, died so rapidly. Bacteria clearly played a role in the saigas’ demise. But exactly how these normally harmless microbes could take such a toll is still a mystery, Zuther said.

In the case of these antelope, Zuther was quoted as saying that the rapid rate at which this many animals perished, wherein otherwise harmless bacteria was able to spread and kill so fast, is really unheard of.

Yet so far this year, there have been 629 mass animal die-off events in 85 countries.

So what do you think is really going on here?