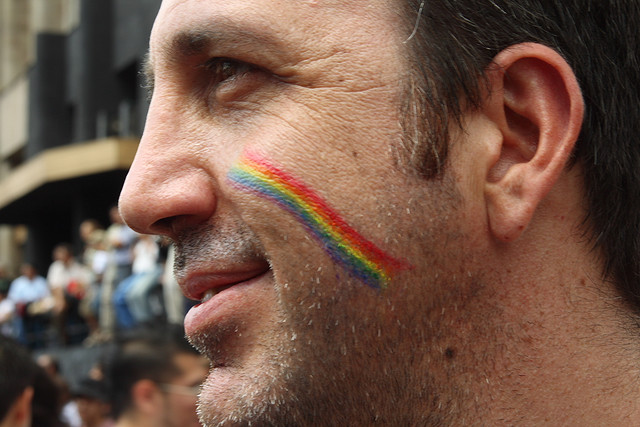 (INTELLIHUB) — The first shots in the battle between cultural Marxists and American Christians has been fired with Rowan County Clerk Kim Davis being shipped off to jail for refusing to issue same-sex marriage certificates after the now infamous Supreme Court decision legalized gay marriage throughout the country.

That’s right, in a country where the vast majority of politicians on both sides of the aisle are corrupt to the core but remain free, a Christian woman who doesn’t want to be forced to do something that goes directly against her religious beliefs has been jailed.

For her part Davis seems to have accepted the fact that she would be jailed for her religious beliefs, telling Fox News contributor Todd Starnes before the ruling that, “I’ve weighed the cost and I’m prepared to go to jail, I sure am. This has never been a gay or lesbian issue for me. This is about upholding the word of God.”

While one can debate the merits of gay marriage ad nauseam (there is a legitimate libertarian belief that government should not be in the business of outlawing anything that involves nonviolent interaction between consenting adults) the fact that Davis has been arrested while Wall Street criminals and corrupt organizations like Planned Parenthood operate freely is a clear indicator of how far gone America actually is.

Although it is important to highlight the actual facts of the Kim Davis case, a larger, more important issue has emerged after the ruling by U.S. District Court Judge David Bunning that sent Davis to jail. This fact is now stunningly obvious and proves, without a doubt, the authoritarian mindset of the new left.

HARD LEFT WANTS THOSE THEY DISAGREE WITH ARRESTED

Immediately following the news that Davis would be jailed for refusing to issue same-sex marriage licenses, the vast majority of liberal media talking heads and activists cheered the arrest while gleefully letting the world know that they support the arrest of any Christian who doesn’t allow themselves to be forced into acts of support for homosexuality.

Claiming that Twitter Conservatives have “lost it” Kaufman starts his article by mocking Christians with a video of gay rights activists cheering the arrest of Davis before documenting the “horrible” Tweets published by those Christians who are shocked that religious beliefs can now equal jail in America.

After reading the embedded Tweets in the article it becomes clear that Kaufman and Salon.com apparently believe that conservatives are crazy because they don’t want Christians arrested and because they brought up actual criminals who remain free to this day.

A second article on the same site attacks Mike Huckabee for noting that Kim Davis has been arrested but actual criminals such as Hillary “nothing was classified” Clinton remain completely free. Apparently the hard left also believes bringing up actual facts is now “mind-bogglingly stupid.”

Former Arkansas governor Mike Huckabee is attempting to bestow upon jailed Kentucky county clerk Kim Davis precisely the status she has sought with her disingenuous crusade to discriminate against same-sex couples — martyr.

The Republican presidential candidate (so he says) reacted to news of Davis’ arrest for failure to comply with a court order today after a U.S. District Court judge determined that simply fining the Rowan County Clerk wouldn’t suffice due to the likelihood that Davis would have her fines paid for by supporters by announcing that he was heading to Kentucky to stand by the latest “persecuted” celebrity for the religious liberty crowd. Davis was taken into custody by U.S. Marshals this afternoon.

But (shockingly) the Huckster disagrees, jumping on Twitter to rant against the decision and announce a rally to end the “criminalization of Christianity.” Huckabee also apparently missed the memo about stealing Twitter jokes with his ripped Erick Erickson tweet asking, “What a world, where Hillary Clinton isn’t in jail but #KimDavis is,” a reference to the Democratic frontrunner’s private email server controversy.

How cute, Salon.com “journalist” Sophia Tesfaye thinks it is an actual joke to bring up a completely relevant point about the crimes of the Clintons going unpunished while a county clerk is arrested for not issuing marriage certificates. Here in the real world millions of Americans are outraged at Clinton’s actions and do not see bringing them up to be a joke whatsoever.

As you can see, the writer of this nonsense also appears to be fully on board with arresting any Christian who might run into an issue with their religious beliefs and the sanctioning or supporting of what they believe to be a sin. The childlike manner in which the writer mocks those she doesn’t agree with also paints a picture of tens of thousands of hard left crazies literally cheering the arrest of Davis. No doubt about it, they are totally and completely happy about the arrest.

Moving forward one has to wonder what is next on the open and now public War on Christianity? What new law will be quickly put into place that obviously goes against Christian beliefs which will then allow the hard left to use the power of the law to arrest more Christians?

How far will America allow this to go before they declare enough is enough?