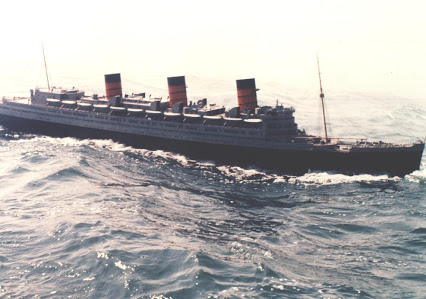 “Who will survive?” was the tagline of the 1972 Irwin Allen disaster epic, The Poseidon Adventure.

Based on New York sportswriter Paul Gallico’s novel: It’s New Year’s Eve aboard the “Poseidon,” an aged, top-heavy former ocean liner from the golden-era of trans-Atlantic travel. As the confetti flies and bubbly flows, a sub-sea earthquake off the coast of Crete drives a 90-foot “wall of water” across the Mediterranean, putting a damper on the festivities for Captain Leslie Nielsen and his 1,400 passengers.

In the TV series Star Trek, the crew of the U.S.S. Enterprise routinely faced life-or-death decisions like the one presented to school children in a chilling Common Core worksheet.

In the scenario, children are asked to choose who should survive a sinking with a chronic shortage of lifeboats. It’s multiple choice, and, like the disaster movies of the 1970s, each passenger is given a biography: “Mr. Newton” is 25 year-old “physical-fitness nut,” “Mrs. Clark” is 28 and a minister’s daughter, and, Mr. Blake is a 51-year-old Mormon with a BS in mechanics. To help, kiddies better decide who walks the plank, some survivors are given physical disabilities and are identified as conservatives, an obese Jewish woman, and a mentally-disabled child

One of the criticisms of Gallico’s novel was protagonist Rev. Frank “Buzz” Scott’s callous “survival of the fittest” attitude toward members of his “flock,” as they made their way through the bowels of the capsized and rapidly-sinking ship –aptly described by haberdasher James Martin as “Hell.” Those not to the rigors of ascending the inverted staircases and catwalks are left behind by Scott.

In this context, Gallico’s Reverend Scott and Common Core are two-of-a-kind.

The difference between Pearson–the English firm making the tests–and the Enterprise crew is that Kirk, Spock, and McCoy would have found a way to save Newton, Clark, and Blake without playing God based on nothing more than political views and handicaps.

Since public school teachers face reprisal from school officials if they discuss the assignments, perhaps Pearson can provide the “correct” answer.

It is chilling to think that children in America are being taught that there is a “correct” answer to this inhuman, cold-blooded “game.”

Edward C. Davenport writes a regular column for his county newspaper in Maryland, the Charles County Recorder. He is a prolific writer and much of his material is current and topical. He also writes about true crime history and disasters.