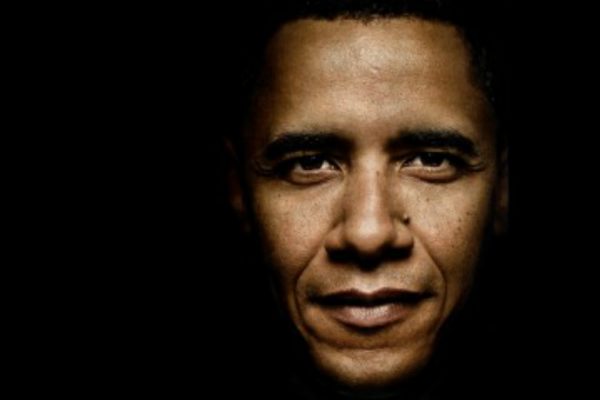 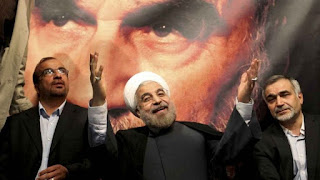 Like the rest of his Iran deal talking points, the one about Iran’s tiny military budget is false, and not only is it false, but his claim about how small Iran’s military budget keeps changing.

A few weeks ago, in a speech at American University, he was claiming that “The defense budget of the United States is more than $600 billion. To repeat, Iran’s is about $15 billion.”

Just now, he told the Forward, “As I pointed out repeatedly, Iran’s annual defense budget is about $15 billion.”

What is Iran’s military budget? Read Obama’s lips. It’s either $15 billion or $30 billion.

Either Iran’s military budget changes every time Obama gives a speech or he’s playing with numbers to make it seem small. If $30 billion still seems big, how about $15 billion? And if $15 billion is still too big, get ready for the $7.5 billion Iranian defense budget. How can you be worried about that?

Obama is borrowing a trick from the Manchurian Candidate. No one is talking about how big Iran’s military budget is, but debating how small it is. And how small is it?

Iran’s military is at over 500,000 in strength. The Basji militia claims to be able to mobilize millions more. It has a nuclear weapons program and some of the most advanced indigenously developed weapons programs in the region. Iran is currently involved in wars in Syria and Iraq. Its proxy armies have carved up Lebanon and Yemen, and are slavering over Bahrain.

Not bad for $15 billion or $30 billion or whatever Obama is claiming it is this week.

Of course Iran’s budget isn’t $15 or $30 billion. It spent $11 billion on the Bushehrreactor alone. Its nuclear program cost upward of $100 billion. Obama’s deal requires him to claim that the program is peaceful, but who really believes that a country sitting on a mountain of gas and oil blew that much money just to lower the cost of electricity a little bit?

How much money is Iran really spending to expand its territory and influence?  Iran is allegedly spending billions a month to back Assad’s military campaign. The total may come to as much as $35 billion a year.

That’s more than more than twice as much as Obama’s current estimate of its military budget.

The Hezbollah terror group has received billions from Iran over several years. Islamic Jihad in Israel gets between $100 and $150 million a year.  Iran cut off aid to Hamas due to the Sunni-Shiite shift.

In 2007, a senior Hezbollah terrorist captured by the US claimed that Iran was providing $3 million a month to Shiite terror groups to attack Americans in Iraq. Considering that the Shiite militias now dominate Baghdad and other parts of Iraq and number in the tens of thousands, it’s a safe bet that the bill for maintaining Tehran’s terrorist army in Iraq has gone up a whole lot since then.

It’s unknown how much Iran is spending on its Shiite militias in Syria, but the NDF reportedly has 100,000 men and is being trained and financed by Iran.

And this is just the visible ground forces.

Iran also has an international terrorist network which it has used to carry out terror attacks everywhere from Argentina to Thailand to Saudi Arabia to Paris. No country since the USSR has anything like it in its scope and organizations like that cost money. We can’t even begin to guess how much Iran spends on it.

But there are hints. The investigation into Iran’s bombing of the Jewish Community Center in Argentina was stymied by bribery attempts and climaxed in the assassination of Alberto Nisman, the Special Prosecutor who had accused President Kirchner of a cover-up in return for business deals with Iran.

That sort of arrangement doesn’t come cheap. Iran is willing to spend a lot of money to maintain a global terror network and then to clean up after it.

So what is Iran’s real military budget?

It has the biggest ballistic missile arsenal and the only known nuclear weapons program in the region.

It has the largest number of active military personnel in the region and its militias control large sections of four other countries. It has indigenously developed fighter jets and a global terrorist network. It has drone bases, submarines and is the “the holder of the largest chemical weapons stockpile” in the area.

This doesn’t come cheap and you can’t have all that on the military budget of Colombia. If you believe Obama, then Iran has a smaller military budget than Israel and Saudi Arabia even though the military spending in both countries is largely focused on countering threats from Iran. If you believe Obama, Iran is no match for any of its neighbors, and yet it’s conquering or terrorizing them one by one.

But with Obama, the devil is usually in the details. He emphasizes the “defense budget”, but despite its official claims, Iran doesn’t play defense. It goes on the offensive. Its constitution states that its military is an “ideological army” built to fulfill “the ideological mission of jihad in Allah’s way; that is, extending the sovereignty of Allah’s law throughout the world.”

Or as the Ayatollah Khomeini said, “Islam makes it incumbent on all adult males… to prepare themselves for the conquest of [other] countries so that the writ of Islam is obeyed in every country in the world.”

Iran doesn’t have a defense budget. Like Nazi Germany or the USSR, its entire system is militarized. A portion of its money goes to the business of government. A portion of that exists officially as a defense budget, most of which is swallowed up by Iran’s Revolutionary Guard (IRGC). The IRGC is a terrorist group with its own army and air force that is involved in wars across the region.

None of these numbers really mean anything because Iran’s accounting would make the mafia blanch. Iran is an oligarchy built on a complex network of organizations. State-owned enterprises, generals, Islamic foundations and terrorist bosses move money around using everything from oil to heroin.

The official budget means even less than it does in Russia. It’s just a number you read in the newspaper.

The IRGC controls construction companies, nuclear plants, airports, banks and ports. Imagine if GE, HSBC and Berkshire Hathaway were all one entity and had their own army. That’s the IRGC. Its annual revenue is estimated to be higher than Obama’s estimate for Iran’s entire defense budget.

Obama’s claims about Iran’s tiny defense budget, which shrinks every time he gives a speech, are a lie. He claims that the “Gulf States, combined, spend about eight times” as much as Iran does. In fact, Iran spends at least as much if not more because most of its military budget is as black as night.

Ever since he struck a deal with Iran’s terror regime, he’s been knowingly passing on misinformation from that regime. And Obama can’t even seem to keep the phony budget numbers he’s using straight.

Obama has told many lies about his Iran deal. But this is more than just another lie. Minimizing Iran’s military spending to make it look as harmless as possible endangers American national security. There are already reports that Obama worked to tamper with ISIS intelligence materials to make the terror group look weak. It was his insistence that ISIS was only a jayvee team that let it take over cities.

Now he wants to convince Americans that Iran is just another jayvee team we shouldn’t take seriously. Pay no attention to the nukes or the worldwide terror rings. Its fake military budget is so small.

Obama deserves to be called out for every lie he has told about his disastrous Iran deal. But it’s important to our national security to call him out for his big lie about Iran’s little military budget.