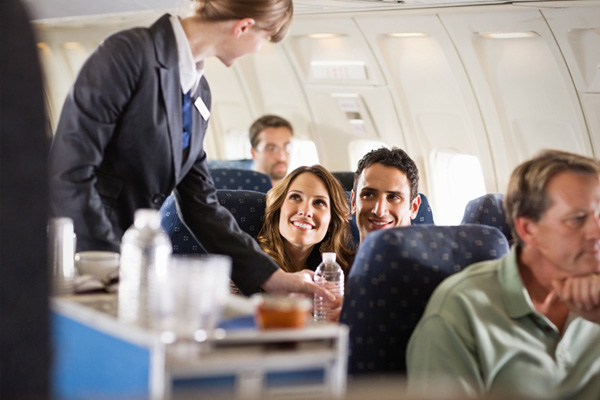 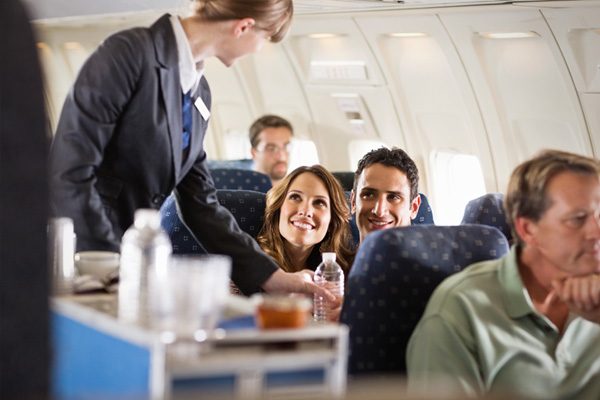 A Muslim flight attendant, Charee Stanley, claims that she was suspended from her job with ExpressJet Airlines because she refused to serve alcohol. She has filed a complaint with the Equal Employment Opportunity Commission (EEOC) – and now the Hamas-tied Council on American-Islamic Relations (CAIR) has jumped onto the case.

So now we have yet another Muslim workplace lawsuit from CAIR – once again designed to impose Islam on the workplace. This is what they do.

Why would a devout Muslim want to be a flight attendant in the first place, when half your job is serving alcohol?

Lena Masri of Hamas-tied CAIR declared: “We notified ExpressJet Airlines of its obligation under the law to reasonably accommodate Ms. Stanley’s religious beliefs. Instead, ExpressJet close to violate Ms. Stanely’s constitutional rights, placed her on administrative leave for 12 months after which her employment may be administratively terminated.”

What about the rights of the passengers on Stanley’s flight who just wanted to have a drink? Alcoholic beverages are still legal in the United States.

There are many such cases. The EEOC is suing Star Transport for rightfully terminating two Muslims who refused to do their job. If these Muslim truck drivers don’t want to deliver alcohol, then they shouldn’t have taken a job in which part of their duties would be to deliver alcohol. It’s that simple.

But no, Islamic supremacists chip, chip, chip away at the establishment clause, and in doing so, impose Islam on the secular marketplace. Take, for example, the Hertz company. Hertz bent over backwards to accommodate its Muslim workers: they have prayer rooms, prayer times, etc. They just didn’t want the Muslim workers leaving work to pray outside of scheduled break times. Mind you, they could easily pray before or after work, but no. This imposes Islam on everyone else – just as Charee Stanley wanted to do when she refused to do her job and serve flight passengers alcohol. After the initial surrender on Hertz’s part, Muslim workers began suing Hertz, charging “Islamophobia.”

Islamic supremacists see that this legal intimidation works, so they keep on resorting to it. A Muslim woman sued Children’s Hospital Boston after being fired for refusing to get a flu shot. If you don’t want to take the necessary steps to work in a hospital and adhere to the rules to insure the health of the public at large, then don’t work in a children’s hospital.

And in New Mexico, a Muslima sued Planet Fitness over its headgear safety rules. Obviously, headgear is prohibited in this gym because it presents a safety hazard. But people’s safety be damned. This suit mirrored the melee that ensued at a New York Playland Park when park officials adhered to their safety rules in order to keep park attendees free from harm. Muslim visitors got angry that the park was enforcing its ban on headgear by prohibiting the women from wearing their traditional head coverings on some rides.

A Muslim woman who worked as a hostess at a Disneyland restaurant sued Disney. Like Abercrombie & Fitch’s Elauf, Imane Boudlal wore the hijab, but the garment violated Disney’s dress code. Disney offered up a compromise hat for her to wear, but Boudlal refused, of course. It wasn’t about hijab; otherwise the cute cowboy hat that Disneyland offered Boudlal would have been fine (everyone on the floor at Disney wears costumes). It was about imposing Islam on the secular marketplace.

You’ll notice that it is always big companies that are targeted. Hertz, Heinz, Target, Walmart, Disney, Abercrombie & Fitch, and now ExpressJet Airlines. Why? To set legal precedents they can use in yet more intimidation cases. Muslim lawsuits against Hertz, Walmart, Target, Disney and a host of other American businesses for special rights, special accommodation have been largely successful creating a special rights for a special class of people — which is an accordance with Islam (in which Muslims are superior to the kuffar).

But this goes against every American tenet of individual rights and separation of mosque and state. Someone ought to remind the EEOC that their name is Equal Employment Opportunity Commission. “Equal,” as in no special rights for any particular class.

Read the chapter titled “Mosqueing the Workplace” in my book Stop the Islamization of America to better understand this de facto imposition of sharia in America. It works this way: every accommodation gives way to more demands. Everywhere American mores conflict with sharia, it is our mores that must give way. And it is going to keep on happening, until someone, somewhere, says, “No more accommodation. We’re going to stand up for our own principles.” But no one is saying that now.