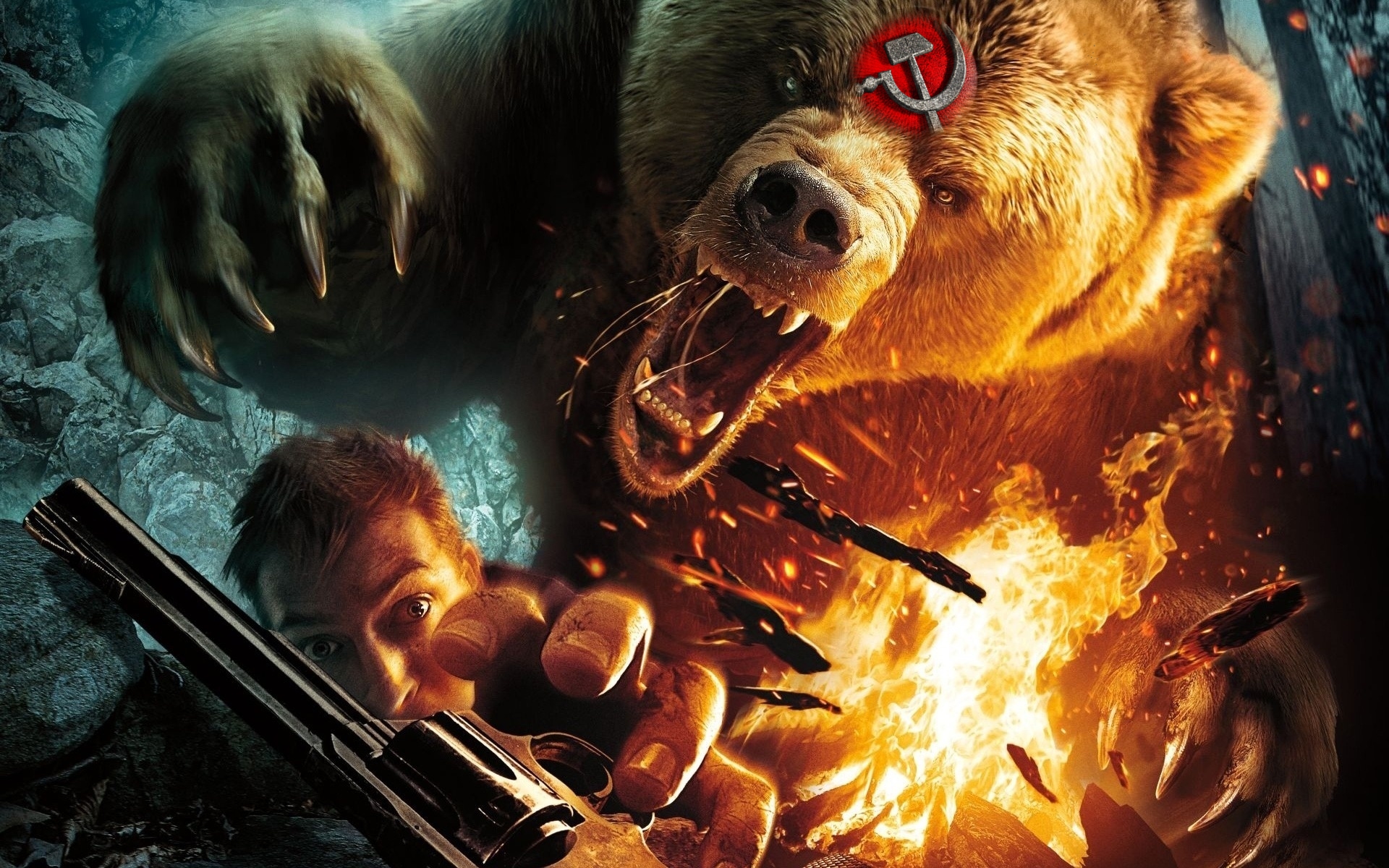 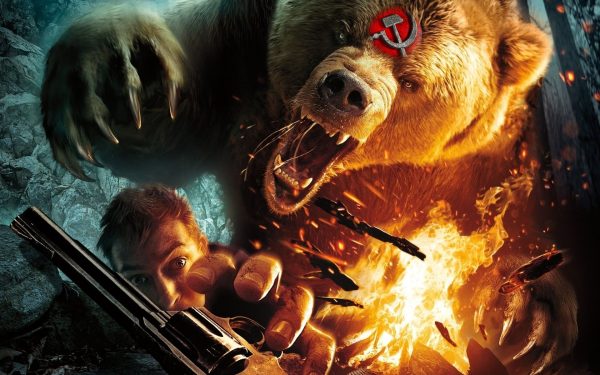 Forward: If there is one thing that has become obvious when it comes to President Obama’s “fundamental transformation,” it is that there is without a doubt, an agenda to disarm American citizens and do away with the Second Amendment. Many Americans make the mistake of believing that this is Obama’s agenda alone, and that he is primarily responsible for the rapid pace at which America is descending into chaos. This may be true on some levels, particularly when it comes to advancing the agenda through community organizing type tactics; however, it is safer to say that Obama was selected by the global elite to put the finishing touches on an agenda that began long ago and is now reaching its culmination. Sadly, many Americans have been so “dumbed down” through propaganda, education and entertainment that they will never have the wherewithal to do the necessary research and accept the truth that we have been sold out to foreign interests, and understand that no single election will fix this country. As I discuss in nearly all of my articles, the fields of psychology and psychiatry are playing a tremendous role in our transformation as behaviorists have mastered the art of human manipulation, which is otherwise known as brainwashing. The purpose for studying human behavior has always, at its core, revolved around the idea of getting people to accept their servitude, or, to accept the idea of a global government headed by the United Nations. Sadly, the human mind has been so twisted through the years that we can easily be conned into following those that have only one intention; leading the sheep to the slaughter. Social engineers have the ability to fabricate crisis, mold public opinion, offer solutions that advance their agenda and control the opposition. It is through these deceptive methods that they are able to rally the masses behind an Obama, or a Donald Trump, a man who incidentally, admitted in front of the world he buys off politicians for his own ends. They create conditions that are so unbearable, and that seem so hopeless, the public will almost surely accept anything in its place. From Saul Alinsky’s Rules for Radicals:

“Any revolutionary change must be preceded by a passive, affirmative, non-challenging attitude among the mass of our people. They must feel so frustrated, so defeated, so lost, so futureless in the prevailing system that they are willing to let go of the past and chance the future.”

Deceptive Transformation: The Truth of Soviet Influence in America and Gun Control

As the U.N. Small Arms Summit concludes in Mexico, it would seem that the Obama administration is intent on its implementation, whether or not it is ratified by the senate. The move against the second amendment is advancing at a breathtaking pace and one of the tactics being used is the issue of mental health. The Surgeon General of the United States has taken the position that the banning of guns is an essential part of the practice of medicine as he views gun ownership as a public menace and a threat to public safety. This is despite the statistics that prove otherwise. One study has concluded that cars are a higher risk than guns by a factor of eighty percent. The anti-gun left will never accept the fact that criminals will always murder with a gun or without a gun. It is the gun in the hands of moral citizens that acts as an equalizer to those who are intent on committing murder. The fact that the left so conveniently ignores the 2 million times a year guns are used for legitimate self-defense is proof of another agenda, and that agenda is a communist world government.

The idea of using mental health as a weapon against the people is communist in origin, and the social sciences, or the studying of human behavior has its roots in early twentieth century Russia when Ivan Pavlov developed his “classical conditioning” theories. In fact, Pavlov was disturbed that Vladimir Lenin would use these conditioning methods against the people in order to get them to accept communism. Since that time the social sciences have been used as a means of maintaining control over populations and getting them to accept their own down fall. This is happening today in the United States as our universities and public schools have long ago adopted educational techniques based on the social sciences and classical conditioning methods. Subjects like White Privilege and Multiculturalism are used to demoralize our population, create a guilt consciousness and silence us into accepting a new agenda based on the idea that we have been unfair, and our lifestyles are oppressive, and offensive to others. This agenda dates back to the early twentieth century; however, it saw some of its most major advances in the mid 1900’s after the U.N. was created in 1945. While many people today view the Democrat Party as being made mostly of communists or socialists; the sad truth is that the Republican Party is just as responsible for what we are seeing in education and culture in the United States today.

As I wrote in “Not on My Watch: Exposing the Marxist Agenda in Education,” Dwight Eisenhower and Ronald Reagan, two presidents that were considered American Patriots, actually signed agreements with the Soviet Union that gave them influence over U.S. education, culture, scientific and technological research, radio, television and finally, medicine. This is according to U.S. Department of Education whistle blower, Charlotte Iserbyt. It is the area of medicine that should draw your attention because as mentioned earlier, Soviet medicine revolved around the idea of mental health, and classifying people that were opposed to communist objectives as being mentally ill. This is where the Surgeon General’s claims about banning guns being a part of medicine comes from. Slowly but surely, they will work to associate gun ownership with mental illness. From the 45 goals of the Communist Party USA-

Dominate the psychiatric profession and use mental health laws as a means of gaining coercive control over those who oppose Communist goals.

(Note: Many websites are now appearing claiming this list of communist goals to be a hoax. If you read them for yourself you will see many have been accomplished and that they bear a striking resemblance to many things currently happening in the U.S. The claims that they are a hoax could be a deliberate misinformation campaign headed by the Information Regulatory Affairs office led by none other than Cass Sunstein. Just looking at the state of our society, it is clear that these goals are not a hoax.)

In 1958 President Eisenhower signed the first of these agreements in something that is known as the American Soviet Exchange Program. It was these agreements that began the merging of the two nations. In 1965 the Elementary and Secondary Education act saw our public schools implement the use of behavior modification and conditioning techniques based on Pavlovian and Skinnerian methods of conditioning. In 1985, Ronald Reagan, often hailed as America’s most conservative president, also signed agreements with Mikhail Gorbachev which further gave the Soviet Union influence over our educational systems, essentially merging them into one while also setting in motion the concept of a planned economy in the United States. This timeline can be seen in Charlotte Iserbyt’s Soviets in the Classroom: Americas Latest Education Fad. This agenda has continued forward, and since the 1950’s every American president has been involved. It is through this agenda that our public schools are indoctrinating our youth into an Anti-American and anti-gun mindset where subjects like American history and the Constitution are discarded and issues like social justice, multiculturalism, moral relativism and White Privilege are being used to demoralize. In fact, many of the textbooks in use today are taking the liberty of actually rewriting the constitution right under our nose in order to indoctrinate our kids into the leftist’s interpretation of the bill of rights. They seek to change the definition of the second amendment by giving only the government the right to bear arms, not the people.

This is an agenda that has been moving full speed ahead for nearly a century. With the left firmly in control of education, it is highly unlikely that simply electing a conservative will fix anything. Given the evidence presented, it is also highly unlikely that any of the Republican presidential candidates are actually conservatives at all. In fact, they are probably fully aware of this agenda and once elected, will follow directives to carry it out. While the move for an Article Five Convention seems to be gaining momentum, you should take heed. There is another constitution waiting in the winds and it won’t protect your rights to keep and bear arms.