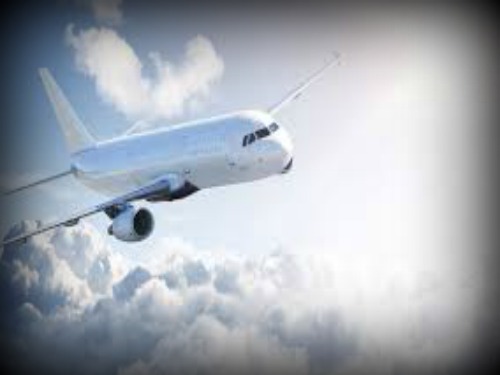 Something fishy is going on.

As posted on Aviation International News and the National Business Aviation Association, the Department of Defense suddenly informed the Federal Aviation Administration that a military exercise will make the TCAS and ADS-B surveillance systems unreliable on the East Coast (and up to 200 nautical miles offshore) for the whole month of September from one am EDT September 2nd until midnight EDT on October 1st.

The TCAS is otherwise known as the traffic collision avoidance system. It does exactly what it sounds like it does: it helps pilots avoid mid-air collisions. ADS-B stands for Automatic dependent surveillance – broadcast, which Wikipedia describes as “a cooperative surveillance technology in which an aircraft determines its position via satellite navigation and periodically broadcasts it, enabling it to be tracked.”

For these things to suddenly be unreliable sounds like a very bad thing, although the FAA has said this poses no safety risk.

The smart ass over at The Tampa Bay Times reported that this gives pilots a chance to use their own “fail-safe tool” to detect aircraft, namely their eyeballs:

The FAA’s notice Tuesday reminded pilots of a fail-safe tool they can always use to detect other aircraft — their eyeballs.

“Pilots are advised to maintain an increased visual awareness,” the FAA said.

Oh really? Their eyeballs, huh? Cool. I’m no pilot, but let’s see how well that works with so many planes in the sky out in stormy weather with low visibility or on a cloudy night. Sounds just great.

Three plane crashes, all small aircraft and all with causes still under investigation, have already happened on the East Coast in the last few days: one in North Carolina, one in New Jersey, and one in New Hampshire. They could all be entirely unrelated to this, but if that’s the case the point is that flying is already a risky business without the military declaring their drills are more important than reliable aircraft surveillance systems.

Pilots are advised that the traffic alert and TCAS may fail to establish tracks on nearby aircraft and may fail to receive traffic alerts (TA) or resolution advisories (RA). Operators should be aware that tracks may first appear within close proximity to their aircraft, and may immediately go into TA/RA status.

Pilots are advised to maintain an increased visual awareness in this area. If operators believe that an aircraft should have triggered an alert, the incident should be reported to air traffic control as soon as possible.

This is due to a late notice Department of Defense exercise, and NBAA has voiced its concern to the FAA that these sort of significant impact tests need much more notice to operators in the NAS.

The Tampa Bay Times reported this will be a Navy exercise in coastal waters. Interesting, considering that as Intellihub reported only a few days ago, a former Navy special warfare vet who now works for a government contractor just put out a call for crisis actors on Craigslist for work in the Boston area on multiple dates throughout September.

The official warning to pilots for this new drill is as follows:

Text from the ZNY NOTAM:

FDC 5/2817 (KZNY A0369/15) ZNY VA..SPECIAL NOTICE…DUE TO MILITARY ACTIVITIES ON 1030/1090 MHZ, THE TRAFFIC ALERT AND COLLISION AVOIDANCE SYSTEM (TCAS) AND AUTOMATIC DEPENDENT SYSTEM BROADCAST (ADS-B) SURVEILLANCE MAY BE UNRELIABLE IN THE AIRSPACE OVER THE STATES OF VIRGINIA, NORTH CAROLINA, SOUTH CAROLINA, GEORGIA, AND FLORIDA, AND EXTENDING APPROXIMATELY 200NM OFFSHORE. PILOTS ARE ADVISED THAT THE TRAFFIC ALERT AND COLLISION AVOIDANCE SYSTEM (TCAS) MAY FAIL TO ESTABLISH TRACKS ON NEARBY AIRCRAFT AND MAY FAIL TO RECEIVE TRAFFIC ALERTS (TA) AND/OR RESOLUTION ADVISORIES (RA). FURTHER, PILOTS ARE ADVISED THAT TRACKS MAY FIRST APPEAR WITHIN CLOSE PROXIMITY TO THEIR AIRCRAFT AND MAY IMMEDIATELY GO INTO TA/RA STATUS. FALSE ALERTS ARE NOT EXPECTED TO BE GENERATED BY THIS MILITARY ACTIVITY AND ANY ALERTS SHALL BE TREATED AS REAL. PILOTS ARE ADVISED TO MAINTAIN AN INCREASED VISUAL AWARENESS IN THIS AREA. IF THE PILOT BELIEVES THAT AN AIRCRAFT SHOULD HAVE TRIGGERED AN ALERT, THE INCIDENCE SHOULD BE REPORTED TO AIR TRAFFIC CONTROL AT THE EARLIEST OPPORTUNE MOMENT. SFC-FL500 1509020500-1510010459

Others have wondered if this drill and warning has something to do with the huge energy pulse seen over the Atlantic ocean on the same day the warning was issued:

Could something like that be responsible for knocking out these surveillance systems?

Even with all the concern over Jade Helm, at least we were given a heads up. This drill is not only expansive and last minute, there’s hardly any info out there on it. No one really seems to know the specifics on what exactly the Navy is doing out in the Atlantic this month.

With so many other things already happening in September, what are we to make of this new development?