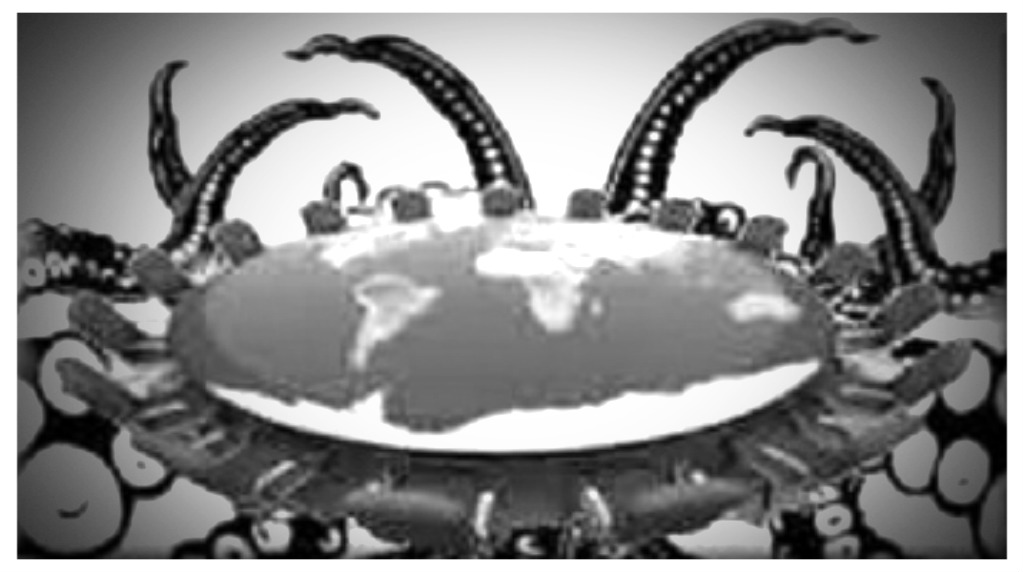 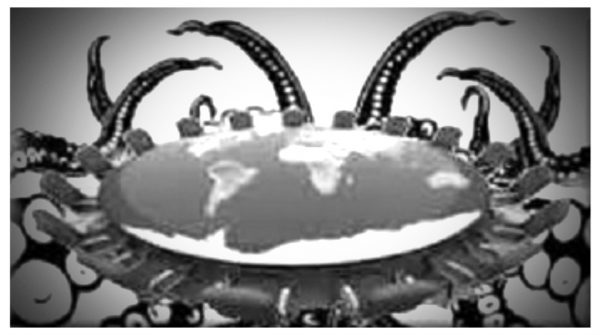 The late Henry Lamb and Tom DeWeese have been working tirelessly for decades to unravel the thorny and terrifying tentacles of U.N.’s Agenda 21, a soft law signed in 1992 by 178 countries. But the idea of a one world government/order has been around since the turn of the 20th century. It suffices to look at the back of a dollar bill to see the evidence. Featured prominently under the Masonic Pyramid are the Latin words, Novus Ordo Seclorum, the New World Order.

In 1891, Cecil Rhodes, of the Rhodes Scholarship fame, turned his dream–that the entire world should be governed by the British Empire–into the Society of the Elect (The Secret Society), the planting of the global governance seed. When they bought a place to headquarter his organization, it became the Chatham House Gang.

Across the ocean, Col. Edward Mandell House, Woodrow Wilson’s advisor and chief negotiator of the Treaty of Versailles formed a group of like-minded fellows who called themselves The Inquiry. This group met with the Chatham House Gang in order to establish their two groups into a common effort and goal of globalization. The Chatham House Gang became the Royal Institute for International Affairs and The Inquiry became the Council on Foreign Relations (CFR).

Two weeks after Pearl Harbor, Roosevelt issued a “Declaration of United Nations, the first time such term was used in an official document. According to Curtis B. Dall, his son-in-law, “… most of his [Roosevelt’s] thoughts, his political ammunition… was carefully manufactured for him in advance by the CFR-One World money group.”

A series of rather transparent and “progressive” events solidified the path to U.N.’s Agenda 21 and one-world governance:

U.S. President George H. W. Bush signed two documents but refused to sign the Convention on Biological Diversity based on proprietary concerns of transfer of technology. All three documents were signed by the remaining 177 participating countries.

Henry Lamb wrote, in 2010, that “Government control of land use is a fundamental principle of global governance.” The 40-chapter U.N. Agenda 21 document, although never ratified by Congress, limits the behavior and freedoms of individuals and firms, involving every facet of human life. It makes suggestions and recommendations that are adapted into law at the state and local levels through comprehensive land use plans which are voted on and included by the board of supervisors into local zoning codes.

Citizens do not understand U.N. Agenda 21’s damaging ramifications to their private property, to their ability to make a living, to use their land, grow food in their gardens, sell their fresh produce freely, engage in agriculture, sell their land, and pass it on to future generations. Local land owners do not have the opportunity to provide their input into the decision-making process; they are at the mercy of “visioning committees” and the board of supervisors, often plants or paid subscribers to the one world government idea.

A video dated October 2, 1992 and taken from C-SPAN archives shows discussion on the House floor about Agenda 21 in which both Democrats and Republicans are in favor of conforming fully to the recommendations of U.N. Agenda 21 document in spite of the fact that it was not ratified by Congress and they took an oath to defend the U.S. Constitution and sovereignty of our country. A younger Nancy Pelosi introduced a bill to follow the 1992 Rio Earth Summit to conform to U.N.’s Agenda 21, its local sustainable community practices, and to follow international law.

I described in great detail the stated goals of U.N.’s Agenda 21 in my bestselling book, U.N. Agenda 21: Environmental Piracy:

The one world governance will control and dictate:

Christina Figueres, the Executive Secretary of the U.N. Framework Convention on Climate Change, delivered a speech to the World Affairs Council of Northern California, touting that the “world has reinvented itself” and in order to be prosperous and efficient, we must live in Mega cities.

She said, “In order to address climate change is to build a complex framework the purpose of which is to facilitate and accelerate the actions at all different levels of government.”

Business Insider wrote about the plan floating at Davos 2015 to spend $90 trillion to redesign all cities so that people no longer need cars. Coffin-sized living quarters will be stacked by the millions in these Mega cities while the residents attempt to grow food on roofs and terraces and capture rain for all their daily needs. Figueres said, “you will enjoy unlimited interaction and global cooperation,” while buildings will capture as much water needed.”

She listed the benefits of living in such Mega cities as avoiding the catastrophic rise in temperatures (even though the Polar Vortex dumped record amounts of snow and froze half the globe, even Cairo got snow last year), increased food security (from growing food on rooftops and terraces? The world’s grain storage can only last for two days in case of a world-wide catastrophe), increased energy security (from solar panels on the roof and windmills on the roof?), increased water security (from collecting rainwater?), transportation security using electric cars with charge stations (where is the electricity coming from to charge the said cars? Fossil fuels?), low carbon model that contributes to job creation, job security, and happiness (where are all the much-touted green jobs?), and safeguard natural resources for future generations (what future generations, before or after mass starvation?).

In this new world, we will have driverless cars while we are free to shop on iPad, black boxes will be in every car, and humans won’t have to do anything, just be compliant and drone-like, memorizing and regurgitating their education via a global U.N.-approved environmentalist curriculum.

In Mega Cities Figueres sees a “transformed world, each building would produce all electricity that it needs, capture water as needed, produce food on the roof and the terrace.”

Henry Lamb told us that UNESCO, another tentacle of the United Nations, had taught seminars to teachers and disseminated curriculum materials that promoted the idea that nationalism was bad and had to be replaced with global citizenship. The textbooks of the International Baccalaureate plant the seeds of prejudice against national pride and support the idea that global citizenship and one world governance are viable solutions to the future of a socially, racially, and economically unjust planet.

U.N. has developed an environmental constitution for the world called the Draft International Covenant on Environment and Development (DICED). The September 22, 2010 version has 79 articles described in great detail in 242 pages. It takes Sustainable Development principles described in U.N. Agenda 21 and transforms them into global law which supersedes all constitutions, including the U.S. Constitution. All signatory nations would become centrally planned, socialist countries in which all decisions would be made within the framework of Sustainable Development.

Having the Holy Father, Pope Francis, involved in the climate change industry gives the one world government total control and a very powerful façade, particularly when His Holiness will address Congress in a very unprecedented move for the clergy to get involved in global politics and the U.S. and global economy instead of ministering to the souls of Catholics around the world. Theologian Leonardo Boff is quick to point out the “Similarities between the Encyclical Laudato Si, ‘On Care for our Common Home,’ and the Earth Charter, ‘Earth, Our Home.’

And if you fail to go along with the Agenda 21 program and all the other auxiliary programs that keep springing up like wild mushrooms, i.e., replacing parents with “full-service community schools,” Maryland’s No Child Left Inside Act, walkability, the Blue Zones Project will nudge you into better health and wellbeing. As their website says, “We implement long-term, evidence-backed policies and interventions that optimize environments within communities, nudging people towards healthier choices throughout the day.”

And your socially-engineered and indoctrinated kids will be dancing and singing in school praises to the Blue Zone Project. Is it Orwellian enough for you yet?