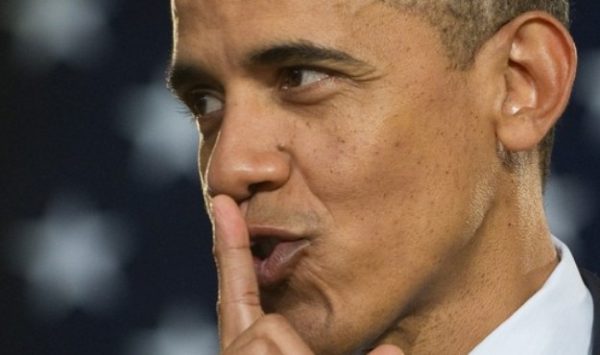 The Obama administration follows the Rahm Emanuel sentiments at every turn in taking advantage of a crisis. The illegal jailing of Kim Davis for following the law and ignoring an unlawful order from Bush appointed pro-sodomite Judge David Bunning was used as cover for the Obama administration to illegally plan regulation, which is imposing law (something the Executive Branch has not been given authority in the Constitution to do), to pay for mutilation surgeries for mentally ill men and women who think they are the opposite gender.

The Department of Health and Human Services (HHS) announced a planned new regulation Thursday that will require health insurers participating in Obamacare to cover more health procedures sought by the transgendered.

The new rule applies to every health insurer offering plans through Healthcare.gov or any of the state-run Obamacare insurance exchanges. It declares that insurers are prohibited from engaging in discrimination not only on the basis of sex, but also on the basis of gender identity.

In the past, several health insurance plans have categorically excluded health care related to transitioning between genders, often on the grounds that such procedures are often cosmetic, not medically necessary, and elective in nature. Now, such categorical bans will be disallowed, and insurers will have to cover many of the procedures.

HHS says the new rule won’t require insurers to cover all hormone treatments or sex reassignment surgeries, but it will almost certainly require them to cover a large number of them.

First, let’s put in place that the Executive Branch is acting unconstitutionally. Article 1, Section 1 of the US Constitution reads:

All legislative powers herein granted shall be vested in a Congress of the United States, which shall consist of a Senate and House of Representatives.

How much power for legislation is left for the Executive Branch? How about for the federal courts? None, zero, zip, nada. The Congress has not passed any legislation that requires paying for mutilation surgeries or hormone treatments for mentally ill people under the judgment of God (Romans 1:18ff). Therefore, the Executive Branch has no authority to issue such a rule against health insurers. They are usurping it.

Why don’t the insurance companies band together and tell the feds to go pound sand?

“We are not requiring coverage for gender transition surgery,” said Jocelyn Samuels, director of the Office for Civil Rights at HHS, who makes me wonder for the appearance if she is not some sort of transgendered person. “We are simply saying that insurers must apply nondiscriminatory treatment … if they all exclude all gender identity treatment that will be a violation of the law.”

Well, Samuels can say that all she likes, but the reality is that the federal government, under the Constitution, has no authority to tell anyone who they may or may not discriminate against. We discriminate all the time. It’s protected in the First Amendment under the idea of peaceably assembling. We assemble with those of like mind and discriminate from assembling with those we are against ideologically.

How is Samuels attempting to justify her claims?

CNBC reports, “As an example, Samuels said the department would question a decision by an insurer to deny coverage to a person for a hysterectomy—the removal of ones’ uterus—if it were recommended by their doctor as part of a gender dysphoria diagnosis, and if that insurer covered hysterectomies for other diagnosed reasons.”

Wait, so a hysterectomy is equivalent to a man who thinks he is a woman and wants to cut his privates off and have breast augmentation? Seriously? See what a reprobate mind does people? See why those who encourage reprobate minds are also worthy of the same punishment as the reprobates? This is insanity!

And at the end of the day, who will pay for all of this? That’s right, you Mr. and Mrs. America, because it will be money that will be added to your premiums and, of course, with the people in the illegal Obamacare program, there is no doubt that taxpayers will be on the hook for some of the costs as well.

So, the criminals continue to run the show while the rightful governors, the people, stand back and allow it. I’m wondering just how long it’s going to take the people to pull out the pitchforks, torches, tar and feathers and, of course, exercise their rights under the Second Amendment to “secure a free state.”