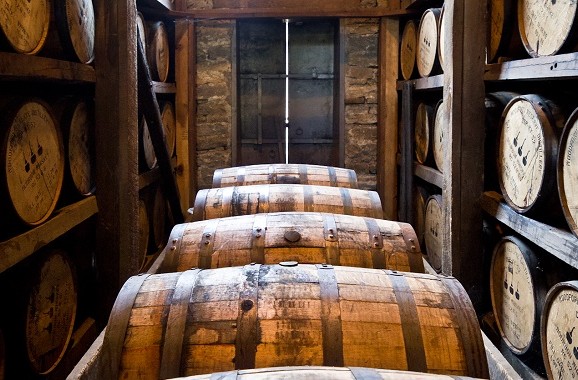 Often, the State feigns repentance for its past crimes, from the genocide of Native Americans and slavery to even some of the CIA’s corporate coups. Small paragraphs — and sometimes even chapters — discuss these atrocities in public school textbooks, if only because they are so widely-known that institutions can no longer ignore them — lest the government’s illustrious stated goals of educating the citizenry be questioned. Still, many of the State’s most sinister secrets remained buried.

On New Year’s Day, 1927, hospitals in New York were flooded with people dying from poisoned alcohol — alcohol made toxic courtesy of the very same government that had made the substance illegal in the name of keeping the public safe. One hundred years later, this abhorrent historical anecdote is so obscure it reads like a paranoid, unsourced conspiracy theory in a dubious internet forum.

Regardless, 41 people did die that New Year’s Day, and estimates suggest that anywhere from 10,000 to 50,000 people were killed by government-poisoned alcohol in the 1920s — and the deaths were a direct result of policies the government imposed.

The 18th amendment, which banned the sale and production of alcohol, was ratified in 1919, spurred by the temperance movement and Americans’ weariness following World War I. The Volstead Act was passed shortly after as an “enforcement” act to ensure Congress could actually implement the amendment. The bill included provisions to poison alcohol so as to discourage people from drinking.

Denatured alcohol is generally a normal, drinkable alcohol with chemicals like quinine and methyl alcohol added to make it industrial — and therefore undrinkable. As far back as 1906, the Treasury Department (charged with overseeing alcohol enforcement) had already required manufacturers who wanted to avoid taxes levied on potable spirits to denature their alcohol. But by late 1919, the Volstead Act had created tangible incentive for manufacturers to produce poison liquor.

As Edward Behr documented in his book, Prohibition: 13 Years that Changed America, “Under Volstead Act provisions, the manufacture of denatured alcohol was not only legal, but tax exempt. The denaturing substance was usually methanol, and methanol was extremely poisonous. Three glasses could be lethal, explaining the steady rise in the death toll from 1920 onward.” The Volstead Act intentionally failed to include a provision that required a label warning of the poison.

It quickly became apparent that simply banning a substance could not impede its consumption (this should sound familiar, considering the decades-long failed Drug War). Though rates of alcohol consumption initially dropped, by the mid-1920s they had increased sharply, so the government stepped in to further “discourage” people from drinking. The strategy? Add more toxic chemicals.

As Deborah Blum, professor of science journalism at the University of Wisconsin noted, by mid-1927 “[t]he Treasury Department also demanded more methyl alcohol be added—up to 10 percent of total product. It was the last that proved most deadly.”

This spike in deaths happened particularly because much of the denatured alcohol used by industrialists eventually made its way to bootleggers, a majority of whom did not fully “renature” the alcohol. In fact, in 1926, prominent prohibitionist and Deputy Attorney General Mabel Walker Wildebrandt noted that 660,000 gallons of denatured alcohol existed, with a significant portion ending up in the hands of bootleggers (other more recent estimates claim “some 60 million gallons of industrial alcohol were stolen annually to supply the country’s drinkers,” though the author who noted this statistic did not return an email from The Anti-Media seeking clarification). A 1927 study of confiscated liquor in New York City found that 98% contained some sort of poison.

In other words, the government was well aware that the poisoned alcohol was reaching the citizens they were trying to “protect.” But because they were so eager to reduce drinking — and saw that the 18th amendment and Volstead Act were failing to achieve that noble goal — they continued to increase the levels of poison added, creating an even larger spike in deaths.

The epidemic was so bad — and the government so deeply implicated — that New York City Chief Medical Examiner Charles Norris said, “The government knows it is not stopping drinking by putting poison in alcohol…Yet it continues its poisoning processes, heedless of the fact that people determined to drink are daily absorbing that poison. Knowing this to be true, the United States government must be charged with the moral responsibility for the deaths that poisoned liquor causes, although it cannot be held legally responsible.”

At the time, there was no doubt that the government was responsible for the thousands of deaths. Though there are no national estimates on the death toll, Behr documented that “…it is probable that by 1927 such deaths may have exceeded the 50,000 mark – to say nothing of hundreds of thousands more nonfatal cases resulting in blindness or paralysis.” By 1930, as many as 15,000 people from one small Kansas county had been victimized by the tainted alcohol.

At the time, one Columbia University doctor went so far as to call the government’s practices in spurring the production of denatured alcohol “legalized murder.” The Chicago Tribune observed that “Normally, no American government would engage in such business. … It is only in the curious fanaticism of Prohibition that any means, however barbarous, are considered justified.”

Unsurprisingly, the pushers of Prohibition were both unapologetic and hypocritical. Wayne Wheeler, leader of the Anti-Saloon League (ASL) and a prominent attorney and political power broker, shirked any responsibility for the deaths. This was particularly contradictory considering he had previously boasted about his role in the crafting and passage of the Volstead Act. Although he denied any liability, “It was a fact that the ASL had originally sanctioned the use of methanol when Volstead Act provisions were being drawn up, and had lobbied against any mandatory ‘poison’ labels on denatured alcohol. Wheeler had boasted of the ASL’s key role in drafting the act so loudly, and so frequently, that he lacked all credibility now that he denied responsibility for some of its provisions.”

Though Wheeler initially claimed only one person had died because of denatured alcohol since 1920, he was swiftly ridiculed by experts. Hastily, he argued “…the government is under no obligation to furnish people with alcohol that is drinkable when the Constitution prohibits it. The person who drinks this industrial alcohol is a deliberate suicide.” Clearly failing to appreciate or empathize with the nature of addiction, Wheeler refused to accept the responsibility he had once clamored to claim.

Additionally, the very same politicians that codified the Volstead Act were widely known to be raging alcoholics — though they enjoyed “safe” alcohol. “It was common knowledge that ‘Senators and Congressmen appeared on the floor in a drunken condition,’ and ‘bootleggers infested the halls and corridors of Congress and ply their trade there,’ and that no attempts had ever been made to expel them,” Behr noted. Politicians enjoyed private supplies of high quality liquor on the premises, where bootleggers kept supplies stocked. The corruption went as high as the Attorney General (and even the president), who arranged to exonerate prominent bootleggers who had been caught and found in clear violation of Prohibition statutes.

The case of the poisoned alcohol is not an isolated incident. The United States government has a history of abusing individuals “for their own good.” In addition to infecting black Americans with syphilis in the 1930s (allegedly to help study treatment options), the government conducted a similar program in Guatemala that sickened hundreds of innocent people. It facilitated tests on 60,000 minority soldiers, exposing them to mustard gas in the hopes that blacks and Latinos possessed super-human immunity that would allow them to rush into battle ahead of the whites. Many of these egregious acts have only come to light in recent years, breeding suspicions about what other crimes have transpired that are yet to reach the public. What these actions have in common is the government’s historical pattern of killing or maiming people to save them.

Regardless of the State’s intentions for poisoning alcohol — no matter how disingenuous or well-intentioned they may have been — it remains that even if lawmakers and prohibitionists did have the people’s best interests at heart, they failed miserably in accomplishing their goals. Worse, that same government remains unchecked today, creating more questions than answers about what heinous crimes are currently transpiring that the citizenry may only learn about a century from now — if ever.