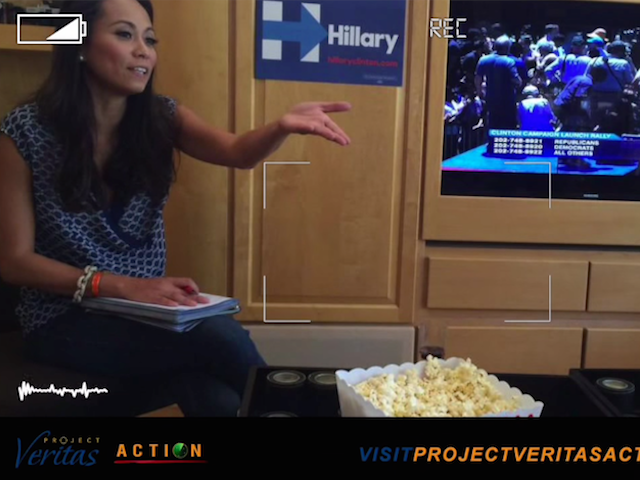 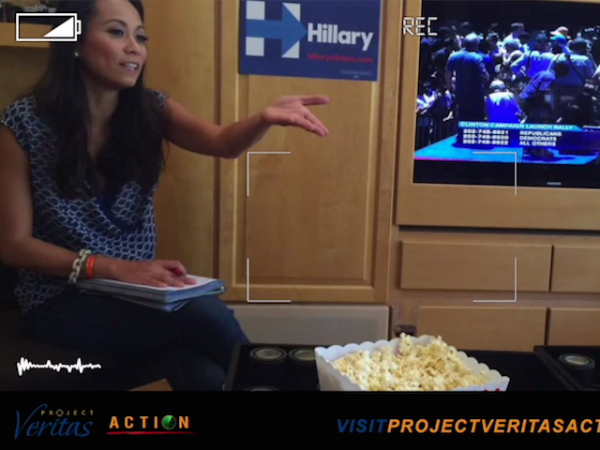 James O’Keffe strikes again, exposing more corruption from the Clinton criminal mafia. This time it’s in Nevada, where the Hillary Clinton campaign not only promotes the breaking of election law, but brags about doing so.

But it wasn’t just Gupana, the group caught numerous Clinton campaign workers doing the same thing with the attitude that “it’s better to ask for forgiveness than ask for permission.”

Forgiveness? For breaking the law? Perhaps this is why, more than ever, we need to start administering justice on these people. If they get spanked hard enough, then they’ll learn to just obey the law without justifying their lawless actions.

Of course, O’Keefe commented on such remarks by saying, “Just as with her State Department email scandal, the culture of Clinton’s presidential campaign seems clear: break the law, then ask for forgiveness only if you get caught.”

However, did that stop Philip Kim, a paid Hillary for Nevada staffer, from encouraging a woman during the voter registration process, “I would say Hillary is your girl”? Nope it did not. He’s in clear violation of the law and should be arrested and prosecuted as such.

“You should go for a Democrat, but I can’t tell you to do one or the other, that’s not my job,” he added, doing exactly what he said was not his job to do.

Harrison Lee is also with Hillary for Nevada. He openly admitted that he was reprimanded because he was openly endorsing Clinton outside a local library. Again, he’s in violation of the law and he’s admitting to it.

Lee and his companions were actually carrying pro-Clinton signs, which is what drew the library’s attention.

In fact, Henry Engelstein confirmed Lee’s story and said a worker at the Las Vegas library confronted them with the Nevada statute books, reading them the law. Were they repentant? Absolutely not. They are openly confessing to felonies! It seems they have learned well from their criminal heroine Hillary Rodham Clinton, and assume no one will bring the law to bear on their crimes.

This is what you get when you are soft on crime! You encourage more of it. Not only do you encourage lawlessness among the people, but you also encourage it among the attorneys.

Gupana didn’t tell these guys that they should not have the signs. Rather, she said, “You should just hide all that stuff.” In fact. She was also caught on video entering the Department of Motor Vehicles to solicit voter registration, something that is also in violation of Nevada law, and encouraging, “do whatever you can, whatever you can get away with just do it until you get kicked out.”

This is the third video in a series O’Keefe has released documenting the crimes of the Clinton campaign workers. Here’s the first video:

The State of Nevada is now investigating the Hillary Clinton campaign.

“We do have an official complaint referencing the video,” Wayne Thorley, deputy secretary for elections in Nevada’s Secretary of State’s office, told Breitbart News. “The complaint was filed 2:30 local Nevada Time today. We will be investigating the complaint.”

“We can confirm that we are aware of the video and we will look into what’s on the video,” Thorley said.

“They’ve become paranoid,” said Clinton Foundation President and CEO Donna Shalala in recently uncovered audio about Bill and Hillary Clinton. “Paranoia. Thinking people are out to get them, this right-wing conspiracy stuff.”

Zeke Miller of Time Magazine just reported that Hillary Clinton’s campaign believes they have been infiltrated by undercover operatives from Project Veritas:

Hillary Clinton’s campaign offices around the country have been put on alert after at least two women approached Iowa staff under the guise of being supporters in an apparent effort to catch the campaign engaging in improper or illegal activity, a Clinton campaign official said.

The motivations of the women is not known, but their alleged techniques match those of Project Veritas, the conservative group run by James O’Keefe, which specializes in undercover stings meant to embarrass liberal groups and politicians. The group declined to comment on the Clinton campaign’s allegations. “Project Veritas does not comment on investigations, real or imagined,” said Daniel Pollack, the director of communications for the group.