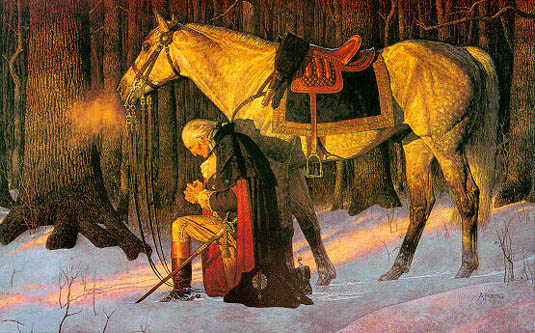 How many times have liberal leftists tried to cram “separation of church and state” down the throats of Christians in order to serve their agenda? It is more times than can be counted. But, it’s always a street running in one direction and directed at Christianity — no Christianity in government, but government should control Christianity. Their claim flows in the “wrong direction.” It is government that should refrain from interfering with religion, while religion—specifically, Christianity—plays a significant role in government. The left liberal fallacy needs countering strongly. These “anti” Christians repeatedly cite Thomas Jefferson as declaring there should be no mingling of church and state, using a statement in a letter he wrote to the Danbury Baptists.

“…Believing with you that religion is a matter which lies solely between man and his God, that he owes account to no other for his faith or his worship, that the legitimate powers of government reach actions only, & not opinions, I contemplate with sovereign reference that act of the whole American people which declared that their legislature “should make no law respecting an establishment of religion, or prohibiting the free exercise thereof,” thus building a wall of separation between Church and State.”

As Publius Huldah points out, leftist liberals using Jefferson to try to eradicate Christianity walk a “slippery slope” declaring Jefferson as an ally. Jefferson attended religious services constantly in the House of Representatives. He gave permission to various denominations “to worship in executive office buildings” indicating Jefferson had no issue with sectarian prayer or with religious and communion services on public property. In truth, Jefferson’s statement confirmed that government should “not dictate to People in matters of religious beliefs,” relying on the First Amendment. Nowhere did Jefferson indicate religion should be removed to the private sphere; on the contrary, Jefferson’s actions regarding religious services in the government setting indicated the opposite — a support for religion in government. Yet, as usual, “anti” Christians remove the sentence or phrase from context to pervert its meaning to support their stance, including the circumstance prompting Jefferson’s response.

When the left fallacy of “separation of church and state” is disputed using references, these Christian haters turn to the Treaty of Tripoli signed by President John Adams. Article 11 of the treaty declares the United States is not a Christian nation. However, they stop there. Never do they look at research papers or essays discussing the “controversy” surrounding this article included in the English version but not the Arabic version nor do they reference the subsequent Treaty of Tripoli of 1805 superseding the 1797 treaty where that statement is missing. 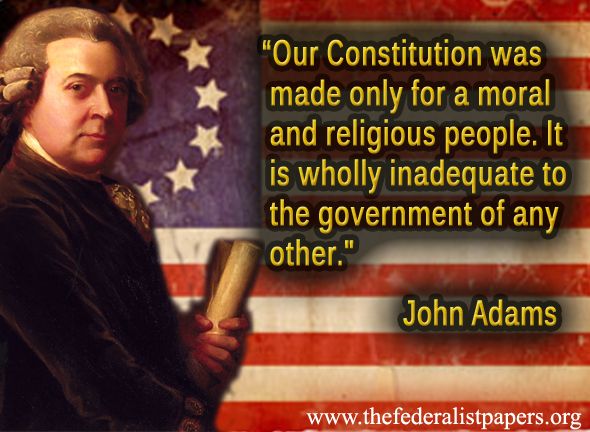 These are the same individuals who ridicule, defame, and criticize Kentucky County Clerk Kim Davis for refusing to issue marriage licenses to sodomites, claiming, “she is violating the law.” Once faced with the fact that only Congress makes law and the law has not changed nationally or in Kentucky, these Christian haters jump to “separation of church and state.” They claim she cannot refuse to do her job based on her religious “hatred.” These individuals cannot decide which law takes precedent, state or federal. They flout to follow a Supreme Court decision in violation of State law while upholding a State law in violation of federal law — legalization of marijuana in several states.

The answer is very simple when Christian principles and the Christian religion play an integral part in government. Christianity provides an internal, inherent “moral code.” Men keep their word, for to do otherwise is “bearing false witness.” For this same reason, men honor contracts. The Constitution is one of the founding documents creating a “contract” between the States and people with the Creature federal government. Honorable men in government, possessing Christian principles and adhering to the Christian religion, abide by the Constitution and their oath because of the internal, inherent “moral code.”

If this nation, as left liberals want to proclaim, was not founded as a Christian nation, then why is our Constitution written as it is? One could theorize the founders assumed the internal, inherent “moral code” Christianity provides would guide men to honor the tenets of the Constitution. John Adams stated, “Because power corrupts, society’s demand for moral authority and character increases as the importance of the position increases.” He is also known for stating, “Our Constitution was made only for a moral and religious people. It is wholly inadequate to the government of any other.”

When left liberals hear “moral code,” they instinctively jump to the lifestyle and spiritual morals while forgetting additional moral codes important to function within society. Moral code extends to affording the right of due process, establishing criminal laws and punishments, creating civil laws, how to treat others, the teaching of children, the responsibility of parenthood, and the pitfalls of excesses along with the roles in society of men and women, etc. The possession of Christian morality insures upholding of the law and the promotion of justice. The commandment against bearing false witness dictated by God and held by Christianity means men honor their oaths and their word.

What would government be if men occupying important positions were devoid of the internal, inherent “moral code” present in Christianity? Our nation might have a president who has 1,063+ documented incidences of bearing false witness and criminal activity. The American people might witness sanctioning of murder, legalized theft, denial of property rights, violations of due process, and establishment of pseudo-laws. Violations of religious freedoms might occur along with other inherent rights given to individuals by God. Laws might be ignored on a whim or laws made in violation of the tenets of the Constitution. Men in government would enrich themselves on the backs of the people who elected them to office. Corporate and bureaucratic oligarchies might form that would control government instead of the people.

This is what America is witnessing since the push began to eradicate religion, specifically Christianity, from government under the auspices of the left liberal fallacy of “separation of church and state.” Those trying to “follow whatever keeps him or her out of jail” may find that difficult. Once, in history, it was legal to marginalize, mistreat, abuse, and murder an entire sect of people — to do otherwise was illegal. While following those government “laws” would prevent incarceration and punishment, the commission of those acts would come to be known as “crimes against humanity,” in violation of the moral code. This was the case in Nazi Germany with the only defense being “I was following orders.” Those individuals trying to stay out of jail would have a dilemma. It’s not a difficult guess which way they would swing being devoid of moral compass.

In veritably, these “Christian haters” throw about the inquisition, the Crusades, and the Salem Witch Hunts as examples of the violence and hypocrisy of Christianity. Yet, they neglect to see the Catholic Church, through corrupt leaders, not all of Christianity, perpetrated the inquisition; the Crusades were in response to Muslim aggression against Europe and non-Muslims. The Salem Witch hunts occurred in a small sect of Christians egged on by the false testimony of children.

Make no mistake, these people pushing eradication of Christianity are devoid of a “moral code” and a moral compass. They certainly supported the unjustified incarceration of Kim Davis because of an unlawful federal court judge order. Some of these individuals claim to be Christian as they support the trampling of the Constitution, state laws, and violations of individual God-given rights. These individuals are “lukewarm” and surely look toward Heaven more out of fear of the singe of Hell than entering because of accepting, loving, and following God and Jesus Christ.

While these left liberal Christian “haters” attempt to frame the argument that America is not a Christian nation and was not founded on the principles of Christianity, the argument against their claim is stronger, especially when considering inherent rights and an inherent moral code given to each individual by God, recognized by the founders and referenced in the Declaration of Independence. The government, as we witness it operating today, exists as an example of men devoid of Christianity and Christian principle.

“The general principles, on which the founders achieved independence, were the only Principles in which that beautiful Assembly of young Gentlemen could unite … And what were these general Principles? I answer, the general Principles of Christianity, in which all these Sects were United … I will avow that I then believed, and now believe, that those general principles of Christianity are as eternal and immutable as the existence and attributes of God; and those principles of liberty are as unalterable as human nature.” — John Adams to Thomas Jefferson, June 28, 1813.