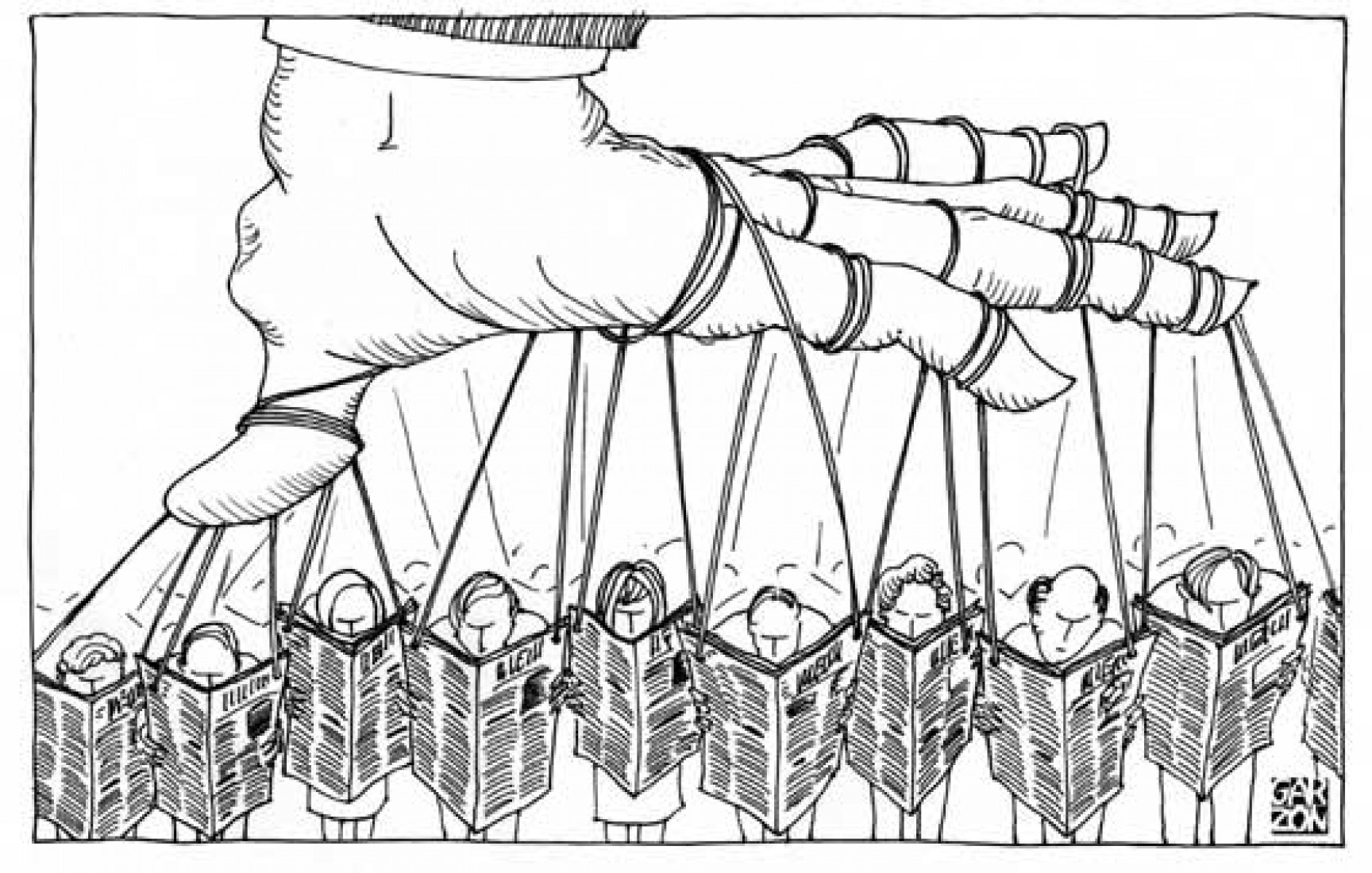 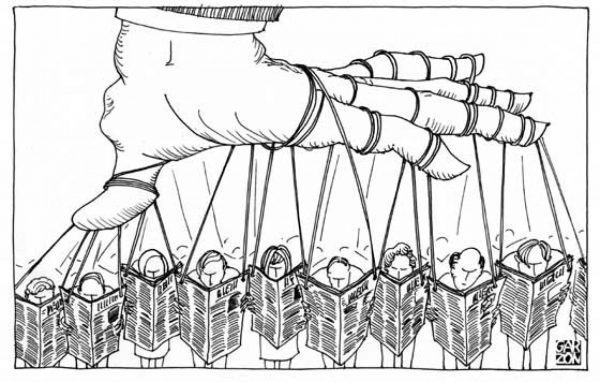 1 – Police,  military or federal agency “drills” are almost always going on at about the same time of the staged event.

2 – The accused patsy is always followed by and/or in contact with FBI, police or other government agency for months or years prior.

3 – Accused patsy is often aided by the same federal agencies with the acquisition of weapons needed for the false flag event.

4 – Patsies almost always end up dead usually due to “suicide,” deadly “manhunt” or they are captured in a physical or mental state that ensures they won’t be speaking much.

5 – Patsies almost always leave behind one of those bizarre “manifestos” which conveniently outline all their intentions that seems to always fit perfectly into the scripted official story.

6 – Mainstream media jumps on the story with the usual over-the-top 24/7 coverage to make sure you are aware of the story, always thinking about it, and you are afraid.

9 – The control system resorts to accusations of “conspiracy theories” very early on to discourage anyone from looking too deeply into the story being presented.

10 – Early on, we see strange-acting family members on TV crying without tears, displaying inappropriate affect and emotion, and quickly calling for gun control or some other political agenda in response to the event.

11 – Politicians are also always on TV immediately calling for new legislation in response to the event. The political “solution” always takes away more and more of our freedoms and gives more and more power to the federal government.

These 11 items are just a glimpse of the repeated script we’ve seen played out here in America every time the controllers orchestrate a false flag crisis-actor event.

After the recent Virginia TV Reporter staged shooting event at the end of August 2015, however, I want to add one more crucial item to look for only because we’re seeing it now so blatant and so obvious.

12 – If the false flag terror, shooting or bombing event is exposed convincingly, and it seems like too many people are figuring it out due to newly released evidence, then pull the story completely out of the public consciousness as a form of damage control by having the story vanish completely from the mainstream media news.

This is what we are now seeing. It’s been slightly over 2 weeks now and the media has said nothing about the Virginia TV Reporter shooting like it never happened. Could it be that this silence which began over a week ago is directly related to the overwhelming evidence of a second take in the staged shooting incident? This evidence did after all put a major crimp in the authenticity of the story. It was the death blow in a long list of entirely unbelievable coincidences. Some lies are difficult to recover from once too many people know; and, as we are seeing, sometimes it’s best to pull the whole story out of the media and hope it fades away for good.

Here’s something for everyone to consider. Perhaps the initial shock value and the reaction of the masses to the shooting was the whole point of the shooting. I’ve discussed another possibility recently which everyone should at least consider and that is – what if it was intended for truth seekers and alternative media to figure out that this latest shooting was fake? Sounds ridiculous? Not if you consider that we are still in the final days of operation Jade Helm where Jade 2 artificial intelligence software is still reading, absorbing and observing the reactions and actions of the human domain. That’s right. It is quite possible that humanity is being played with ridiculous false flag events just to observe and record the effect it has so that artificial intelligence software can use that information for future strategizing against the human domain. This is a primary stated purpose of operation Jade Helm and for that reason all truth seekers should be thinking on their feet and remaining highly vigilant.

So this lightning speed removal of the Virginia shooting story from mainstream media should also serve as a reminder that researching every item of a false flag and spreading the information early on is important and sometimes can change the course of how the story is being told as we are seeing here.

Ironically, I spoke about this topic briefly almost a year ago when few people noticed that the 2 year Sandy Hook shooting anniversary came and left while the mainstream media practically ignored the anniversary of the entire event. This no doubt was in response to all the information that became available about the Sandy Hook crisis actor shooting that many people didn’t know the year before. CIA’s mainstream media clearly made a strategic decision to tune the event out of people’s minds in December of 2014. Will they make the same decision this year or will they stage a new shooting to revive the Sandy Hook feelings again? Will they coach a new eyewitness analogous to the “I shot Bin Laden” psyop of Spring 2015?

As I mentioned in my article then regarding the Sandy Hook ignored anniversary phenomenon, if the Sandy Hook shooting was real and all those hildren died in a bloody massacre, think of how big of a deal it would be to ignore the second anniversary of the supposed largest mass shooting in the history of the United States involving children. That’s exactly what happened December of 2014 and again this seems to be another sign to look for with failed false flags.

Thanks to the Internet and the information and technology age we live in, we can now diagnose government false flags in nearly real-time. It’s exciting to dismantle government and mainstream media lies as fast as we’re able to do it today. Let’s just hope these skills humanity has developed for sharp discernment for false flags can be harnessed in a more meaningful way.

Despite the skills humanity has amassed at diagnosing false flag events we still lack the skills at ensuring proper and swift justice and punishment is carried out on the perpetrators. And we have also failed at forcing police and government agencies to be transparent with all records surrounding the investigation of these false flag events. They continue staging these events in part because they continue to operate both immunity and in secret. All of the investigative records continue to be kept a secret from the general public.

So let’s hope truth seekers, activists, investigators and independent media can use the recent already-forgotten Virginia TV Reporter shooting to implement these necessary improvements when the next false flag event comes around. For if we cannot do this then we are just trading information with each other for the sake of information while nothing really gets done about the corruption behind these events.

This latest false flag reminds us that as politicians use these events to call for more gun laws and less freedoms, we should be using these events to call for more and more transparency in investigations for the purposes of defending against staged events and false flags. We need a truth and transparency mass counter effort. Let’s support those who are putting their lives and reputations on the line to expose events like the Sandy Hook show, Boston bombing, Virginia shooting and other false flag politically driven events because important counter corruption and counter secrecy legislation could potentially gain traction.

Ultimately, as I mentioned earlier, we are seeing the result of information-sharing and that is why it’s important to share information and help spread the truth whichever way you can. With the Virginia shooting completely faded (for now) from the pubic mind, let’s consider this another small victory for truth. Remember that the controllers usually don’t let go stories so quickly. They usually want to get as much out of a story as possible. So let’s begin familiarizing ourselves with the psychology of the presentation of these stories. What drives these stories into the news and what drives them out? Let’s ask questions like – why does one story in the news last one day while another lasts for weeks? Observing these patterns and developing the skills to answer these questions will make all of us experts at diagnosing propaganda, staged news, and crisis actor false flags.