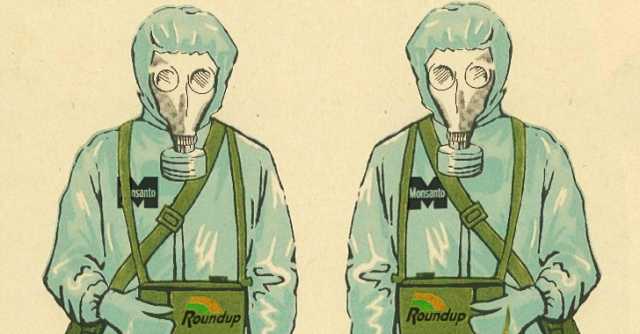 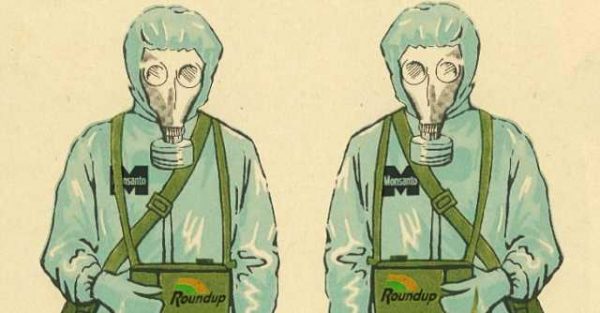 Sacramento, CA —California just dealt Monsanto a blow as the state’s Environmental Protection Agency will now list glyphosate — the toxic main ingredient in the U.S.’ best-selling weedkiller, Roundup — as known to cause cancer.

Under the Safe Drinking Water and Toxic Enforcement Act of 1986 — usually referred to as Proposition 65, its original name — chemicals that cause cancer, birth defects, or other reproductive harm are required to be listed and published by the state. Chemicals also end up on the list if found to be carcinogenic by the International Agency for Research on Cancer (IARC) — a branch of the World Health Organization.

In March, the IARC released a report that found glyphosate to be a“probable carcinogen.”

Besides the “convincing evidence” the herbicide can cause cancer in lab animals, the report also found:

“Case-control studies of occupational exposure in the U.S.A., Canada, and Sweden reported increased risk for non-Hodgkin lymphoma that persisted after adjustments to other pesticides.”

California’s decision to place glyphosate on the toxic chemicals list is the first of its kind. As Dr. Nathan Donley of the Center for Biological Diversity said in an email to Ecowatch, “As far as I’m aware, this is the first regulatory agency within the U.S. to determine that glyphosate is a carcinogen. So this is a very big deal.”

Now that California EPA’s Office of Environmental Health Hazard Assessment (OEHHA) has filed its“notice of intent to list” glyphosate as a known cancer agent, the public will have until October 5th to comment. There are no restrictions on sale or use associated with the listing.

Monsanto was seemingly baffled by the decision to place cancer-causing glyphosate on the state’s list of nearly 800 toxic chemicals. Spokesperson for the massive company, Charla Lord, told Agri-Pulse that “glyphosate is an effective and valuable tool for farmers and other users, including many in the state of California. During the upcoming comment period, we will provide detailed scientific information to OEHHA about the safety of glyphosate and work to ensure that any potential listing will not affect glyphosate use or sales in California.”

Roundup is sprayed on crops around the world, particularly with Monsanto’s Roundup-Ready varieties — genetically engineered to tolerate large doses of the herbicide to facilitate blanket application without harming crops. Controversy has surrounded this practice for years — especially since it was found farmers increased use of Roundup, rather than lessened it, as Monsanto had claimed.

Less than a week after the WHO issued its report naming glyphosate carcinogenic, Monsanto called for a retraction — and still maintains that Roundup is safe when used as directed.

On Thursday, an appeals court in Lyon, France, upheld a 2012 ruling in favor of farmer Paul Francois, who claimed he had been chemically poisoned and suffered neurological damage after inhaling Monsanto’s weedkiller, Lasso. Not surprisingly, the agrichemical giant plans to take its appeal to the highest court in France.

It’s still too early to tell whether other states will follow California’s lead.

This Is Backwards: How Is It That Employers Are To Be Held Responsible For Harm Caused By Vaccines, But Not The Pharmaceutical Companies?
May 17th, 2021 Sons of Liberty Media