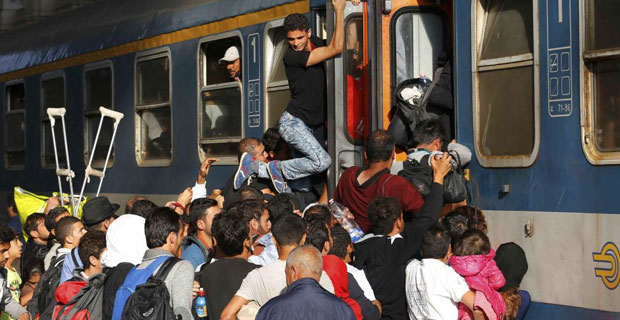 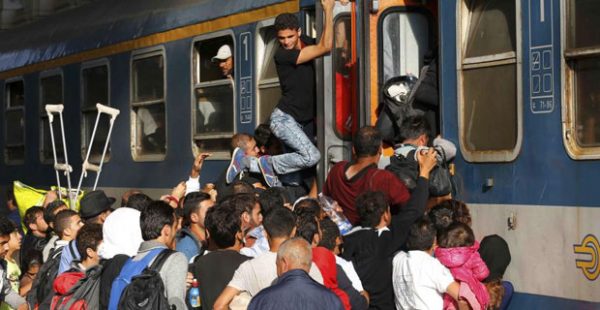 More reports are emerging of Muslim migrants pretending to be Christians in order gain easy passage to Europe and head for welfare havens like Germany and Sweden.

Solveig Gram Jensen, a journalist for Danish broadsheet Jyllands-Posten, was on board a ferry that transported 2,000 migrants from the island of Lesbos to mainland Greece.

With Germany as their ideal destination, the migrants, who carry expensive smart phones, have been getting tips from friends and relatives who have already reached European welfare states with the aid of people smugglers.

“They have also been told that they should change clothes and put on a chain with a cross when they come to the Serbian border town of Lojane,” reports an English-language summary of the Jyllands-Posten article. “Then Serbs believe that they are persecuted Christians from the Middle East, which will make the border crossing less problematic.”

Last week it was also reported that predominantly Iranian and Afghani migrants were converting to Christianity at churches in Berlin to boost their chances of being given asylum in Germany.

“The majority of Iranians here are not converting out of belief,” said Vesam Heydari, a congregation member at the Trinity Church in Berlin. “They only want to stay in Germany.”

Hungarian Prime Minister Viktor Orban was labeled a xenophobe earlier this month when he complained that opening the floodgates to Muslim migrants would undermine Europe’s Christian heritage.

“We shouldn’t forget that the people who are coming here grew up in a different religion and represent a completely different culture. Most are not Christian, but Muslim…. That is an important question, because Europe and European culture have Christian roots,” wrote Orban.

With Germany once again imposing border controls as a result of the mass influx of migrants, the task of gaining access to Europe is likely to get harder, especially given that many of the “refugees” have nothing to do with the Syrian migrant crisis whatsoever.

Meanwhile, more photos are emerging of migrants arriving in Germany who previously fought alongside jihadist rebel factions in Syria.

As we previously documented, while the mass media has consistently tried to portray the migrants as families fleeing war and ISIS persecution, 72% of them are men, with some having been members of the FSA in Syria, members of which went on to join Al-Qaeda affiliated groups and ISIS itself. The video below, which was “age restricted” by YouTube despite containing no 18+ footage, illustrates a side to the “refugees” that is not being broadcast by major western media outlets. Follow on Twitter: Follow @PrisonPlanet