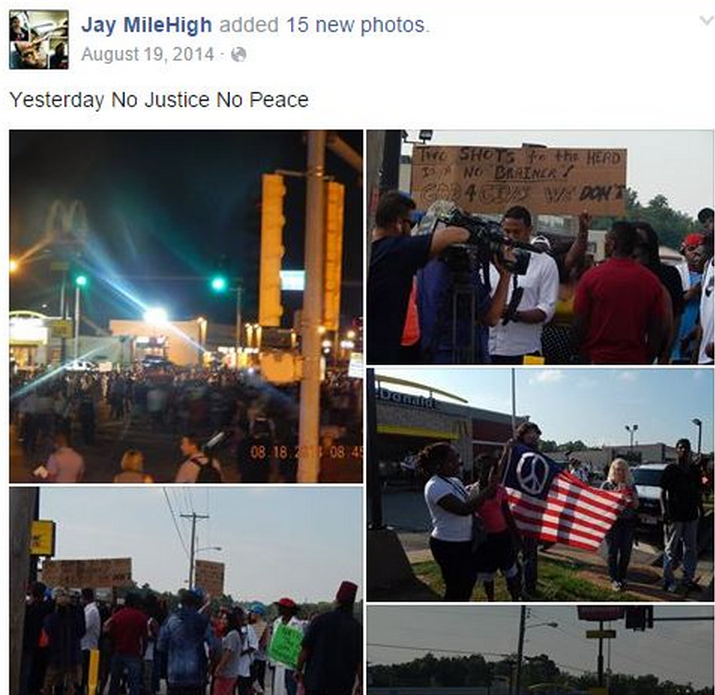 (INTELLIHUB) — Over the last few months there has been a tremendous amount of speculation and claims that portions of the mainstream media promoted Black Lives Matter movement are actively promoting and actually carrying out the killing of police officers throughout the country.

Now, even more evidence that this is indeed a fact has been revealed after a Kentucky State Trooper was gunned down late Sunday night.

“Officials stated in a release that when Ponder tried to pull over the suspect, the suspect took off, leading Ponder on an eight-mile, high-speed chase,” reported local news outlet 5 KSDK.

“The chase ended when the suspect slammed his brakes, causing Ponder to crash into his vehicle. The suspect then reportedly fired several shots into the cruiser, striking Ponder. He died about an hour later at the hospital.”

Shortly after the shooting social media users began to wonder if there was a connection to Black Lives Matter considering the violent rhetoric coming out of segments of the group over the last few weeks.

Shockingly, (or perhaps not considering the rhetoric) it has been revealed that the shooter, Joseph Thomas Johnson-Shanks, was not only a BLM protester, he actually attended the funeral of Michael Brown and posted photos of himself at the funeral on Facebook under the name Jay MileHigh. That’s right, despite dozens of outright lies by the mainstream media, Black Lives Matter protesters are absolutely killing cops.

As Paul Joseph Watson notes, “Johnson-Shanks’s involvement with ‘Black Lives Matter’ is particularly concerning given that the movement’s inspiration is a convicted cop killer on the FBI’s ‘Most Wanted Terrorists’ list, and numerous supporters of BLM have threatened to kill cops in the past, as we document below.”

The fact that BLM protesters are now listening to the violent rhetoric coming from a large part of the movement can largely be blamed on the liberal mainstream media which has championed Black Lives Matter from the beginning while purposefully lying about their calls for, and actual violence.

Less than two weeks ago Intellihub News published a report that called out an article by Salon.com “journalist” Scott Eric Kaufman that claimed that those that say Black Lives Matter are violent are simply following a “Fox News talking point.”

While one would imagine that a mostly liberal media that has supported Black Lives Matter from the beginning would at least acknowledge how disgusting these calls for violence actually are, the opposite has happened with multiple articles claiming chants heard at BLM protests were “playful” and that reporting on calls for violence is merely a Fox News talking point.

One apologist article that stands out was published on Salon.com in a report that attacks a black activist who has spoken out against BLM. Remember, white liberals don’t actually care about the plight of African-American unless they are supporting their hard left ideals.

In the video, Whaley accused the movement of “encouraging black people to kill white people” — encouragement to which he attributed the murder of Officer Darren Goforth in Houston last Friday. That wasn’t the only Fox Newstalking point/marching order Whaley indulged in, as he also claimed that “black people can’t accept the truth about themselves,” and need to focus on the fact that “all lives matter.”

Well Scott why don’t you call up the family of the slain Kentucky State Trooper who was murdered by a member of the group you are actively supporting and tell them that it is all just a Fox News talking point? It is important to note that Kaufmans claims were made AFTER the video below was published for the world to hear.

The disgusting apologist nonsense for BLM quoted above is simply one example of literally hundreds of articles that claim that anyone saying BLM might be violent is simply a white racist conservative and should be ignored.

Clearly the liberal media has jumped the shark and are now forever on record supporting people who have killed multiple police officers and continue to call for attacks on all cops and whites alike.

It is now time for ALL Americans of every race to not only call out and denounce BLM but directly expose and call out the journalists who are purposefully lying about the group in their never ending bid to label all those they disagree with as racist scum.

All photos from Facebook.com