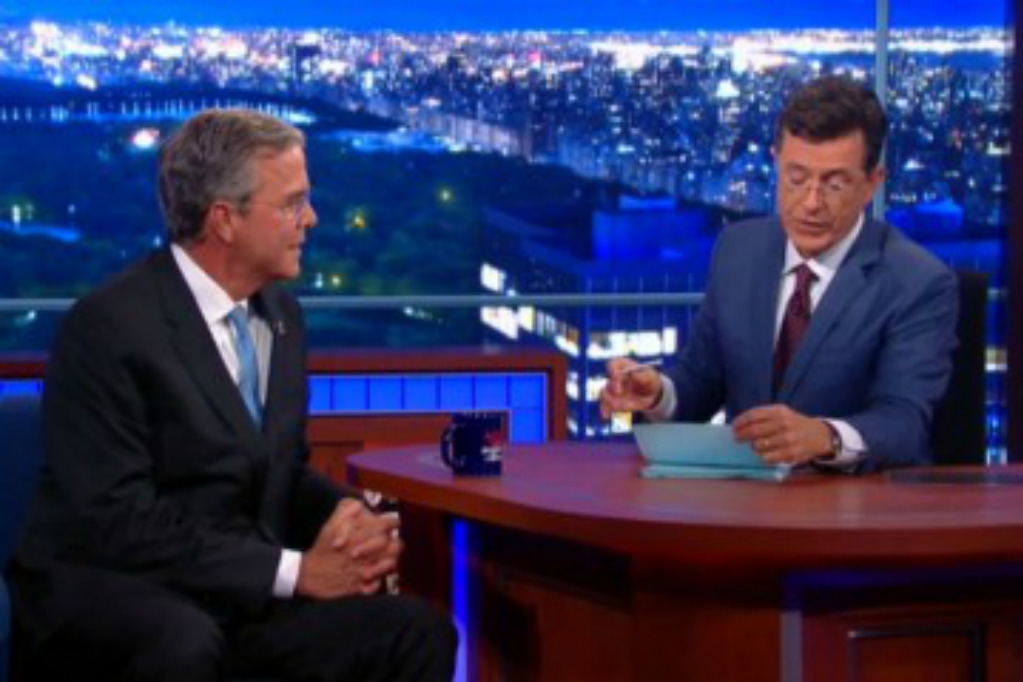 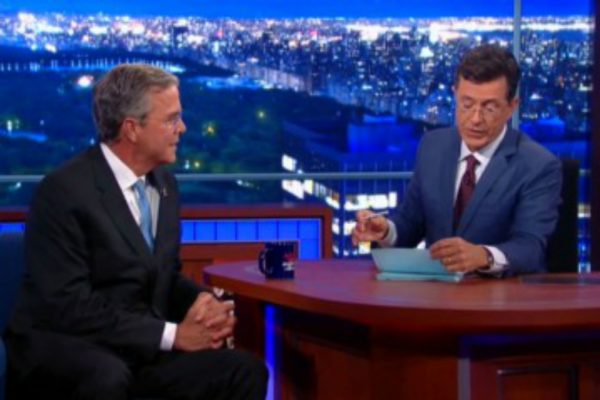 This past week Jeb Bush was a guest on The Late Show with new host Stephen Colbert when Bush said something that some conservative voters might find shocking.

When Colbert asked the Governor if the Constitution implied a national right to gun ownership, Bush seemed to indicate that he believed each state had the right to legislate gun ownership as they see fit.

Stephen Colbert: Well, the right to have an individual firearm to protect yourself is a national document, in the Constitution, so shouldn’t that also be applied national…

After the story broke, the Bush campaign contacted the Daily Caller to explain that Bush is a strong supporter of the 2nd Amendment and that he wasn’t trying to argue that states have the right to limit the 2nd Amendment.

Governor Bush is a strong 2nd amendment advocate and reiterated his view that the federal government should not be passing new gun control laws. He believes in states rights and as Governor of Florida he used the 10th Amendment to expand gun rights with a “Six Pack of Freedom” bill and received an A+ ratings from the NRA.

While I appreciate what Governor Bush was trying to say in the interview, that the states are supposed to have as much power as the federal government (thus creating our federal system), on this issue, he is wrong. See, that’s the whole point of the Bill of Rights. It’s an enumeration of our specific rights that the federal government AND the states must respect. If the 2nd Amendment did not exist… then his 10th Amendment argument would make sense.

While Jeb tries to use a states-right argument here, he should have simply turned Colbert’s argument back on itself. Because the Constitution mandates the right to gun ownership, this means that the federal government (and the state governments) have no right legislating against gun ownership. If we can’t trust Jeb to counter a simple and easily refuted attack on the 2nd Amendment, how can we trust him with more complex issues?