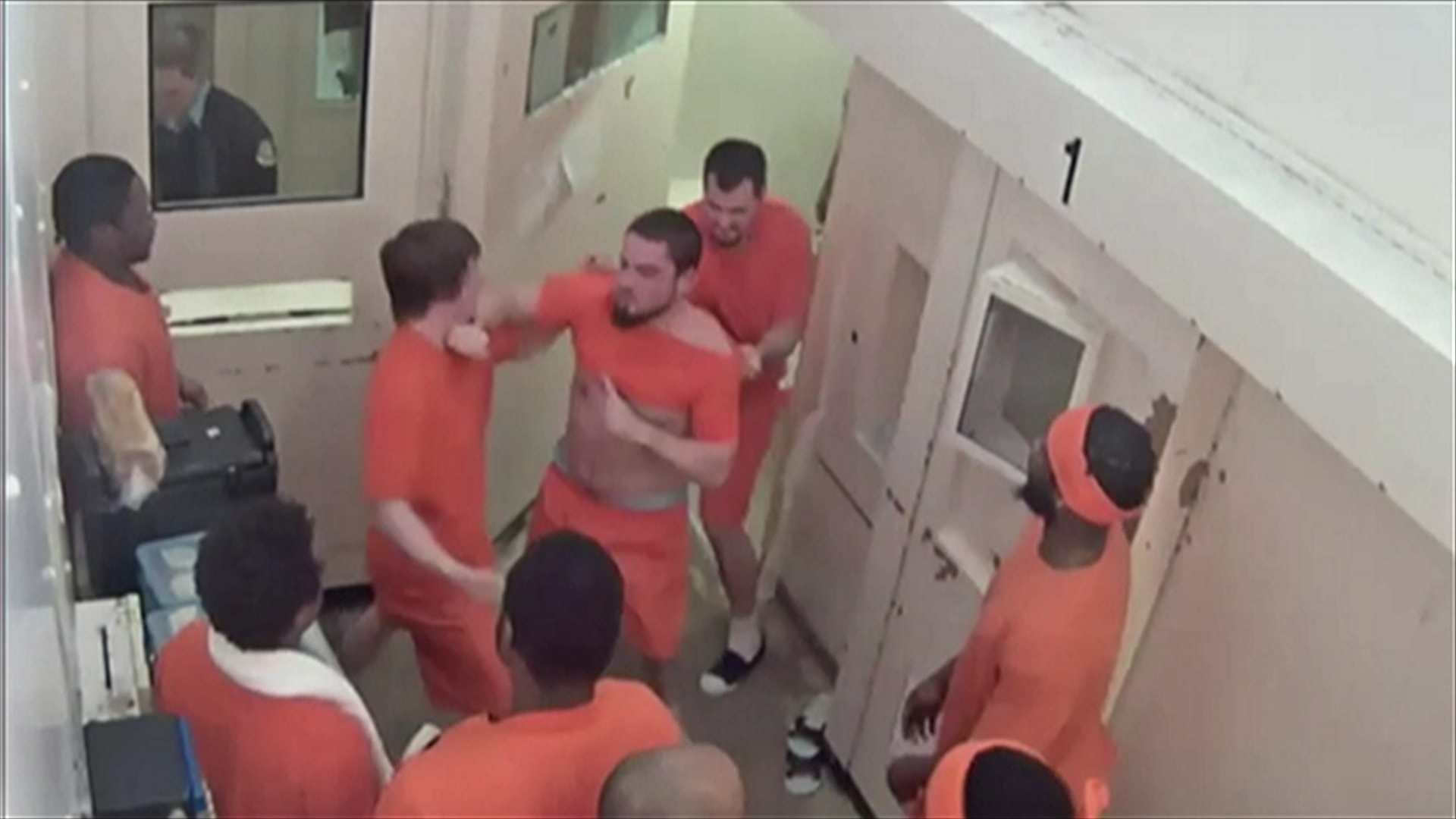 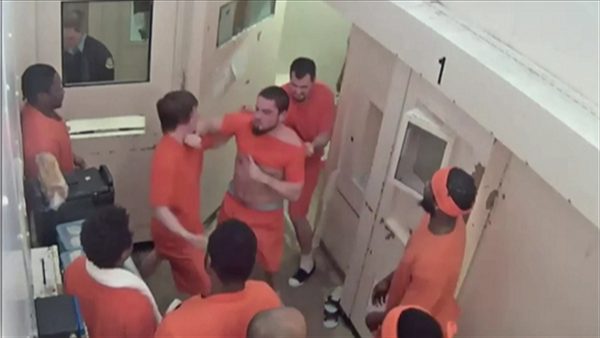 than their own government does. In a recently released video by Canadian officials, Carlos Larmond, who is facing terrorism-related charges, got a beat down by two other prisoners after he attempted to convert them to the religion of pieces.

Larmond and his twin brother are both jailed in Ottawa-Carleton Detention Centre. They have been there since January after they planned to leave the country to engage in Islamic terrorism.

However, it was after Larmond attempted to convert several of the prisoners to the death cult of Islam that he was summarily beaten. Take a look.

The Inquisitr has the story:

In the video, you can see two men viciously attack Larmond with a flurry of punches and kicks – as other men in the room watch on. They are also at one point seen dropping an object on Larmond. Some of the people in the video seem happy at the beating that Carlos received and are seen smiling. Carlos somehow manages to get back to his feet and is then escorted out of there by guards. After Carlos Larmond leaves, the onlookers and the attackers are seen shaking hands and congratulating each other. According to reports, Larmond was left with a broken left hand and a black eye after the vicious beating.

One of the attackers was identified as 24-year-old Terrence Wilson. He has been sentenced 60 days in jail for attacking Carlos. The other attacker in the video has not been identified but is said to be a 29-year-old individual.

Wilson’s lawyer Paolo Giancaterino in his defence said that the attack happened after Larmond allegedly tried to convert Wilson to Islam several times – and when he did not budge, threatened to kill him when he resisted.

“It first started with some friendly requests for him to convert to Islam and be a soldier of Islam, and my client was having none of it. It escalated to the point where threats were starting to be made that my client would be killed in his cell if he didn’t convert. That was followed up by another threat that my client’s family would be killed by someone on the outside if he didn’t convert.”

Over several weeks, Carlos persisted and finally the patience of the two men wore off, Pailo added.

According to reports, Larmond suffered a black eye and a broken hand during the beating.

Wilson was in custody awaiting charges for aggravated assault, which he had already admitted.

Gareth Jones, a member of the executive board for the Ontario Public Service Employees Union, told the Ottawa Sun that the guards are nervous due to the ties the Larmond brothers have to Islamic terrorists.

He believes the guards in the video can easily be identified and have been threatened.

“I have been in that situation. It’s not a good place to be,” said Jones, a jail guard in Brockville for 27 years, who has been threatened by organized crime members.

“It’s hard to describe what a bad feeling it is when the threat comes from outside the walls of the institution and follows you to where your family is.”