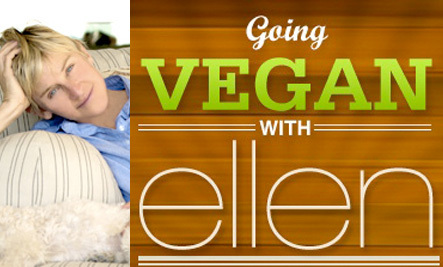 Actress/comedienne Ellen DeGeneres is a vegan and animal rights activist.

In 2012, describing her vegan journey, DeGeneres said, “I’ve always called myself an animal lover. And yet I ate them…I would be driving past these cows on pastures, and think ‘What a lovely life that is,’ and I’d go and order a steak. It takes a click, just one light bulb, and you’re like ‘I can’t do that anymore.’”

Brianne Hogan reports for ecorazzi, Sept. 14, 2015, that DeGeneres recently launched a footwear line called “ED by Ellen” that is manufactured in Brazil by the Camuto Group, the same billion-dollar leather company that’s behind Nine West.

ED by Ellen will feature leather boots that will sell for $250 and up. The line will be available at Bergdorf Goodman in NYC as well as in other stores throughout the country and internationally in the spring.

Animal advocates are accusing DeGeneres of hypocrisy. The Global Conservation Group (GCG)  released a letter yesterday, citing their disappointment. The letter states, in part, how animals in the leather industry are “treated much worse” than those in the farm industry. “It’s not uncommon for animals used for leather to be skinned alive while fully conscious,” it reads. The group has even posted a petition entitled: “Dear Ellen, cut out leather from your new shoe line.”

The leather boots in the ED by Ellen line are missing from DeGeneres’ website, but they appear on Bergdorf’s. The move appears to be a strategic one from DeGeneres’ camp so as to not alienate her vegan fans. But that tactic doesn’t seem to be working for some.

Sarah Winnick, an Ellen fan and animal advocate, told the Dodo, “It’s obviously all about the money for her. She doesn’t give a damn about the animals. And, she is demeaning workers here in America by sending jobs overseas. She could have easily manufactured a vegan shoe line right here in Los Angeles.”

DeGeneres has also removed from her Facebook page a photo of her and wife, Portia DeRossi, posing with fur-lovers Kim Kardashian and Kanye West at her shoe line’s NYC launch party. DeGeneres is launching a menswear line with leather-lover Kanye West.

A comedy writer who worked with DeGeneres told the Dodo that DeGeneres “must have been getting blow-back from her friends with taste over her association with a fur-hag and her egotist husband. She’s too star-struck to give up that picture without a really good reason.”

PETA, which named DeGeneres one of its people of the year in 2010, said on Twitter that it has yet to make a statement regarding the matter.