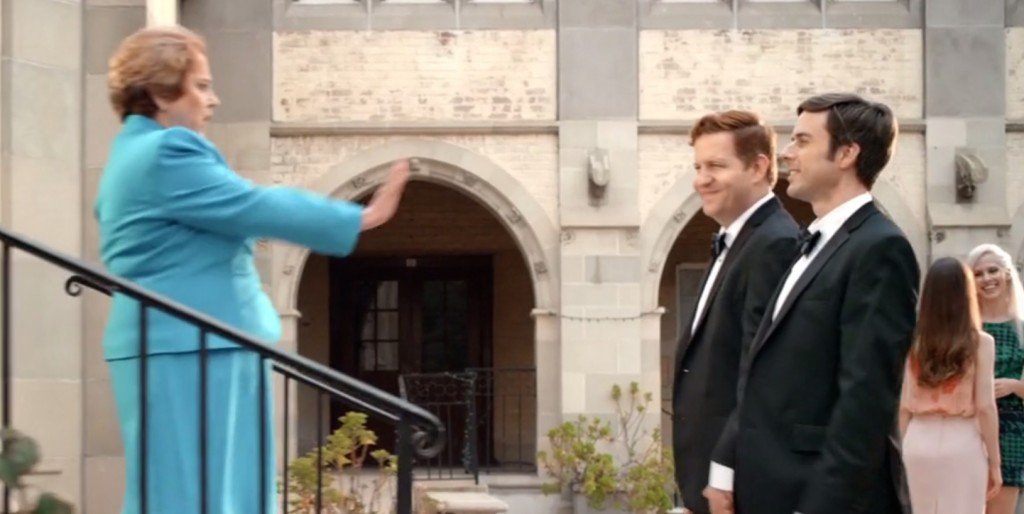 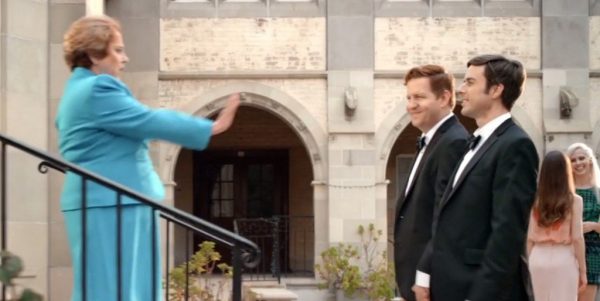 While it is good to attack the beast system that seeks to set itself against God and His Laws, what are Christians doing to go after the companies that receive money for their products to promote the very agenda that Christians claim to hate? The latest to push the sodomite agenda and mock the Bible’s teaching on sodomy and marriage is Tide Laundry detergent.

You should know that the commercial below was not produced by Tide Laundry detergent, but by a consumer. Nevertheless, the company had no problem posting the commercial.

The commercial begins with a shot of a woman speaking to a priest and two men’s hands join. The men are in tuxedos and from what is seen, they are entering the building to be “married.”

The woman gasps at seeing them, steps away from the priest and holds her hand up declaring, “How offensive,” she says to them, with her hand up. “I won’t let you blemish the sanctity of marriage!”

However, she isn’t really offended at two sodomites getting “married.” She’s offended that they will do so with a stain on one of their shirts.

Quickly, she grabs Tide-to-Go stain remover and takes out the stain.

“There, flawless,” she declares. “Carry on boys.”

The commercial then ends with “Never tolerate the stain.”

Obviously, there is something that Christians could learn from that little statement. Never tolerate the sin!

Tide has aired other commercials featuring sodomites and their laundry detergent. Proctor & Gamble, the company that produces Tide responded to the commercial at NewsBusters saying, “Many people like to share creative ways on how Tide fits into their lives. This is one example of that, but we didn’t create this ad. We do appreciate all of our Tide fans – and how Tide-to-Go can save a wedding day.”

Still, they promoted it.

The Bible is clear: The stain of sin can’t be taken away with Tide. Only the blood of the Son of God washes whiter than snow (Psalm 51:7). Sodomy is sin (Lev. 20:13). Perverting marriage in anyway is sin (Lev. 18). Any violation of God’s law is sin (1 John 3:4). For Tide to even promote this kind of mockery of the Christian faith and the Bible is not only distasteful, but something that Christians should speak out loud on… and I don’t mean by just sending an email, letter or making a phone call. I mean speak with you pocketbook. Remember the old adage, “Money talks”? Let that speak volumes to P&G. Don’t buy their products. You are only funding your own destruction.