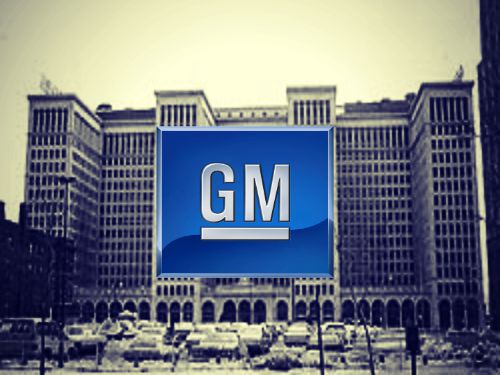 Here’s a blatant example of how U.S. megacorporations are above the law (or can buy it).

It’s also an example of the mental disconnect our society has about murder and how the average person’s buttons get so easily pushed to serve government agendas by the mainstream media.

The Department of Justice has quietly released a statement to little media fanfare that criminal charges will be filed against General Motors (not an individual, but the company itself… I guess it’s like Romney said, “Corporations are people too, my friend”) because the company has acknowledged it willfully kept information about the safety of millions of their cars from the National Highway Traffic Safety Administration and the unsuspecting public who buys them for years.

At least 174 people have reportedly died because of this company’s lies in this case.

The result? GM (the corporation) admitted the willful omission led to 15 deaths (the ones the company has acknowledged) and many severe injuries.

The defect consisted of an ignition switch that had been designed and manufactured with too-low torque resistance and could therefore move easily out of the “Run” position into “Accessory” or “Off” (the “Defective Switch”). When the switch moved out of Run, it could disable the affected car’s frontal airbags – increasing the risk of death and serious injury in certain types of crashes in which airbags were otherwise designed to deploy…

To date, GM has acknowledged a total of 15 deaths, as well as a number of serious injuries, caused by the Defective Switch.

Apparently GM only acknowledged the most obvious deaths they absolutely had to.

The bottom line is, GM knew the switch was faulty and they lied about it year after year to not only U.S. regulators but their customers, directly ending in many people’s otherwise avoidable deaths all over the country.

GM’s cars killed lots of people. GM knew it could happen and just kept on selling cars while people died on the roads in their products.

So what’s going to happen to GM now?

NOT A WHOLE LOT.

Deferred prosecution… and a fine.

GM has been ordered to pay $900 million to the U.S. government:

Mr. Bharara [the United States Secretary of Transportation] also announced a deferred prosecution agreement with GM (the “Agreement”) under which the Company admits that it failed to disclose a safety defect to NHTSA and misled U.S. consumers about that same defect…

The Agreement imposes on GM an independent monitor to review and assess policies, practices, and procedures relating to GM’s safety-related public statements, sharing of engineering data, and recall processes. The Agreement also requires GM to transfer $900 million to the United States by no later than September 24, 2015, and agree to the forfeiture of those funds pursuant to a parallel civil action also filed today in the Southern District of New York.

Hey! Sounds like a payday for the government. By the way, $900 million is less than a third of GM’s $2.8 billion in profit last year.

Talk about a slap on the wrist.

Oh, and if GM agrees to continue to acknowledge “responsibility” and accept independent monitoring, WAPO reports that the criminal case will be dropped in three years! None of GM’s employees involved will face any charges.

Do you see how that works?

“I have a saying about GM: There’s no problem too big that money can’t solve,” said Clarence Ditlow, executive director of the Center for Auto Safety. GM “is buying [its] way out of a criminal prosecution.” (source)

Now let’s talk for a second about gun violence. I know, what does that have to do with this? Only that people in this country completely lose their minds and run around screaming that everyone’s 2nd Amendment rights should be taken away every time an isolated case of a criminal (who obviously doesn’t follow gun laws like “don’t shoot innocent people” to begin with) shoots up a place.

Question: How many mass shootings have occurred in the U.S. which ended the lives of 15 or more people?

How many have ended in the deaths of 174 people?

So large corporations can allow millions of people and their families to pay to drive around in potential death traps for years and lie about it, killing 174 people and seriously injuring many others, and where’s the public outrage?

The clamoring to have GM officials involved personally held accountable?

The screaming for more laws directed at keeping giant corporations from doing this in the future?

If you’ll recall, the government (meaning the taxpayers in this case), bailed out General Motors to the tune of $50 billion not that long ago. In fact, the government reportedly “lost” $11.2 billion on that arrangement, writing it off as a loss in March 2014.

Oh, and look at how the DOJ release describes GM’s behavior in this case:

Since February 2014 and the inception of this federal criminal investigation, GM has taken exemplary actions to demonstrate acceptance and acknowledgement of responsibility for its conduct.

Do you ever hear the government talk this way about mass murderers who take prosecutors out to show the court where the bodies are buried? “Wow, what exemplary actions…”

Yeah, that’s the kind of ass kissing that $900 million buys. Read the whole DOJ statement. All the agencies involved are patting themselves on the back like they actually did something positive here.

And while gun violence is horrible and tragic and played up by the government and in the media for a gun control agenda that will ultimately affect everyone including the ability of law-abiding citizens to protect themselves, clearly you can see that corporations are allowed to willfully commit mass murder and all they have to do is pay a fine.

Who is the government really trying to “protect” here anyway? (That last question was rhetorical.)