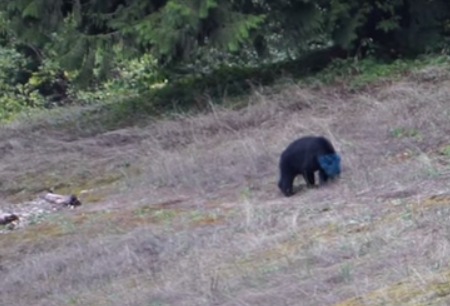 Earlier this month, two news items came in from the West Coast that are just… bizarre.

First up, this bear was spotted in Mission, British Columbia and no, this isn’t Photoshopped.

Here’s the video of it:

That bear’s head is blue.

Someone suggested maybe the bear stuck his head in a port-a-potty. Guess it’s possible, but…

Then you have this story of a blue… pig.

When a couple out on their ranch in Morgan Hill, California, saw a wild pig roaming the brush, they decided to shoot it and take it home for meat. After transporting the pig back home and draining its blood, the pair cut open the pig ready to skin and portion it, only to find this wild hog was hiding something quite unusual below the surface.

The pair were shocked to find that its fat was bright blue.

The fat was blue. 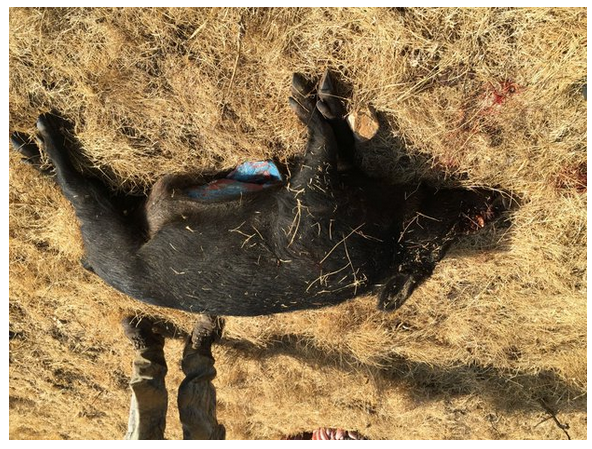 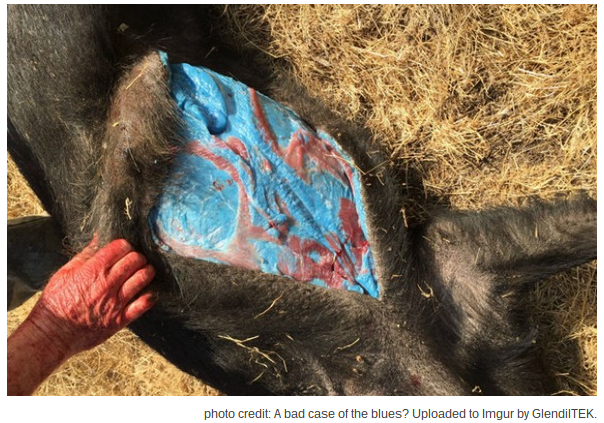 The pig was sent to University of California, Davis to solve the mystery. Until then, people are speculating about a copper mine in the area.