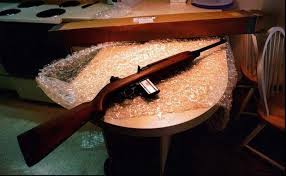 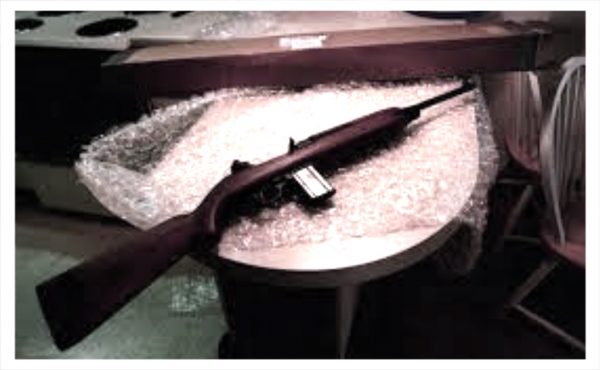 In an incredibly unconstitutional and downright unlawful action by a New Jersey court, a man who had possession of his grandfather’s World War II M1 Carbine rifle, which is considered an illegal “assault” weapon in New Jersey, has permanently lost all 21 of his firearms plus the legal right to own future firearms in New Jersey.

The New Jersey State Police seized Danny Burt’s M1 carbine and 20 other firearms in April 2013 after a temporary restraining order was lodged against him.

The M1 carbine could not be returned to him because it falls under the definition of an assault firearm, which is illegal to possess according to New Jersey law.

Burt claimed to have been in possession of the rifle since 2006, according to court documents, and that it contained sentimental value. He even said he had not even shot the rifle.

This is a piece not only of American history, but of family history for Burt.

The prosecution claimed that the “weapon is contraband” and “can never be returned” to Mr. Burt.

But that wasn’t all. These prosecutors sought to confiscate Burt’s entire gun collection of 21 firearms, plus his FID, declare him a second-degree felon and bar him from owning any guns in New Jersey.

A couple of things to point out. First, under the US Constitution, which I admit is to restrain the federal government, not the people and not the states, it states clearly that the keeping and bearing of arms is a right (a natural right given by God and not to be infringed upon, according to the Declaration of Independence). This is why I find no authority even in the states for any government to restrict or regulate the keeping and bearing of arms of the people. That right is not to be infringed… and that includes in the State of New Jersey.

New Jersey has stolen these weapons from Mr. Burt. They may claim legality, but they are acting unlawfully. Consider that this is the same state where GOP presidential candidate Chris Christie has been governor, appointed an anti-gun RINO as interim US senator, has been in bed with Muslim Brotherhood front groups that seek to remove gun owners’ rights, and though he he has vetoed some gun laws, gun control has expanded under his governorship.

New Jersey was also the home of Carol Bowne, who was murdered in cold blood on her own property as the government kept her from obtaining a weapon to defend herself.

I’m wondering if Mr. Burt will be another victim of the crimes of the State of New Jersey.