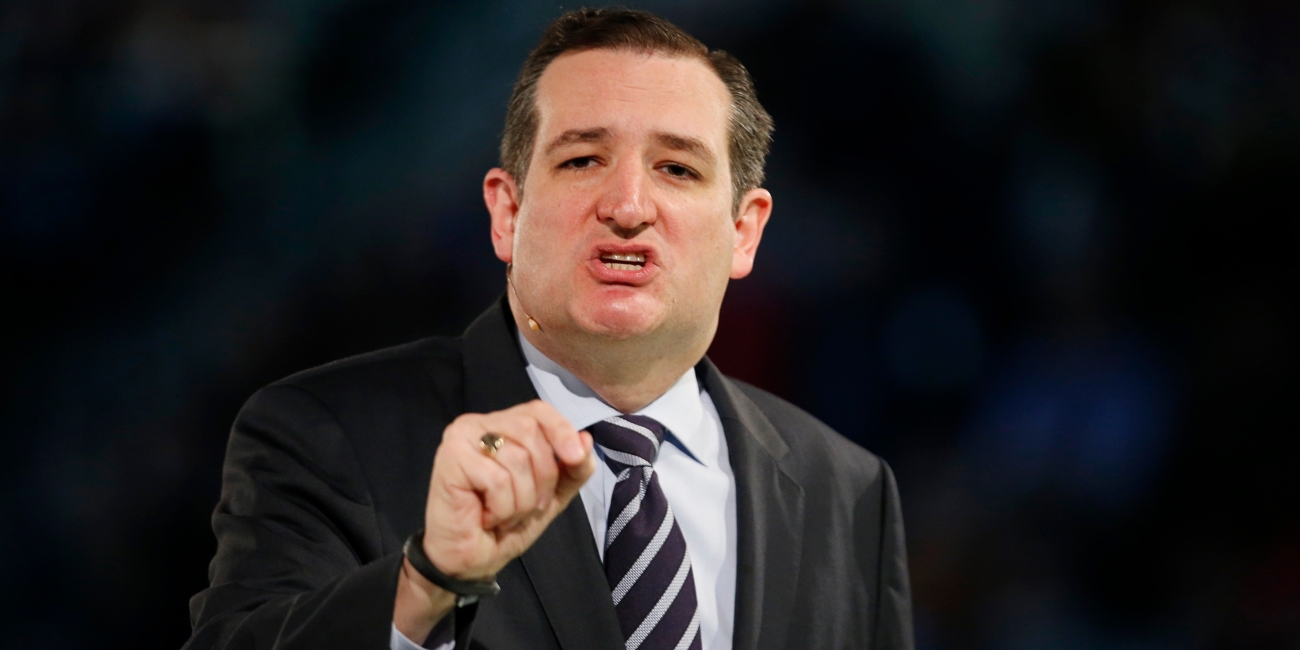 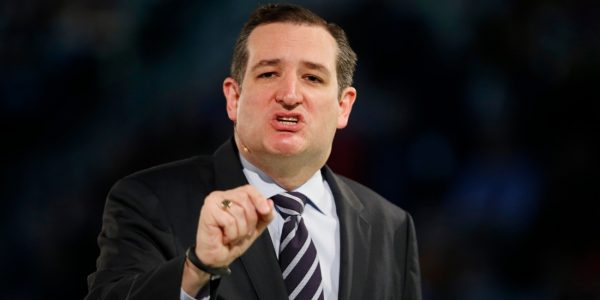 Senator Ted Cruz (R-TX), in responding to the comments concerning Ben Carson with regards to him not supporting a Muslim for president, claims that it is unconstitutional to exclude a Muslim from the presidency.

“You know, the Constitution specifies there shall be no religious test for public office and I am a constitutionalist,” the Texas senator said during the taping of “Iowa Press” at Iowa Public Television.

Specifically, Cruz was responding to Carson’s statement on NBC’s “Meet the Press,” where he said, “I would not advocate that we put a Muslim in charge of this nation. I absolutely would not agree with that.”

However, is Cruz right in his assertion of Article VI?

“…no religious test shall ever be required as a qualification to any office or public trust under the United States.”

Now, most people claim the Constitution is the “law of the land,” but the reality is that the Constitution only applies to the federal government. It is the boundaries of the authority that States delegated to their creature to do limited things. For the limits impose on each of the three branches, read here (Congress), here (Executive) and here (Federal Courts).

What the states wanted to do was eliminate any infringement by the federal government against the First Amendment, which applies to Christians, not just any religion.

So, can the people of the united States discriminate against Muslims as representatives? Absolutely, and yes, it’s constitutional. Why? Because Article VI applies to the federal government, not to the people and not to the states. This is exactly why I pointed out that Mitt Romney’s Mormon belief system has ramifications for public policy. It’s exactly why I have pointed out that Muslim theology has ramifications for public policy as well.

Can the federal government itself discriminate? No, and frankly, I believe that is a tremendous flaw in the system.

But for Cruz, he claims that a person’s faith is just between them and God. In responding to the current phase of rhetoric surrounding Donald Trump and a citizen’s claim that Barack Hussein Obama is a Muslim, Cruz said, “My view, listen. The president’s faith is between him and God. What I’m going to focus on is his public policy record.”

How does one separate their faith (what they believe) from their public policy? How exactly does that work Mr. Cruz?

He went on to speak about the Muslim invading “refugees” and said that Muslims should resettle in Middle Eastern countries, but that Christians were a different story.

And this is a serious problem when you consider that Jesus Christ taught and lived His life in public! When the scribes, Pharisees and temple guards came to arrest Him, notice what He said:

Then Jesus said unto the chief priests, and captains of the temple, and the elders, which were come to him, Be ye come out, as against a thief, with swords and staves? When I was daily with you in the temple, ye stretched forth no hands against me –Luke 22:52-53

The apostle John records the words shortly thereafter from Jesus to the high priest:

I spake openly to the world; I ever taught in the synagogue, and in the temple, whither the Jews always resort; and in secret have I said nothing. Why askest thou me? ask them which heard me, what I have said unto them: behold, they know what I said. –John 18:20-21

Men like Ted Cruz are attempting to somehow compartmentalize what a person believes versus what they do and you can’t do that. Jesus was open about what He believed, how He lived, and what He taught.

Christ sets the tone for all of His followers too. In fact, the apostle Paul wrote that people recognize we are His. How? It’s because of how we live our lives.

Ye are our epistle written in our hearts, known and read of all men. -2 Corinthians 3:2

So, neither Scripture nor Article VI would keep the people from discriminating against a Muslim from the office of president. In fact, when the States were first formed, their own constitutions determined that only Christians would hold office and it required a simple test oath. Just take a look at Delaware’s requirement for those who held office:

“Every person who shall be chosen a member of either house, or appointed to any office or place of trust…shall…make and subscribe the following declaration, to wit: ‘I ______ do profess faith in God the Father, and in Jesus Christ His only Son, and in the Holy Ghost, one God, blessed forevermore; I do acknowledge the holy scriptures of the Old and New Testaments to be given by divine inspiration.”

Or what of Pennsylvania’s constitutional requirement for someone to hold office, which was penned by none other than Benjamin Franklin:

“And each member [of the legislature], before he takes his seat, shall make and subscribe the following declaration, viz: ‘I do believe in one God, the Creator and Governour of the universe, the rewarder of the good and punisher of the wicked, and I do acknowledge the Scriptures of the Old and New Testament to be given by Divine Inspiration.“

America’s original founding father encouraged the same thing I have encouraged; and that is that Christians should be electing true Christians, whose lives and doctrine are known openly.

It seems that when it comes to Article VI, Ted Cruz is being about as forthright as he is about the Constitution’s requirement that those who seek the office of the presidency be a natural born citizen. Sorry Cruz, you are just wrong on both accounts. And before someone claims this is a hit piece, let me just remind you that what this is we refer to as “vetting” a candidate. I wish conservatives, patriots and Christians understood the difference.

*NEW* BOMBSHELL: Whistleblower EXPOSES Biden For Knowingly Imported HUNDREDS Of Afghan TERRORISTS In US In Brand New Report That Should Take Biden Down For GOOD
America's Freedom Fighters

Instead Of 0 Over 30 Years, Fourteen Canadian Doctors Have Died In The Past 14 Months After Taking The Experimental CONvid Shot
August 7th, 2022 Sons of Liberty Media

Now They Are Literally Bowing Down And Worshipping Baal Right In Front Of Our Eyes
August 7th, 2022 DC Clothesline

Why Is Walmart Laying Off So Many Workers?
August 7th, 2022 DC Dirty Laundry

Now They Are Literally Bowing Down And Worshipping Baal Right In...

Will The Left’s Corrupting Your Children Finally Make Violence An Acceptable...

Why Is Walmart Laying Off So Many Workers?