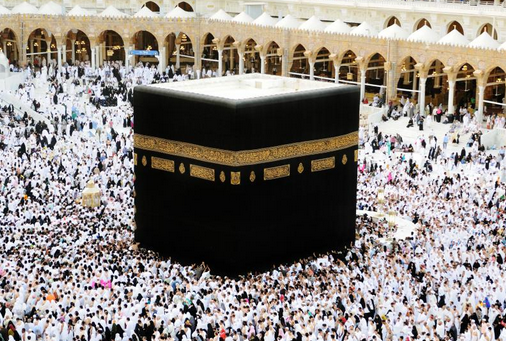 While the Pope was busy addressing Congress here in the U.S., some 717 people have been pronounced dead after a stampede at the Hajj pilgrimage to Mecca. Nearly 900 more pilgrims were injured.

Many of the victims were crushed and trampled to death as they were on their way to perform a symbolic stoning of the devil by throwing pebbles against three stone columns in Mina, a large valley about five kilometres from Mecca that has been the site of hajj stampedes in past years. (source)

This comes just days after two other dangerous and deadly incidents at Mecca. On September 21, a pre-dawn fire broke out at a 15-story hotel at Mecca caused 1500 people to flee, luckily only causing four injuries and no deaths. The fire was later attributed to a short circuit in one of the rooms.

On September 11, the last day of trading for the Shemitah year, a crane collapsed at Mecca, which is currently under construction, during a storm, killing 118 people and injuring 394 more.

Some people are suggesting religious sabotage at this point.