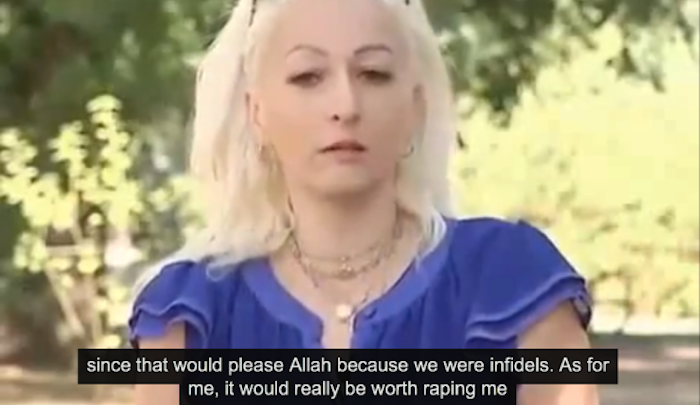 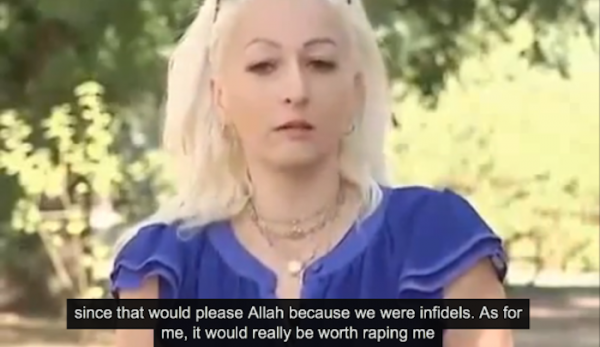 An Arabic-speaking European woman who traveled on a train departing Budapest alongside migrants reveals how the “refugees” robbed Hungarians, used children as human shields and threatened to take her hostage and rape her.

Aida Bolevár lived in the Middle East for five years and is fluent in Arabic. At the start of the video, she stresses that she is not trying to make the migrants look bad by telling her story.

Arriving at Keleti railway station in Budapest, Bolevár said she was shocked to see a mass of “filthy” people who refused to let her enter the building and tried to steal her luggage while hurling insults.

After witnessing some of the migrants “without shame, simply defecating where they stood,” Bolevár said some of the women were being beaten by their own husbands.

“All they could think to do in the heat of the moment was to grab the luggage of passersby and shout obscenities (at) them,” said Bolevár, adding that 90% of the migrants were men aged 18-45.

Bolevár says the men “grabbed random children” and tried to use them as human shields in order to board the train, Bedlam then ensued, with windows cracking and fights breaking out as waves of people surged onto the train.

Bolevár was sat near four other people who had purchased tickets for the train.

“They began talking to each other in a relaxed tone, considering whether or not they should rob us, since that would please Allah because we were infidels. As for me, it would really be worth raping me because I am not dressed like a proper woman, I haven’t got a hijab on my head, that is, I’m not Muslim, and so I am bad,” said Bolevár.

When Bolevár and the four other passengers attempted to get off the train, the migrants began discussing whether or not to take them as hostages and wouldn’t let them leave.

After Bolevár was finally able to walk back into the train station, she saw migrants carelessly throwing food onto the floor.

“Those people are the same ones that Europe accepted in the name of tolerance, so before we protect these people I suggest we learn the Arabic language,” she concluded.

Bolevár’s story provides yet more contradictions to the image of the migrants that has been portrayed by the mass media of humble people fleeing war who are polite and grateful. As the footage below illustrates, the reality is somewhat different.

As we previously reported, the German media and police in some areas are covering up rapes committed by migrants to as not to offend the flood of new Muslim “refugees” entering the country.

The Gatestone Institute has compiled a lengthy list of rapes committed by migrants in and around refugee camps in Germany, the victims of which are mainly teenagers and children (including other migrants and Germans living locally).

Schools in Germany situated near migrant camps are also warning girls not to wear shorts or skirts so as not to offend migrants and provoke “attacks”.

Meanwhile, in another video, “refugees” at a camp in the Netherlands complain about the facility having slow Internet, average food and not being given enough money to buy cigarettes.