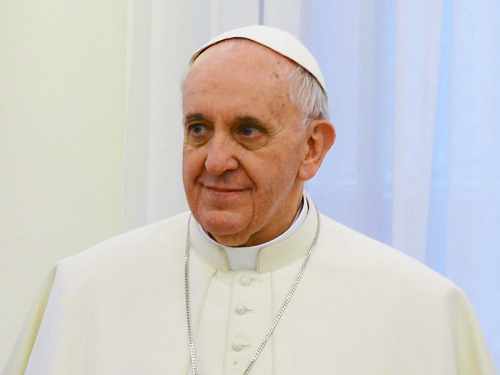 Anyone who is famous can expect to encounter a creepy fan or follower from time to time. It’s par for the course when everyone knows who you are. That principle is even more applicable when you’re famous for being the head of an entire religion. However, I’m sure that even the Pope was a little shocked to find that one of his looniest fans was a Congressman.

After Pope Francis delivered his speech to Congress on Thursday, he was followed by several legislators as he left the chamber. Representative Bob Brady of Philadelphia then sneaked over to his podium while his peers were busy shaking hands with the Pontiff, delicately picked up the Pope’s water glass, and took it to his office. There he drank from it, and shared it with his wife and two staffers before letting the family of Senator Bob Casey, dip their fingers in the water. Brady then saved the rest of the water so that he can bless his grandchildren with it. He also plans to have the glass dusted for fingerprints to prove its authenticity. The whole bizarre episode was photographed by his staffers, who happily shared the pictures with the media at Brady’s request.

And before you suggest that the Catholic Congressman was simply smitten by the Pope’s presence, apparently he did the same thing to Obama during his first inaugural address, though Brady says he didn’t drink from that cup. I guess being a delusional weirdo is just a fine prerequisite for becoming a Congressman.

Joshua Krause is a reporter, writer and researcher at The Daily Sheeple. He was born and raised in the Bay Area and is a freelance writer and author. You can follow Joshua’s reports at Facebook or on his personalTwitter.  Joshua’s website is Strange Danger .