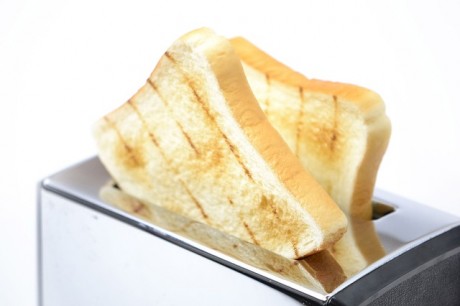 Are we about to witness the most important global financial event since the collapse of Lehman Brothers in 2008?  Glencore has been known as the largest commodities trading company on the entire planet, and at one time it was ranked as the 10th biggest company in the world.  It is linked to trillions of dollars of derivatives trades globally, and if the firm were to implode it would be a financial disaster unlike anything that we have seen in Europe since the end of World War II.  Unfortunately, all signs are pointing to an inescapable death spiral for Glencore at this point.  The stock price was down nearly 30 percent on Monday, and overall Glencore stock has plunged nearly 80 percent since May.  There are certainly other candidates for “the next Lehman” (Petrobras and Deutsche Bank being two perfect examples), but Glencore has definitely surged to the front of the pack.  Right now many analysts are openly wondering if the firm will even be able to survive to the end of next month.

If you are not familiar with Glencore, the following is a pretty good summary of the commodity trading giant from Wikipedia…

Glencore plc is an Anglo–Swiss multinational commodity trading and mining company headquartered in Baar, Switzerland, with its registered office in Saint Helier, Jersey. The company was created through a merger of Glencore with Xstrata on 2 May 2013. As of 2014, it ranked tenth in the Fortune Global 500 list of the world’s largest companies. It is the world’s third-largest family business.

For months, I have been warning about the consequences of the crash that we have been witnessing in commodity prices.  We saw a similar thing happen in 2008 just before the financial crisis that erupted in the fall of that year.  If commodity prices kept going down (which they did), it was only a matter of time before firms like Glencore started imploding.

At this point, Glencore owes almost twice as much money as the entire firm is worth…

Now there is every chance the merged operation could implode. If it does, it will be the resources sector’s very own Lehman Brothers moment.

With debt approaching $US30 billion and a market value of just $US16 billion, shareholders and those holding the debt are desperately looking for an exit.

The cost of Glencore’s credit default swaps – a financial instrument that insures against a default – soared overnight.

Actually, “soared” is a horrible understatement.

The cost of insuring Glencore’s debt is absolutely screaming into the stratosphere.  This is precisely what we would expect to see right before a “Lehman Brothers moment”.  Here are some of the specific details from the Wall Street Journal…

Investors had to pay on Monday more than $790,000 a year to insure $10 million of Glencore debt against default for five years using credit default swaps, according to Markit, more than 40% higher than Friday. At the beginning of the year, the same insurance cost $154,000.

When Glencore goes down, they will take a whole lot of others with them.  That is because Glencore is tied to trillions of dollars worth of derivatives trades all over the planet.  According to Zero Hedge, we are looking at “the start of a self-fulfilling prophecy which leads to the Companys’s IG downgrade and the collapse of trillions in derivative notionals as what may be the trading desk of the biggest commodity counterparty quietly goes out of business.”

For years I have been ranting about the danger of derivatives.  In article after article I warned that they would play a starring role in the next financial crisis.

Now the reality of what I was warning about is staring us right in the face.

The “nothing is happening” crowd is completely and utterly clueless.  There are these people running around telling everyone that the stock market decline is “over” and that we aren’t about to experience another great financial crisis.

I don’t understand how these people can be so ignorant.  Global giants such as Glencore, Petrobras and Deutsche Bank are imploding right in front of our eyes.  As I write this, stocks in Hong Kong are down 744 points and stocks in Japan are down 677 points.  The stock markets of the 10 largest economies on the entire planet are all crashing, but the mockers are going to continue to mock.  They will continue to tell you that “nothing is happening” even in the face of undeniable evidence to the contrary.

And the sad thing is that many of these mockers are given air time on the big mainstream news networks.  They will tell you that stocks are “oversold” and that you should “buy the dip” because stocks are going to be going back to record highs really soon.

I wish that was true.  Unfortunately, the reality of the matter is that we are finally witnessing the bursting of the last great global financial bubble.  I really like how Bill Holter put it recently…

In my opinion we are already well within the jaws of a meltdown/shutdown as liquidity is evaporating. There are a dozen developed countries with their stock markets already in bear markets (down 20% or more). All crashes come from oversold levels just as bank runs come on fast and are a surprise at the time. What is coming should be NO SURPRISE to anyone as we are looking at the end of not only an empire but of a flawed system which has endured for far too many years! This was a solvency problem in 2008 and “liquidity” was the incorrect tool used then. Now it is a bigger solvency problem with an illiquidity kicker attached …while the Fed has already used every tool imaginable and every last ounce of credibility. The loss of confidence in the issuer of the world’s reserve currency would be bad enough in an unlevered world, the loss of confidence in today’s “debt world” will be a DISASTER!

We are steamrolling toward a global economic collapse that will be permanent and irreversible.

For months, I have been warning that we were witnessing a textbook example of what the lead up to a major financial crisis looks like, and now it is happening.  All of this was completely and totally predictable for those that were willing to look at the signs.

Unfortunately, there are way too many people out there that think that they know it all and that have a tremendous amount of blind faith in the system.

Now the system is failing, and that blind faith is about to be shattered.