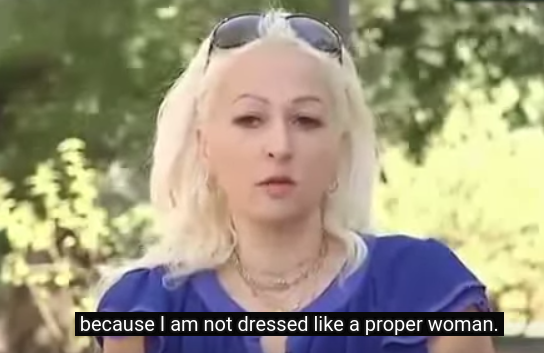 In the video below, the woman pictured above tells the story of what happened when her train to Vienna was besieged by migrants in Budapest. These people didn’t realize that the European woman was fluent in Arabic, and she overheard and understood everything being said around her.

A band of overwhelmingly adult male migrants (they try to spin it in the media like these waves of refugees are mostly women and children, but it’s not true) stormed her train car and casually threatened to take the five people who bought tickets hostage thinking no one else could understand what they were really saying.

(If your subtitles aren’t automatically activated, click the “cc” icon in the right-hand corner to turn them on.)

It has been reported elsewhere in the alt media (see interview below) that mainstream media sources in Germany are covering up rapes by migrants so as to quote, “not legitimize critics of mass migration”.

The current migrant situation has long been completely manufactured at the top to purposefully create a hostile division in society, a clash of cultures, while at the same time allowing the remapping of the Middle East in a staged civil war.