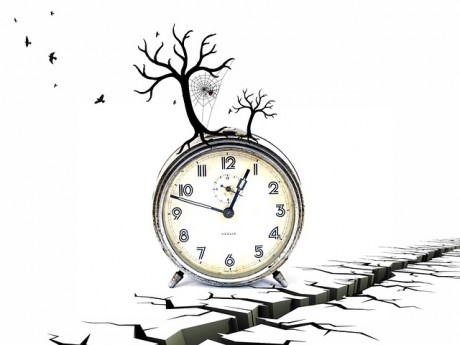 A lot of people out there expected something to happen in September that did not ultimately happen.  There were all kinds of wild theories floating around, and many of them had no basis in reality whatsoever.  But without a doubt, some very important things did happen in September.  As I warned about ahead of time, we are witnessing the most significant global financial meltdown since the end of 2008.  All of the largest stock markets in the world are crashing simultaneously, and so far the amount of wealth that has been wiped out worldwide is in excess of 5 trillion dollars.  In addition to stocks, junk bonds are also crashing, and Bank of America says that it is a “slow moving trainwreck that seems to be accelerating“.  Thanks to the commodity price crash, many of the largest commodity traders on the planet are now imploding.  I wrote about the death spiral that has gripped Glencore yesterday.  On Tuesday, the stock price of the largest commodity trader in Asia, the Noble Group, plummeted like a rock and commodity trading giant Trafigura appears to be in worse shape than either Glencore or the Noble Group.  The total collapse of any of them could easily be a bigger event than the implosion of Lehman Brothers in 2008.  So I honestly do not understand the “nothing is happening” crowd.  It takes ignorance on an almost unbelievable level to try to claim that “nothing is happening” in the financial world right now.

Within the last 60 days, we have seen some things happen that we have never seen before.

For example, did you know that we witnessed the greatest intraday stock market crash in U.S. history on August 24th?

During that day, the Dow Jones Industrial Average plunged from a high of 16,459.75 to a low of 15,370.33 before rebounding substantially. That intraday point swing of 1,089 points was the largest in all of U.S. history.

Overall, the Dow was down 588.40 points that day.  When you combine that decline with the 530.94 point plunge from the previous Friday, you get a total drop of 1119.34 points over two consecutive trading days.  Never before in history had the Dow fallen by more than 500 points on two trading days in a row.  If that entire decline had fallen within one trading day, it would have been the largest stock market crash in U.S. history by a very wide margin, and everyone would be running around saying that author Jonathan Cahn was right again.

But because this massive decline fell over two consecutive trading days that somehow makes him wrong?

Come on people – let’s use some common sense here.  We are already witnessing the greatest global stock market decline in seven years, and after a brief lull things are starting to accelerate once again.  Last night, stocks in Hong Kong were down 629 points and stocks in Japan were down 714 points.  In the U.S., the Nasdaq has had a string of down days recently, and the “death cross” that has just formed has many investors extremely concerned…

The Nasdaq composite spooked investors on Monday after forming a death cross, a trading pattern that shows a decline in short-term momentum and is often a precursor to future losses.

In the past month, similar chart patterns formed in the S&P 500, Dow and small-cap Russell 2000, but the Nasdaq avoided a death cross formation until Monday.

What we witnessed in September was not “the end” of anything.

Instead, it is just the beginning.

And if you listen carefully, some of the biggest names on Wall Street are issuing some very ominous warnings about what is coming.  For instance, just consider what Carl Icahn is saying…

Danger ahead—that’s the warning from Carl Icahn in a video coming Tuesday.

Even people like Jim Cramer are starting to freak out.  He recently told his audience that “we have a first-class bear market going”…

Jim Cramer, the ex-hedge fund manager and host of CNBC’s show “Mad Money,” has been vocal recently on air, saying repeatedly that he doesn’t like the market now, and last week said “we have a first-class bear market going.” Similarly, Gary Kaltbaum, president of Kaltbaum Capital Management, has been sending out notes to clients and this newspaper for weeks, saying the poor price action of the stock market and many hard-hit sectors, such as energy and the recently clobbered biotech sector, has all the earmarks of a bear market. Over the weekend, Kaltbaum said: “We remain in a worldwide bear market for stocks.”

As I have warned repeatedly, there will continue to be ups and downs.  The stock market is not going to fall every day.  In fact, on some days stocks will absolutely soar.

But without a doubt, we have entered the period of time that I have warned about for so long.  The global financial system is now beginning to unravel, and any piece of major bad news will likely accelerate things.

For instance, the total collapse of Deutsche Bank, Petrobras, Glencore, the Noble Group, Trafigura or any of a number of other major financial institutions that I am currently watching could create mass panic on the global financial stage.

In addition, an unexpected natural disaster that hits a financially important major city or a massive terror attack in the western world are other examples of things that could accelerate this process.

Our world is becoming increasingly unstable, and we all need to learn to expect the unexpected.

The period of relative peace and security that we all have been enjoying for so long is ending, and now chaos is going to reign for a time.

So get prepared while you still can, because there is very little time remaining to do so…