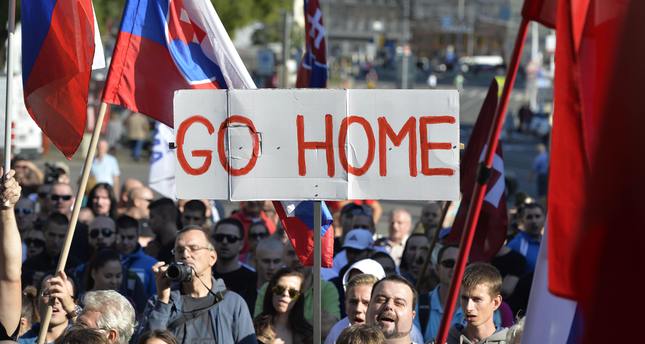 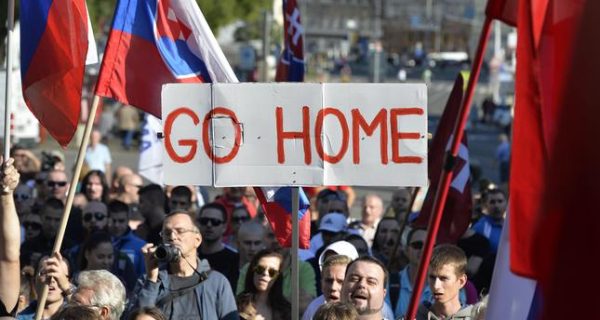 Europeans have had it with the way Muslim invaders are being welcomed with open arms into their countries. Just a couple of weeks ago, thousands of anti-Islamic invaders from thousands of protesters marched in a crusade following leaders in the Czech Republic, Poland and Slovakia opposing an European Union decision to dictate quotas.

SAMAA In the Polish capital Warsaw, nearly 10,000 people, many chanting anti-Islamic slogans, marched through the city, an AFP correspondent said. “Islam will be the death of Europe”, one of the banners said.

Another thousand or so joined a “Welcome refugees” rally in favour of hosting migrants in Poland, a strongly Catholic EU member state which has a population of 38 million and has seen hardly any newcomers arriving, despite Europe experiencing its biggest movement of people since World War II.

Around 1,500 anti-migrant protestors also rallied in the Slovak capital Bratislava, some holding up banners reading: “You’re not welcome here so go home”, an AFP correspondent said.

Police in the Czech capital Prague said some 800 people protested against the arrival of refugees and migrants, holding up banners saying: “Send them back!” and “Protect the borders”.

Apparently, all of Europe is not sitting on their hands as the Muslims invade the West. Here are a couple of videos of the protests.

And still the leaders in the Czech Republic are putting for the United Nations’ propaganda that the people have to accept their “fair share” of Muslim invaders.