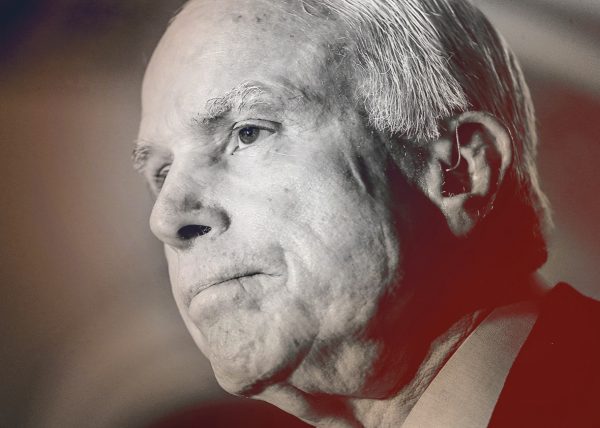 Senator John McCain reacted to Russia’s announcement that it had begun launching air strikes targeting ISIS militants in Syria by calling on the White House to arm Syrian rebels with weapons to shoot down Russian planes.

McCain initially responded to Fox News host Neil Cavuto’s question about whether he would shoot down Russian planes by saying no, but then went on to assert that he would arm Syrian rebels to carry out that very same task.

“I might do what we did in Afghanistan many years ago, to give those guys the ability to shoot down those planes, that equipment is available,” said McCain, adding that the Free Syrian Army would shoot down the planes, “just like the Afghans shot down Russian planes after Russia invaded Afghanistan.”

McCain is referring to how the United States armed Islamic militants in the 1970s, a policy that led to the rise of the Taliban, Al Qaeda, the Muslim Brotherhood and Osama Bin Laden.

Senator McCain is opposed to Russia’s bombing of ISIS terrorists because he believes that Moscow is using this explanation as a cover to attack US-backed Syrian rebel forces who are trying to topple Bashar Al-Assad.

Although the rebels have fought against ISIS, there are numerous accounts of the FSA and other jihadist groups handing over their weapons to Al-Qaeda affiliates and in some cases defecting outright to join ISIS. The FSA has also been accused of a number of war crimes, some of which are on a par with ISIS.

McCain also made reference to claims that the Russian air strikes had claimed civilian lives, although Moscow vehemently denies this, with spokesperson for the Russian Defense Ministry Igor Konashenkov asserting, “Russian jets did not use weapons on civilian infrastructure or in its vicinity.”