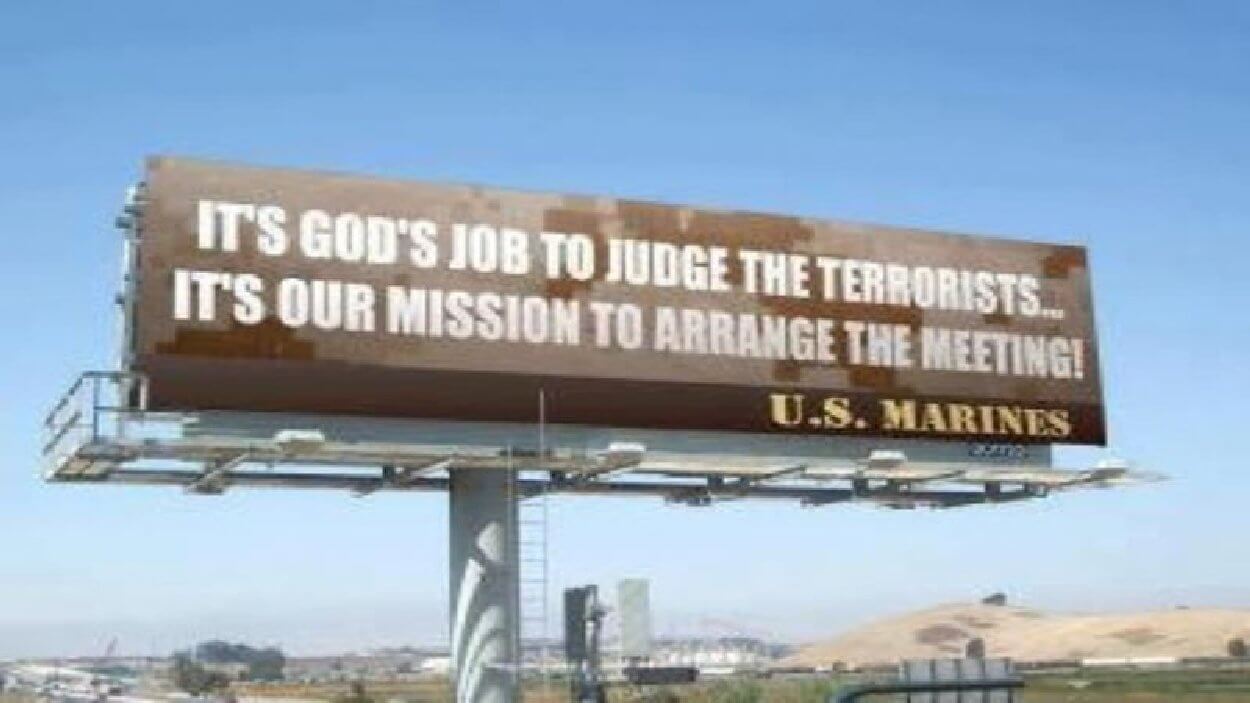 While the Islamic State provides increasing threats and Hollywood style video executions (you have to wonder who is really behind these jihadists) in which they threaten America, the United States Marines simply provide a warning to the “Jihad Johnnys” of the world. Their message is simple, “It’s God’s job to judge the terrorists… It’s our mission to arrange the meeting!”

There’s no need to go into detailed video production. In fact, the US Marines have been known throughout history as those who are known “From the halls of Montezuma to the shores of Tripoli.”

Marines were there, as part of the Navy (the only military branch described and authorized in the US Constitution) in the beginning under the letters of marque and reprisal issued by Congress under President Thomas Jefferson in the Barbary Wars. They were deemed as leathernecks because of the leather stock they wore around their neck not only for posture, but to guard themselves against sword cuts from Arab Muslims.

While we continue to hear of the threats from Islamists, the reality is that though there are some among us and around the world, I have yet to see any of these cowards actually come out in the open against the men of America. They issue threats behind cameras, they sneak under the cover of darkness and even attempt to behead women like Pamela Geller. However, they know better than to mess with real American men, especially those in the service of America under the banner of US Marines.

Will these militant Islamists heed the warning, or be sent to a swift and just reward where Allah dwells in Hell? I suppose the choice is up to them.

In fact, these warnings have been given for quite some time. Sergeant Jeremy Knauff warned after the Chattanooga shooting that the Islamic State would “learn soon enough of the Brotherhood of Marines” and Marine John McCall openly dismissed the call to not wear his uniform because it might make him a target for Islamic jihadists.

Marines are definitely a band of brothers and it seems to me that any rabid follower of Islam should either repent of their wicked following of the doctrines of devils or prepare to meet God… specifically the judge of all men, the King of kings and the Lord of lords, the Lord Jesus Christ. Should they attack, US Marines are happy to send them on their way… and so are the rest of us!