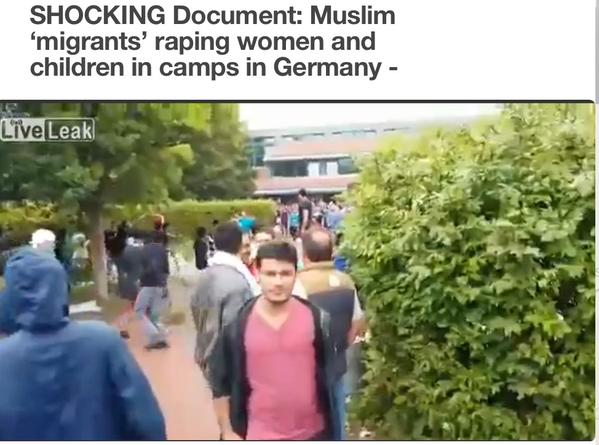 According to an editorial comment in the German newspaper Westfalen-Blatt, police are refusing to go public about crimes involving refugees and migrants because they do not want to give legitimacy to critics of mass migration. As a result, one recent rape was hushed up by the police for nearly three months, leaving other potential victims ignorant of the danger.

This is England: A growing number of women and young girls housed in refugee shelters in Germany are being raped, sexually assaulted, and even forced into prostitution by male asylum seekers, according to German social work organisations with first-hand knowledge of the situation.

Many of the rapes are occurring in mixed-gender shelters, where, due to a lack of space, German authorities are forcing thousands of male and female migrants to share the same sleeping areas and restroom facilities.

Conditions for women and girls at some shelters are so perilous that females are being described as “wild game” fighting off Muslim male predators. But many victims, fearing reprisals, are keeping silent, social workers say.

At the same time, growing numbers of German women in towns and cities across the country are being raped by asylum seekers from Africa, Asia, and the Middle East. Many of the crimes are being downplayed by German authorities and the national media, apparently to avoid fueling anti-immigration sentiments.