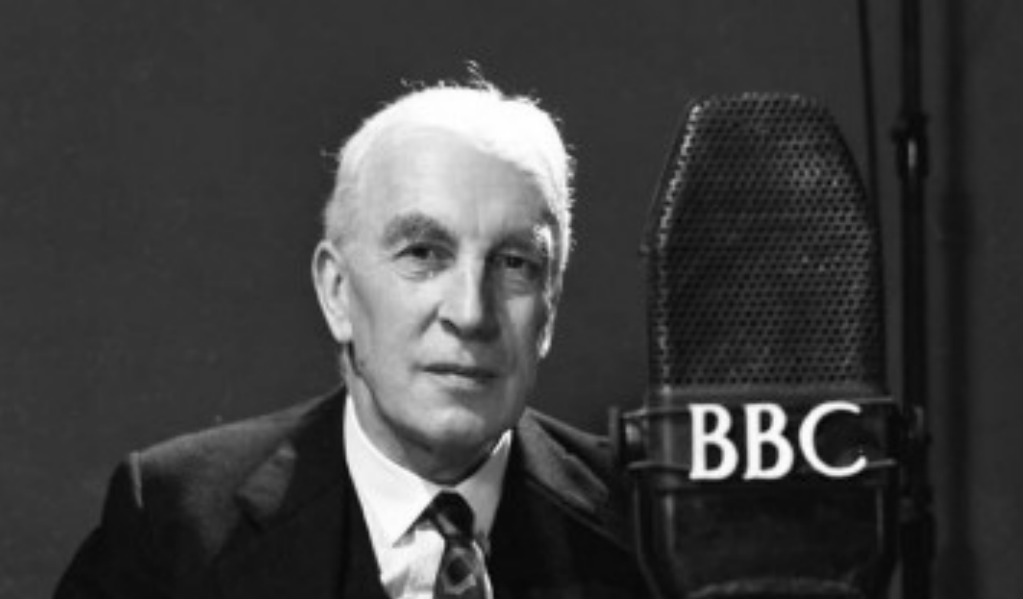 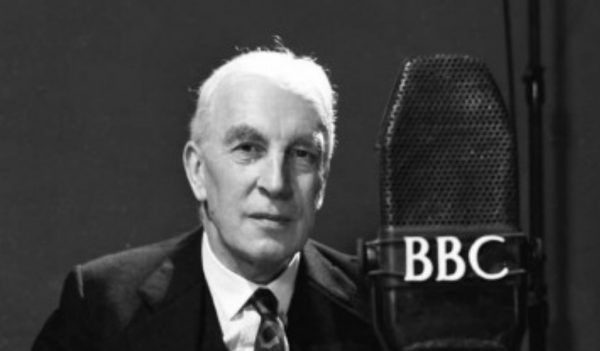 Historian Arnold Joseph Toynbee died OCTOBER 2, 1975. He provided foreign intelligence for the British during World Wars I and II, and served as a delegate to the Paris Peace Conferences following both wars.

Arnold Joseph Toynbee was educated at Oxford “almost entirely in the Greek and Latin Classics.”

Toynbee taught at King’s College of London, the London School of Economics, and the Royal Institute of International Affairs.

Toynbee authored many history books, including Greek Policy Since 1882 (1914), and The Murderous Tyranny Of The Turks (London, New York: Hodder & Stoughton, 1917), in which he wrote:

“Turks…from Central Asia, ruled during the first two centuries of their conquests by…unscrupulous Sultans, who subjugated the Christian populations of Asia Minor and South-Eastern Europe, compelling part of these populations to embrace Mohammedanism,

and supporting their own power by seizing the children of the rest, forcibly converting them to Islam, and making out of them an efficient standing army, the Janizaries, by whose valour and discipline the Turkish wars of conquest were carried on from early in the 15th down into the 19th century.”

“The Greeks were leaders of civilization in the Ancient World and in the Middle Ages, till the Greek Empire of Constantinople was conquered by the Turks in 1453…

The Armenians were the first people to make Christianity their national religion… They produced a fine literature and architecture, which Turkish conquest destroyed…

Turks have repressed all symptoms of Armenian revival by massacres…”

Tracing the history of the Islamic State, Toynbee continued:

“There are three stages in the history of Ottoman tyranny…

Osman, its founder, from whom the Osmanli Turks take their name, was the hereditary chief of a wandering band of Turkish freebooters from Central Asia…carve(d) out a principality for himself at the expense of the neighboring Christians…

This Ottoman dominion, which started thus in the 13th century with a few square miles of territory in North-Western Asia Minor, expanded during the next 300 years till it stretched from within a few miles of Vienna to Mecca and Baghdad.

It destroyed the Ancient Empire of Constantinople, which had preserved Greek learning during the Middle Ages; the free Christian kingdoms of Bulgaria, Serbia, Bosnia, Wallachia, Moldavia and Hungary…

Such a career of destructive conquest was a disaster to civilization, and it was only made possible by a ruthless militarism…”

“The Ottoman method of conscription was to take a tribute of children from the conquered Christians so many children from each family every so many years bring them up in barracks as fanatical Moslems and train them as professional recruits.

These ‘Janissaries,’ militarized from their youth up and divorced from every human relation except loyalty to their war-lord, were the most formidable soldiers in Europe, and each new Christian land they conquered was a new field of recruitment for their corps.

The Ottoman Empire literally drained its victims’ blood, and its history as a Vampire-State is unparalleled in the history of the world.”

“This was the first stage in Ottoman history;

the second…was internal and external decay.

The Empire was cut short by Austria, Russia and other foreign powers;

“This was the policy of Abd-ul-Hamid, who reigned from 1876 to 1908, and his method was to set one race against another.

Kurds were encouraged to massacre the Armenians; the Turkish soldiers were ordered to join in the massacre when the Armenians put up a resistance…

Turkish troops came up and burned the village for treason against the Ottoman State.”

Toynbee described the brief euphoria when dictator Abd-ul-Hamid was deposed and they were promised democracy.

But high hopes were dashed when this Turkish ‘Spring’ was co-opted by fundamentalist Muslims who began a genocide, as Toynbee described:

In the SECOND STAGE they were hounded on to destroy each other by the Machiavellian policy of Abd-ul-Hamid.

When the Young Turks came into power in 1908 they announced a program of ‘Ottomanisation.’

The Turks drive forth Greeks and Bulgars destitute from their homes and possessions.

The Magyars mobilize troops to terrorize Slovaks and Romanians at the elections;

The Young Turks have pursued their nationalistic program by butchery.

The Adana massacres of 1909…occurred within a year of the proclamation of the Young Turk Constitution, which assured equal rights of citizenship to all inhabitants of the Empire.

In 1913 the Turkish Army was engaged in exterminating the Albanians because they had an un-Ottoman national spirit of their own.

This work was interrupted by the Balkan War, but the Turks revenged themselves for their defeat…by exterminating all Greeks and Slavs left in the territory they still retained…

Only a third of the two million Armenians in Turkey have survived, and that at the price of apostatizing to Islam or else of leaving all they had and fleeing across the frontier.

The refugees saw their women and children die by the roadside, and apostasy too, for a woman, involved the living death of marriage to a Turk and inclusion in his harem.

The other two-thirds…were marched away from their homes…with no food or clothing for the journey, in fierce heat and bitter cold, hundreds of miles over rough mountain roads.

They were plundered and tormented by their guards, and by subsidized bands of brigands, who descended on them in the wilderness, and with whom their guards fraternized.

Parched with thirst, they were kept away from the water with bayonets.

They died of hunger and exposure and exhaustion, and in lonely places the guards and robbers fell upon them and murdered them in batches some at the first halting place after the start, others after they had endured weeks of this agonizing journey.

About half the deportees and there was at least 1,200,000…perished thus on their journey,

and the other half have been dying lingering deaths ever since at their journey’s end; for they have been deported to the most inhospitable regions in the Ottoman Empire:

-the malarial marshes in the Province of Konia;
-the banks of the Euphrates where, between Syria and Mesopotamia, it runs through a stony desert;
-the sultry and utterly desolate track of the Hedjaz Railway…

In Syria there is a reign of terror…”

“The ‘Deportation Scheme’ was drawn up by the central government…

“Turkish rule…is now, oppressing or massacring, slaughtering or driving from their homes, the Christian population of Greek or Bulgarian stock…Armenia and Cilicia, and Syria, where within the last two years it has been destroying its Christian subjects…

The Young Turkish gang who gained power when they had deposed Abd-ul-Hamid, have surpassed even that monster of cruelty in their slaughter of the unoffending Armenians.

It proceeded…to expel the Greek-speaking inhabitants of Western Asia Minor, and to exterminate the Armenians…

The Muslim peasant of Asia Minor is an honest, kindly fellow when not roused by fanaticism…

Arnold Toynbee was a correspondent for the Manchester Guardian during the Greco-Turkish War (1919-1922).

His 12-volume Study Of History (1934-1961), described the rise, flowering, and decline of 26 cultures from Egypt, Greece and Rome to Polynesia and Peru.

After World War II, Toynbee wrote Historians Approach To Religion (1956), and Change And Habit: The Challenge Of Our Time (1966), in which he predicted that China would become the major global power if the United States and the Soviet Union could not maintain world order.

“Civilizations die from suicide, not by murder,” argued Toynbee, who saw religion as a prime motivation in history.

“When I started, religion was not a prominent feature…

In writing my study, I have been constantly surprised to find religion coming back to fill an even greater place.”

The course of human history consists of a series of encounters… in which each man or woman or child…is challenged by God to make the free choice between doing God’s will and refusing to do it.

When Man refuses, he is free to make his refusal and to take the consequences.”