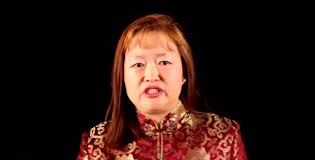 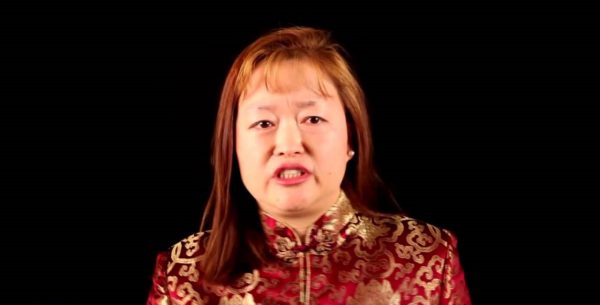 This is yet more evidence for the reason to remove your kids from the public indoctrination centers called public schools and demand that your representatives abolish the federal Department of Education. A Chinese immigrant mother of three testified before the Colorado State Board of Education that what is being passed off as Common Core is actually the same Communist indoctrination that she experienced as a child in Communist China.

Lily Tang Williams, told the board, “Common Core, in my eyes, is the same as the Communist core I once saw in China. I grew up under Mao’s regime and we had the Communist-dominated education — nationalized testing, nationalized curriculum, and nationalized indoctrination.”

“I came to this country for freedom and I cannot believe this is happening all over again in this country,” she continued. “I don’t know what happened to America, the Shining City on the Hill for freedom.”

She also warned against Americans comparing their children and their “education” to those being indoctrinated in China.

“I am telling you, Chinese children are not trained to be independent thinkers,” she said. “They are trained to be massive skilled workers for corporations. And they have no idea what happened in Tienanmen Square in 1989 where government ordered soldiers to shoot its own 1,000 students.”

She blasted and exposed the usurpation of the federal government in the area of education.

“Federal government holds the stick,” she pointed out. “International corporations hold the money.”

She then reminded the board of what we have stood for in the past, which drew her to America. “Individual rights,” she thundered. “Individual liberty. That’s what I came to this country for. Do you just want our kids to be test machines? Workers — cheap workers for corporations?”

“America is great,” she continued. “Don’t compare yourselves to China. That’s why lots of Chinese are trying to come here — to try to be free. And they all tell you, ‘Do not go after the Chinese Communist education.'”

She then pointed out exactly what China is turning out. She said that their indoctrination system is to make slaves of men. It is nothing more than to produce good test scores and machine workers, but also brainwashed minions who lack the ability to think critically.

“I was brainwashed so bad it took me ten years in this country to get out of it,” she said.

Williams wrote a piece for FreedomWorks earlier this year. “I want to use my story as a Chinese immigrant to wake up Americans because this country is the Shining City on the Hill I came here for.”

“From the NSA keeping records on us in massive databases to Common Core nationalization of exams and curriculum; what is happening now is very unlike the America I came to find,” she wrote. “The worst, I fear, is that Common Core could be used by the government and corporations to do data collection and data mining on our children. What else could come to take away more of our rights and privacy? Our freedom is very precious and we must fight to keep it. Without freedom, you are just a slave, no matter how much money you have.”

“Trust me to say this because I have lived under tyranny before and will never want to live in it again,” Williams concluded. “I took a long journey from tyranny to liberty. I don’t want to go back into tyranny.”

I would say that America’s parents would do well to open their eyes and ears to what Ms. Williams is saying. True education provides a learning environment in which the center of all knowledge must be the Creator, the Lord Jesus Christ (Jn. 1:1; Col. 1:16; Prov. 1:7). It is where true liberty begins, and yes, you can do it parents! I know you can because this is what God has commanded of us as parents in relation to our children. Plus, there is even a resource to help you get started today for free today! Break away from the Beast’s indoctrination centers and set brushfires of freedom in the minds of your children today!